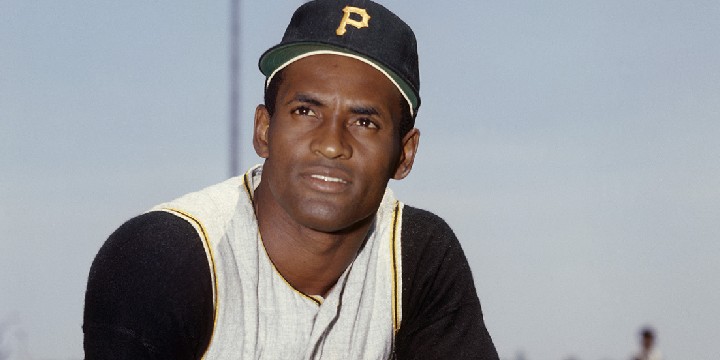 Here are the top 80 Roberto Clemente quotes that will push you to pursue your dreams despite the pain!

Roberto Clemente was a Puerto Rican baseball player who had 3,000 hits in his career.

He also advocated for racial equality and players’ rights in baseball.

Baseball was Roberto’s life, and he dedicated most of his time to practicing and playing the sport.

He was a kind and hard-working person that inspired many people.

We hope these quotes serve as a reminder to be kind and courageous in reaching your aspirations in life!

Read the complete collection below.

And don’t forget to check out these baseball quotes and Yogi Berra quotes.

1. “I am convinced that God wanted me to be a baseball player.”

4. “I felt kind of bashful when the fans went crazy. I’m a very quiet, shy person, although you writers might not believe because I shout sometimes.”

6. “I would be lost without baseball. I don’t think I could stand being away from it as long as I was alive.”

7. “Any time you have an opportunity to make a difference in this world, and you don’t, then you are wasting your time on Earth.”

9. “I couldn’t ask for better teammates, and the Pirate fans are the greatest in baseball.”

11. “I want to be remembered as a ballplayer who gave all he had to give.”

13. “There’s no difference between me and you. You need something, a glove, a place to live. You let me know.”

14. “Why does everyone talk about the past? All that counts is tomorrow’s game.”

15. “A nation without heroes is nothing.”

16. “It was a much bigger thrill to play on a winning team in 1960 than for me to win the batting title in 1961 when we finished sixth. When you’re with a bad team, you don’t have the incentive to keep going. Winning is such fun.”

17. “They’ve been knocking me down all season in the National League, and I’ve still gotten my share of base hits.”

18. “I bought my parents their home in Puerto Rico and gave them possessions they never thought they’d ever see.”

21. “I dedicated the hit to the Pittsburgh fans, and to the people in Puerto Rico, and to one man in particular—the one man who carried me around for weeks, looking for a scout to sign me.”

22. “I loved the game so much that even though our playing field was muddy and we had many trees on it, I used to play many hours every day.”

24. “When I was a boy, I realized what lovely people my mother and father were. I was treated real good. I learned the right way to live.”

25. “I think the fans in Pittsburgh are the best in baseball. They’ve always been on my side, even when I’m going bad. I’ve made plenty of friends, and I would not trade these people for anybody, anywhere.”

26. “I gonna rest. If the pain is still there, I won’t come back to spring training. I don’t want to play the way I play now. I can’t do nothing. That’s like, I steal money from the club.”

27. “I thought the MVP was something the ball club could be proud of because it gave our whole team recognition.”

28. “Nobody does anything better than me in baseball.”

34. “The Dodgers told me a big bonus was no good, and they said other players would resent it. Better for me to take a small amount of money and work my way.”

35. “My mother has the same kind of an arm, even today at 74. She could throw a ball from second base to home plate with something on it. I got my arm from my mother.”

36. “If a Latin player is sick, they said, it is all in their head. I’m sick of these people who make these statements. They call me ‘Jake.’ It is Roberto. Roberto Walker Clemente.”

40. “They said you’d really have to be something to be like Babe Ruth, but Babe Ruth was an American player. What we needed was a Puerto Rican player they could say that about, someone to look up to and try to equal.”

41. “I had offers from Dodgers, Giants, and Braves. Braves offer same amount as Dodgers, but I have many friends on Brooklyn team. I feel more at home there, and I sign.”

42. “I used to watch Monte Irvin play when I was a kid. I idolized him. I used to wait in front of the ballpark just for him to pass by so I could see him.”

44. “I think he had the best eye, best stance, and sharpest cut of all the big leaguers playing in Puerto Rico. He also field real good and throw like a bullet.”

45. “I want to thank my teammates for being a bunch of swell guys. I want to thank Branch Rickey for giving me the opportunity of playing baseball. Most of all, I want to thank the people of Pittsburgh whose encouragement helped me win this award. They deserve the best.”

46. “I think all human beings are equal, but one has to unceasingly fight hard to maintain that equality.”

48. “The farther away you writers stay, the better I like it, you know why? Because you’re trying to create a bad image of me. You do it because I’m Black and Puerto Rican, but I’m proud to be Puerto Rican.”

49. “To the people here, we are outsiders—foreigners.”

50. “Some people act like they think I live in the jungle someplace.”

51. “When Martin Luther King died, they come and ask the Black players if we should play. I say, if you have to ask Black players, then we do not have a great country.”

52. “The first day that I get to Fort Myers, there was a newspaper down there. The newspaper said, ‘Puerto Rican hot dog arrives in town.'”

53. “My father was the 87th Latino to be in the major leagues, but he was the first one to be able to speak up and become an activist against prejudice—not only in baseball but also in society, and that took a lot to be able to do that.”

55. “I like people that suffer because these people have a different approach to life from the people that have everything and don’t know what suffering is.”

Roberto Clemente Quotes About His Journey to Success

57. “Jamie is one of the most accomplished pitchers in Mariners’ history, leading the major leagues in winning percentage over the last eight years, but it is his commitment to making the difference in the life of those in need through the Moyer Foundation that has made people see you as a great baseball player and a great humanitarian.”

58. “I pitch and play shortstop. I no play outfield until pro ball.”

59. “This is my ballpark. Every game is played in daylight, and I can see the ball good, and I can reach the stands in any direction. I hope I’m never traded, but if I am, I wish it would be to the Cubs. I know I do well there in 77 games.”

60. “May show me how to field and throw. I learn to hit myself. Nobody show me.”

62. “I love the game too much to quit, but right now, I can’t run or swing a bat too well. I had my tonsils out two weeks ago in Pittsburgh, and that helped, but I still have the pain. I am studying to be a civil engineer in Puerto Rico, so that’s what I’ll do if I have to give up baseball.”

63. “I didn’t like the trade. Santurce is close to my hometown, and I like the fans there. They are good to me and cheer me all the time. I may not go back. I may work in Pittsburgh.”

64. “I was looking for an inside pitch. I don’t know whether it was a fastball or not, but it came in a little inside, and I was ready for it. I know it went out of here fast. Last year, I hit one harder to the left-field bleachers—that was a high fly ball, but this was a line drive. And I liked this hit better because it won the game.”

65. “You win the batting title yourself. They can’t take that away from you.”

67. “Some days, pain so much I think maybe I quit baseball, but I need money, so I play baseball.”

68. “I just try to sacrifice myself, so I get runner to third. If I do, I feel good. But I get hit and Willie scores, and I feel better than good. What makes me feel most good is that the skipper let me play the whole game. I think, maybe, he take me out after a few innings for Aaron, but no, he pay me a big compliment. I stay in-game, and that gave me confidence. I think I don’t let him down, no?”

Roberto Clemente Quotes That Will Tell You More About Him

71. “Brooklyn was a famous team. I wanted to play for the Dodgers.”

72. “I’m a big supporter of our military and police, and the protesters have no right to be obstructing people like they are.”

73. “I had good reason to lose my head. That was the second time they call me out on a play I thought I had beat. That’s enough to make anybody mad.”

74. “I am tired of playing in a shadow. Everything I do, they compare to Paul Waner. I am not Paul Waner’s shadow. I try not to let it bother me, but I get tired of the things some people say.”

75. “I see a lot of guys who look stylish at the plate, but they don’t hit the ball very often.”

76. “I will try to play this season out, then rest for a while. Then, I will play some winter baseball, and if my back still hurts, I’ll quit.”

77. “You could have put salt and pepper on me and fried me out in right field.”

78. “I do not care about home runs. The pitch is always away from me, and it is foolish to try to pull this pitch for a home run. The pitcher does not wish it so, and I don’t try. I am not foolish.”

80. “Only in Philadelphia, I think, maybe I will try for the home run, but I do not think so. Even in L.A., I make the hits which the pitcher cannot stop, and that is better than striking out and will drive out the pitcher, too.”

Did This Collection Inspire You to Pursue Your Goals?

Roberto Clemente was a victim of discrimination because of his race. Yet, his struggles did not stop him from his love of baseball and achieving his dreams.

He even used his platform to speak up for his fellow Black and Latino people. Moreover, he was a humanitarian that devoted his free time to charity and helping other people.

Unwavering passion and commitment were things that he taught us in this collection. And even though he already passed on, he continues to remind us that the pain and hardships are worth it once you reach your dreams.

Which Roberto Clemente quote is your personal favorite? Are there any other quotes you’d like us to add? Comment down your thoughts below!