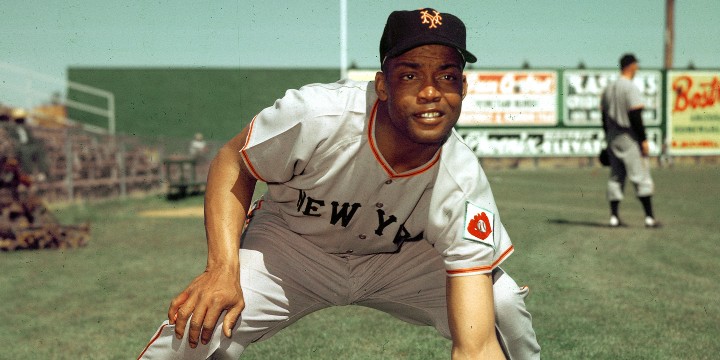 Be inspired to hit back hard against life’s challenges through these top 30 Willie Mays quotes.

During his many seasons, he played for the New York Mets, the New York Giants, and the San Francisco Giants. He has impressive stats with 660 home runs and over 3,000 hits in his 22-season MLB career.

He’s had an epic run in baseball, and he left an indelible mark in the world of sports. Even though he’s already retired, all sports enthusiasts can still learn from his wise words.

So, if you’re curious about him, read through this list of Willie Mays quotes!

And make sure to check out these baseball quotes and Barry Bonds quotes.

1. “What you are thinking, what shape your mind is in, is what makes the biggest difference of all.”

2. “It isn’t hard to be good from time to time in sports. What is tough is being good every day.”

3. “Defense to me is the key to playing baseball.”

4. “Never assume the other guy will never do something you would never do.”

5. “If you can do that⁠—if you run, hit, run the bases, hit with power, field, throw and do all other things that are part of the game⁠—then you’re a good ballplayer.”

6. “Baseball is a game, yes. It is also a business. But what it most truly is, is disguised combat. For all its gentility, its almost leisurely pace, baseball is violence under wraps.”

8. “I think I was the best baseball player I ever saw.”

12. “I can’t tell you about moments because I wasn’t into that. I just played every day and enjoyed what I was doing. When I made a great catch, it was just routine. I didn’t worry about it. Winning was important. Winning.”

13. “In order to excel, you must be completely dedicated to your chosen sport. You must also be prepared to work hard and be willing to accept constructive criticism. Without 100% dedication, you won’t be able to do this.”

14. “One of the hardest parts of practice is the criticism a player takes from his coaches. Some players think a coach has it in for them when a flaw in style is pointed out. I know that when things start going wrong, for one, I get the coach to keep his eye on me to see what I’m suddenly doing wrong. I can’t see it, or I wouldn’t be doing it in the first place.”

15. “I think I was programmed to do good things when I came into the majors. I knew how to play.”

16. “I always enjoyed playing ball, and it didn’t matter to me whether I played with White kids or Black. I never understood why an issue was made of who I played with, and I never felt comfortable, when I grew up, telling other people how to act.”

17. “I remember the last season I played. I went home after a ballgame one day, lay down on my bed, and tears came to my eyes. How can you explain that? It’s like crying for your mother after she’s gone. You cry because you love her. I cried, I guess, because I loved baseball, and I knew I had to leave it.”

18. “That’s how easy baseball was for me. I’m not trying to brag or anything, but I had the knowledge before I became a professional baseball player to do all these things and know what each guy would hit.”

Willie Mays Quotes to Ponder On

20. “I was very fortunate to play sports. All the anger in me went out. I had to do what I had to do. If you stay angry all the time, then you really don’t have a good life.”

21. “I didn’t think like that, about best seasons. What if you thought ’97 was your best year⁠—what would you do now? I never looked back. I couldn’t dwell on last year’s season. I always looked forward. I never worried about what other people were doing⁠—except the guy I was playing against.”

Willie Mays Quotes to Learn More About His Personality

24. “I would try and help everybody because the game was so easy for me. It was just like walking in the park.”

25. “Over the years, a lot of organizations have asked me to be their spokesman, or have wanted me to make speeches about my experiences as a Black athlete or to talk to Congressmen about racial issues in sports. But see, I never recall trouble. I believe I had a happy childhood. Besides playing school sports, we’d play football against the White kids. And we thought nothing of it, neither the Blacks nor the Whites. It was the grown-ups who got upset. I never got into a fight that was caused by racism.”

More Willie Mays Quotes for You to Enjoy

28. “Youngsters of Little League can survive under-coaching a lot better than over-coaching.”

29. “I’m a very lucky guy. I had so many people help me over the years that I never had many problems. If I had a problem, I could sit down with someone, and they would explain the problem to me, and the problem becomes like a baseball game.”

Did These Willie Mays Quotes Inspire You to Look at Life More Optimistically?

Willie Mays is, no doubt, an icon in baseball and an inspiration to all aspiring athletes. But, beyond that, he also motivates many people outside pitches, home runs, and hits.

One of his most meaningful lines goes, “What you are thinking, what shape your mind is in, is what makes the biggest difference of all.” This is a very relevant lesson that anyone from any career path and culture can reflect on.

Often, we look at life at face value. Because of that, we fail to see that our mindset affects how things unfold in our lives. Unfavorable circumstances aren’t only negatives; if you take a moment to breathe, analyze, and reevaluate, you might realize that it’s actually a stepping stone toward something greater.

While Willie Mays will forever remain one of our most beloved center fielders, let’s remember some important lessons from him that transcend the world of sports. With that, we hope we were able to inspire you through these Willie Mays quotes we’ve collected. Feel free to revisit this list whenever you need some motivation!

Are you a fan of baseball? What other lessons did you learn from these Willie Mays quotes? Please, share your thoughts below.