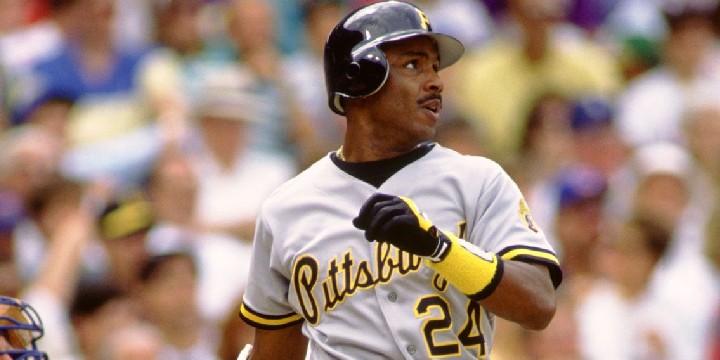 He had talent, and his talent produced record-breaking numbers. With 762 home runs in his MLB career, his legacy in the sport cannot be questioned.

Sadly, despite all his achievements in the field, Barry Bonds will forever be remembered for his use of performance-enhancing drugs or steroids. Many people in the field of baseball, as well as fans, considered him a cheater.

Regardless of this fact, Barry Bonds’s sheer talent can never be ignored, and he will remain one of the greatest baseball players of all time.

So, if you want to learn more about him and his career, read through to the end of this collection.

And don’t forget to check out these baseball quotes and Willie Mays quotes.

1. “I never stop looking for things to try and make myself better.”

3. “Everyone in society should be a role model—not only for their own self-respect but for respect from others.”

4. “But to be the best, you must face the best. And to overcome your fear, you must deal with the best.”

5. “Those boos really motivate me to make something happen.”

6. “I like to be against the odds. I’m not afraid to be lonely at the top. With me, it’s just the satisfaction of the game. Just performance.”

7. “I think of myself as ‘catching’ the ball with my bat and letting the pitcher supply the power.”

9. “Young players need to know how to take care of themselves for life after baseball.”

10. “Every pitcher can beat you; it doesn’t matter how good you are.”

11. “There’s not too many rich Black people in this world.”

12. “It’s not the name that makes the player. It’s the player. If all sons of players could play in the major leagues, they’d all be up here, but they’re not.”

Barry Bonds Quotes for Those Who Want to Understand His Mindset

16. “I’m a very private person. My life story isn’t for everybody.”

17. “If you want to be on top, you’ve got to have broad shoulders because as fast as you get there, the faster they try to knock you down.”

18. “Age is how you feel. If you take care of yourself, you’ll be able to do the same things. You may not do it as often. But you can still do it.”

Barry Bonds Quotes to Get a Glimpse of His Career

19. “As an athlete, you only have so much time. The window only has so much time, and then it closes. You have to take care of yourself the best you can.”

20. “I don’t know if the record is going to happen. I don’t really think about the record. There are other things I worry about.”

21. “I’d like to help educate kids about the Major Leagues—what to anticipate, what to expect, and what they’ll need to do to prepare themselves.”

22. “When I was playing, it would be whatever role I wanted. Now it’s whatever they ask me to do, which I kind of like better.”

23. “I’m an expert in baseball, and I don’t even have a job. I’m an expert, more so than a lot of people out there. It should be my career until I’m dead. I should be one of the instructors. I think I’ve earned it.”

24. “It’s a relief now to be able to stand next to my godfather and finally feel like I’ve accomplished something in the game of baseball.”

More Barry Bonds Quotes That Zoom in on Baseball

25. “There is nothing better than walking out and hitting a home run.”

26. “I don’t know if steroids are going to help you in baseball. I just don’t believe it. I don’t believe steroids can help eye-hand coordination and technically hit a baseball.”

27. “I don’t know what you guys say, but at home, life is way different from baseball.”

28. “Serra High school, to me, was my most enjoyable time for me in my entire life. That was the only time I was free. We just played baseball because it was fun.”

29. “Making the Hall of Fame, would it be something that’s gratifying because of what I’ve sacrificed? Sure. Baseball has been a big part of our lives. We’ve sacrificed our bodies. It’s the way we made our living.”

30. “I think some of the pressure comes from the expectations of other people. Like if your father played baseball, they expect you to be the big lifesaver or something when you play a sport.”

What’s Your Opinion on Barry Bonds’s Career and Decisions?

Some people put their whole souls and beings into their careers. Especially in sports, one has to really give their all to succeed and win. For Barry Bonds, he spent years of his life trying his best to put a spotlight on his own achievements instead of being known just as Bobby Bonds’s son.

He showed off his talent, worked hard, and did whatever he could to bring his team to greatness. However, by using steroids to enhance his performance on the field, everything he tried to build up crumbled right before him. This is why one of the lessons we’ve learned from Barry Bonds is to always be ready and prepare for life after baseball—after a specific career path.

Our careers can’t be the be-all and end-all of our lives. As he so famously said, “Young players need to know how to take care of themselves for life after baseball.” Remember that there will still be lots to look forward to in life after your career, after a mistake, and after a fall.

Are you a fan of Barry Bonds? What’s your favorite quote from the collection? We’d love to hear from you, so comment below!