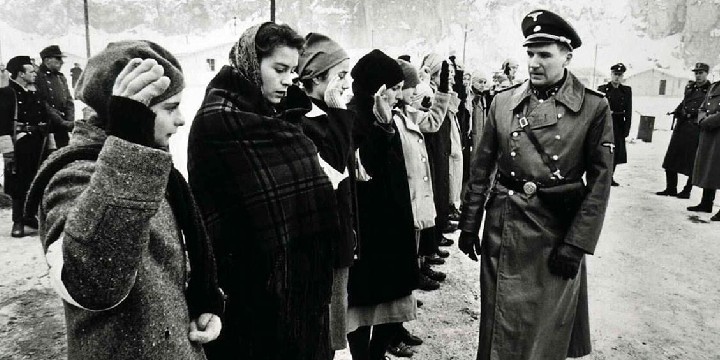 Let these Schindler’s List quotes give you the power to start change, no matter how small!

We all know the gruesome history between the Nazi Germans and the Jews. It’s a dark tale filled with blood and a clamor for justice. However, aside from this sad history, we also gain hope through Oskar Schindler in Schindler’s List.

Oskar was a courageous Nazi German who fought to save thousands of Jews during the Holocaust. He employed Jewish workers in his business to hide them from certain death. His actions caused a ripple effect that will forever be remembered in history.

No doubt, the hope and courage he gave to so many people will remain in their hearts till the end of time. Today, Schindler is celebrated as a great man who made an insurmountable difference in the life of others.

Check this collection of the best Schindler’s List quotes to revisit the tumultuous days of the past. Read through to the end and be inspired by Oskar Schindler’s actions!

And don’t forget to check out these Hacksaw Ridge quotes and Gangs of New York quotes.

1. “It’s Hebrew. It’s from the Talmud. It says, ‘Whoever saves one life, saves the world entire.’” – Itzhak Stern

2. Oskar Schindler: “Power is when we have every justification to kill, and we don’t.”

Oskar Schindler: “That’s what the Emperor said. A man steals something, he’s brought in before the Emperor, and he throws himself down on the ground. He begs for his life, he knows he’s going to die. And the Emperor pardons him. This worthless man, he lets him go.”

Amon Göth: “I think you are drunk.”

3. Oskar Schindler: “In every business I tried, I can see now, it wasn’t me that failed. Something was missing. Even if I’d known what it was, there’s nothing I could have done about it because you can’t create this thing. And it makes all the difference in the world between success and failure.”

4. “This list is an absolute good. The list is life. All around its margins lies the gulf.” – Itzhak Stern

5. “My father was fond of saying you need three things in life: a good doctor, a forgiving priest, and a clever accountant. The first two, I’ve never had much use for.” – Oskar Schindler

6. “War brings out the worst in people.” – Oskar Schindler

Oskar Schindler: “Well, I’m a German, so there we are.”

8. “Today is history. Today will be remembered. Years from now, the young will ask with wonder about this day. Today is history, and you are part of it. Six hundred years ago, when elsewhere they were footing the blame for the Black Death, Casimir the Great so-called told the Jews they could come to Krakow. They came. They trundled their belongings into the city. They settled. They took hold. They prospered in business, science, education, the arts. They came with nothing. And they flourished. For six centuries, there has been a Jewish Krakow. By this evening, those six centuries will be a rumor. They never happened. Today is history.” – Amon Göth

9. “This is very cruel, Oskar. You’re giving them hope. You shouldn’t do that. That’s cruel!” – Amon Göth

10. “They won’t soon forget the name ‘Oskar Schindler’ around here. ‘Oskar Schindler,’ they’ll say, ‘Everybody remembers him. He did something extraordinary. He did what no one else did. He came with nothing, a suitcase, and built a bankrupt company into a major manufactory. And left with a steamer trunk, two steamer trunks of money. All the riches of the world.’” – Oskar Schindler

Schindler’s List Quotes to Give You a Glimpse of History

Itzhak Stern: “Oskar, there are eleven hundred people who are alive because of you. Look at them.”

Oskar Schindler: “If I’d made more money—I threw away so much money. You have no idea. If I’d just—.”

Itzhak Stern: “There will be generations because of what you did.”

Oskar Schindler: “I didn’t do enough!”

Itzhak Stern: “You did so much.”

13. “The unconditional surrender of Germany has just been announced. At midnight tonight, the war is over. Tomorrow, you’ll begin the process of looking for survivors of your families. In most cases, you won’t find them. After six long years of murder, victims are being mourned throughout the world. We’ve survived. Many of you have come up to me and thanked me. Thank yourselves. Thank your fearless Stern, and others among you who worried about you and faced death at every moment. I am a member of the Nazi Party. I’m a munitions manufacturer. I’m a profiteer of slave labor. I am a criminal. At midnight, you’ll be free, and I’ll be hunted. I shall remain with you until five minutes after midnight, after which time—and I hope you’ll forgive me—I have to flee. I know you have received orders from our commandant, which he has received from his superiors, to dispose of the population of this camp. Now would be the time to do it. Here they are; they’re all here. This is your opportunity. Or, you could leave, and return to your families as men instead of murderers. In memory of the countless victims among your people, I ask us to observe three minutes of silence.” – Oskar Schindler

16. “Stern, if this factory ever produces a shell that can actually be fired, I’ll be very unhappy.” – Oskar Schindler

Oskar Schindler: “The sun is going down.”

Rabbi Menasha Levartov: “Yes it is.”

Oskar Schindler: “What day is it? Friday? It is Friday, isn’t it?”

Rabbi Menasha Levartov: “Is it?”

Oskar Schindler: “What’s the matter with you? You should be preparing for the Sabbath, shouldn’t you? I’ve got some wine in my office. Come.”

Oskar Schindler: “These people. My people. I want my people.”

20. Oskar Schindler: “Someday, this is all going to end, you know. I was going to say we’ll have a drink then.”

Itzhak Stern: “I think I’d better have it now.”

21. Helen Hirsch: “My first day here, he beat me because I threw out the bones from dinner. He came down at midnight and asked for them. And I asked him—I don’t know how, I could never ask him now—I said, ‘Why are you beating me?’ He said, ‘The reason I beat you now is because you ask why I beat you.’”

Oskar Schindler: “I am sorry for your troubles, Helen.”

Helen Hirsch: “I have accepted them.”

Helen Hirsch: “One day, he will shoot me.”

Oskar Schindler: “No, he won’t shoot you.”

Helen Hirsch: “He will. I see things. We were on the roof on Monday, young Lisiek and I, and we saw the Herr Kommandant come out of the house on the patio right there below us, and he drew his gun and shot a woman who was passing by. Just a woman with a bundle, just shot her through the throat. She was just a woman on her way somewhere, she was no faster or slower or fatter or thinner than anyone else, and I couldn’t guess what had she done. The more you see of the Herr Kommandant, the more you see there are no set rules you can live by. You cannot say to yourself, ‘If I follow these rules, I will be safe.’”

Oskar Schindler: “He won’t shoot you because he enjoys you too much. He enjoys you so much he won’t even let you wear the star. He doesn’t want anyone to know it’s a Jew he’s enjoying. He shot the woman from the steps because she meant nothing to him. She was just one of a series, neither offending him nor pleasing him.”

22. “Not essential? I think you misunderstand the meaning of the word. I teach history and literature; since when it’s not essential?” – Chaim Nowak

23. Oskar Schindler: “I’m not making any judgments about you. I just know that in the coming months, people are going to need more portable wealth.”

Rudolph Höss: “I could have you arrested.”

Oskar Schindler: “I’m protected by powerful friends. You should know that.”

Rudolph Höss: “I do not say that I am accepting them. All I say is that I’m not comfortable with them on the table.”

24. Oskar Schindler: “I could try to read this, or I could eat my lunch while it’s still hot. We’re doing well?”

Oskar Schindler: “Any reason to think next month will be worse?”

Itzhak Stern: “The war could end.”

25. Amon Göth: “Scherner told me something else about you.”

Amon Göth: “That you know the meaning of the word ‘gratitude.’ That it’s not some vague thing with you like it is with others. You want to stay where you are. You’ve got things going on the side; things are good. You don’t want anybody telling you what to do. I can understand all that. You know, I know you. What you want is your own sub-camp. Do you have any idea what’s involved? The paperwork alone? Forget you’ve got to build the f*cking thing; getting the f*cking permits is enough to drive you crazy. Then the engineers show up. They stand around, they argue about drainage, foundations, codes, exact specifications, parallel fences 4 kilometers long, and 6,000 kilograms of electrified fences. I’m telling you, you’ll want to shoot somebody. I’ve been through it, you know, I know.”

Oskar Schindler: “Well, you know, you’ve been through it. You could make things easier for me. I’d be grateful.”

More Schindler’s List Quotes for Those Curious About the Past

Oskar Schindler: “I will not accept that.”

27. “I have to find every rag buried up here and burn it. The party’s over, Oskar. They’re closing us down, sending everybody to Auschwitz.” – Amon Göth

30. “Why do you drink that motor oil? I send you good stuff all the time. Your liver’s going to explode like a grenade.” – Oskar Schindler

Did Oskar Schindler Make You Believe You Can Do Great Things?

We all want to do something extraordinary—maybe something more significant than life itself. Sadly, before we even try, we’re discouraged by the world and lose confidence in ourselves. We tend to think that only those in the seat of power can make a difference.

This line of thinking is wrong, and we can see why in Schindler’s List. During the Holocaust, only the der Führer, Hitler, had supreme power. Compared to him, Schindler was a speck of dust.

Yet, even when it seemed like the world was against him, Schindler did his best to help in any way he could. As a result, he saved more than a thousand lives. Because of him, the Jews could live on for many more generations.

Though he thought this was only a small number, today, we understand just how big of a contribution and how much courage was required to make it work. Schindler gave hope to people who thought nothing else awaited them but death.

Through Schindler’s List, we understand that even our smallest actions could affect thousands of people. So, do your best to ensure that your actions will only lead to positive outcomes. Positive change is hard to start, but you alone are enough to do it!