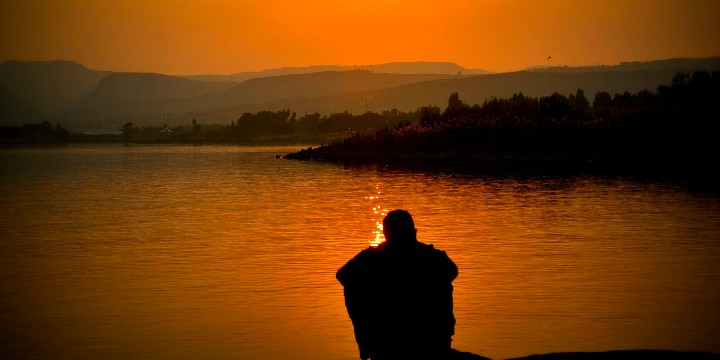 These suicide quotes will show you that you are not alone in your struggle and that suicide is not the answer to your problems; it will only worsen them.

Suicide is a common occurrence among people of all ages, especially teenagers. They believe that they can escape reality and their problems by killing themselves. But, it will only create new problems and make their loved ones feel guilty and depressed.

Problems in life are inevitable; they are designed to make you stronger. Always remember that you are not alone in your struggle and that problems are only temporary.

So, here are some quotes to remind you to keep on living because suicide will never be the solution.

And make sure to read these depression quotes and healing quotes.

1. “Suicide doesn’t end the chances of life getting worse, it eliminates the possibility of it ever getting any better.” – Anonymous

2. “Suicide is a permanent solution to a temporary problem.” – Phil Donahue

3. “But in the end, one needs more courage to live than to kill himself.” – Albert Camus

5. “Because if you kill yourself, you’re also going to kill the people who love you.” – Anonymous

6. “When people kill themselves, they think they’re ending the pain, but all they’re doing is passing it on to those they leave behind.” – Jeannette Walls

7. “Suicide is a serious thing. And if you know anyone who is suicidal, you need to get them help. No one should be in pain. Everyone should love themselves.” – Gerard Way

8. “The real reason for not committing suicide is because you always know how swell life gets again after the hell is over.” – Ernest Hemingway

9. “No man should put an end to this life to obtain that better life we look for after death, for those who die by their own hand have no better life after death.” – St. Augustine

11. “Taking your life is just an excuse to run away from your problems. Permanently.” – Mary Gaohlee Thao

13. “Suicide does not mean there was no killer.” – Anonymous

16. “One, who suicides, is itself a killer and itself a victim. To trigger that has its decision, and own will, no one else.” – Ehsan Sehgal

18. “Suicide is not a blot on anyone’s name; it is a tragedy.” – Kay Redfield Jamison

19. “We need to change the culture of this topic and make it okay to speak about mental health and suicide.” – Luke Richardson

20. “Suicide is the most sincere form of self-criticism.” – Anonymous

21. “To run away from trouble is a form of cowardice and, while it is true that the suicide braves death, he does it not for some noble object but to escape some ill.” – Aristotle

22. “Suicide is not so much the desire to die, as it is the fear of living.” – Anonymous

23. “I’m not disparaging suicides when I call them weak, I’m pointing out that anybody who would consider doing a thing like that needs help. I don’t think a normal, mentally healthy person commits suicide.” – Jesse Ventura

25. “People do not die from suicide, they die from sadness.” – Anonymous

26. “Suicide is the way out of life, but, leaving everyone behind is the way into sadness.” – TheKatAttack

27. “Perhaps the saddest irony of depression is that suicide happens when the patient gets a little better and can again function sufficiently.” – Dick Cavett

29. “Most of the time, people who die by suicide don’t want to actually die. They just don’t want to be alive, and there is a huge difference.” – Roxanne Macdonald

30. “If you’re looking for a sign not to kill yourself tonight, this is it.” – Anonymous

31. “The bravest thing I ever did was continuing my life when I wanted to die.” – Juliette Lewis

32. “On average, since the urge to kill myself, isn’t so strong that I actually kill myself, the world is worth living in.” – Tao Lin

33. “Life is short enough, there is nothing worth here to take your life, and those things we do gain can never be taken to our grave.” – Anthony Liccione

34. “There was a moment in my life when I really wanted to kill myself. And there was one other moment when I was close to that. But even in my most jaded times, I had some hope.” – Gerard Way

35. “Suicide is the punctuation mark at the end of many artistic careers.” – Kurt Vonnegut, Jr.

36. “Hope is a necessity for normal life and the major weapon against the suicide impulse.” – Karl A. Menninger

37. “If you are troubled by thoughts of suicide, speak up. Asking for help is an act of bravery that will change your life for the better.” – Caitlyn Miller

38. “Suicide doesn’t end the pain. It just gives it to someone else.” – Anonymous

39. “Suicide is the dumbest possible way of getting revenge. Why is that? Because the people you want to strike back at are the very same folks who won’t even remember you a week after you’re gone, while the people you want to spare most―the people who love you―are the ones who will have to live with the pain of your suicide for the rest of their lives.” – David J. Lieberman

40. “The person who completes suicide dies once. Those left behind die a thousand deaths, trying to relive those terrible moments and understand―why?” – Clark

41. “The reality of suicide is far different from the fantasy. Most suicidal thinkers romanticize their death by suicide, failing to realize that any suicide gesture or attempt can result in permanent brain, kidney, or liver damage, loss of limbs, blindness, or even death.” – Susan Rose Blauner

42. “Suicide doesn’t end the pain. It only lays it on the broken shoulders of the survivors.” – Billy Graham

Suicide Quotes to Help You Understand the Seriousness of the Problem

43. “Suicide is complex, there’s never a single reason why a person contemplates taking their own life, and there are no absolute indicators that a person could be in that state.” – Steve Crisp

44. “People think that those who commit suicide are against life―they are not. They are too lusty for life, they have a great lust for life; and because life is not fulfilling their lust, in anger, in despair, they destroy themselves.” – Osho

45. “In most cases, suicide is a solitary event and yet it has often far-reaching repercussions for many others. It is rather like throwing a stone into a pond; the ripples spread and spread.” – Alison Wertheimer

46. “No one ever committed suicide while reading a good book, but many have tried while trying to write one.” – Robert Byrne

47. “Suicide is much easier and more acceptable in Hollywood than growing old gracefully.” – Julie Burchill

48. “Suicide is not all that easy a thing to do, to give up your life. What kind of pain compels people to do this? I don’t know what word to use in English―it’s horrifying that a human can be in this condition. What have they provided them with?” – Gulzar

49. “Suicide creates a monstrous emotional upsurge of shame and guilt. Everyone participates in feeling responsible and even shamed at knowing the suicidal candidate. If these feelings are not healed the vampire of suicidal death can strike again and again.” – Linda Lee Landon

50. “People try to say suicide is the most cowardly act a man could ever commit. I don’t think that’s true at all. What’s cowardly is treating a man so badly that he wants to commit suicide.” – Tommy Tran

Informative Suicide Quotes for Raising Awareness on the Issue

51. “Emotional abuse is the leading reason for suicide victims.” – Anonymous

52. “When one realizes that his life is worthless he either commits suicide or travels.” – Edward Dahlberg

53. “Imagine how many suicide victims would still be with us if only the right person said the right thing at the right time.” – Wayne Gerard Trotman

54. “But suicide isn’t selfish. I’ve seen why suicide can feel like not just a choice, but the only choice.” – Paul McGregor

56. “Suicide is a word that often has a negative connotation. People think it is a cowardly action and people are only asking for attention. The one thing they don’t realize is how this person was hurt so much that they felt the need to end their life.” – Anonymous

57. “There is but one true philosophical problem and that is suicide.” – Albert Camus

58. “Suicide is best understood not so much as a movement toward death as it is a movement away from something and that something is always the same: intolerable emotion, unendurable pain, or unacceptable anguish.” – Maurizio Pompili and Roberto Tatarelli

59. “Many argue that suicide is a senseless act but in truth, it requires a great deal of consideration and psychological factors before a person is drawn to taking their own life. Understanding this is key to getting people the help that they need.” – Zac Thompson

60. “Gay teenagers are four times as likely to attempt suicide as straight ones. I wish they knew that there’s nothing wrong with them; that they are just a different shade of normal.” – Jodi Picoult

61. “In my view, suicide is not really a wish for life to end. It is the only way a powerless person can find to make everybody else look away from his shame. The wish is not to die, but to hide.” – Orson Scott Card

62. “The only difference between suicide and martyrdom is press coverage.” – Chuck Palahniuk

63. “The world is full of ‘friends’ of suicide victims thinking ‘if I had only made that drive over there, I could have done something.” – Darnell Lamont Walker

65. “No neurotic harbors thoughts of suicide which are not murderous impulses against others redirected upon himself.” – Sigmund Freud

66. “I think many people kill themselves simply to stop the debate about whether they will or they won’t.” – Susanna Kaysen

67. “In the case of the Japanese, they usually commit suicide before they make any apology.” – Chuck Grassley

68. “Talking about suicide with someone you’re worried about won’t put the idea in their head. Being able to talk about it out loud takes the power away from the thoughts, which are so very powerful. It is a relief to know that someone else knows and cares enough to ask. Depression and suicidal thoughts allow for a cycle of isolation, but for someone in your life, you might be the one who can break that.” – Roxanne Macdonald

69. “They tell us that suicide is the greatest piece of cowardice, that suicide is wrong; when it is quite obvious that there is nothing in this world to which every man has a more unassailable title than to his own life and person.” – Arthur Schopenhauer

Did These Quotes Help You Become More Aware of Suicide and How to Prevent It?

Suicide can be caused and brought forth by many things. Some people don’t know how to deal with difficulties and instead choose to flee their misery, abandoning their loved ones and leaving them behind.

But, no matter how hard life may be, you must not give up and waste your valuable life. Remember that problems will pass, but the love and care of those around you will last a lifetime. Be brave enough to face life’s challenges and seek resources to help you escape your misery.

Life isn’t always a bed of roses, and you’ll face your share of setbacks. Don’t let these things get the best of you; gather yourself and never give up. We hope that these suicide quotes were able to help you become more aware of the issue and inspire you to help someone feel better.

Which of these suicide quotes inspired you to face life’s challenges? Which of these quotes is your personal favorite? Let’s talk about it in the comments section below.