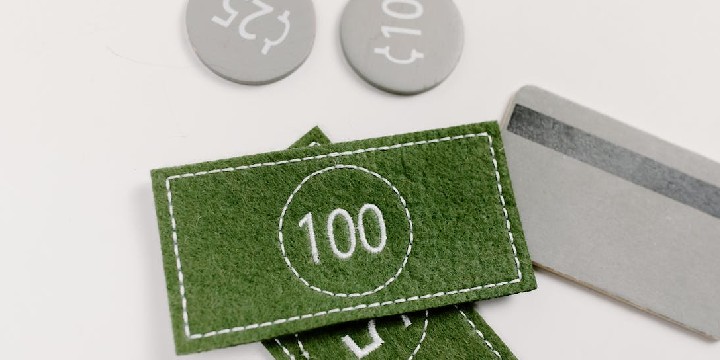 Discover new ways of viewing and understanding life by reading these symbolism quotes we’ve compiled for you!

We all have our own ways of seeing the world. In the same way, our views depend on how we interpret and convey the messages hidden in everything around us. This is because our surroundings are overflowing with symbols that can impact our lives.

Symbolism is everywhere. It can be an image, word, expression, or object that represents an idea other than itself. With the help of symbolism, people can communicate complex thoughts quickly and clearly.

However, even though symbols have become a regular part of our lives, many still don’t understand how they influence us and shape our lives. So, to expand your knowledge of symbolism, read our complete collection below!

And don’t forget to check out these spirit quotes.

1. “Symbolism exists to adorn and enrich, not to create an artificial sense of profundity.” – Stephen King

2. “Symbolism is the language of mysteries. By symbols, men have ever sought to communicate to each other those thoughts which transcend the limitations of language.” – Manly P. Hall

3. “Symbolism erects a facade of respectability to hide the indecency of dreams.” – Mason Cooley

4. “Symbolism is no mere idle fancy or corrupt degeneration; it is inherent in the very texture of human life.” – Alfred North Whitehead

5. “The true Tarot is symbolism; it speaks no other language and offers no other signs.” – Arthur Edward Waite

6. “All nature is a vast symbolism—every material fact has sheathed within it a spiritual truth.” – Edwin Powell Hubble

7. “After all, we did not invent symbolism; it is a universal age-old activity of the human imagination.” – Sigmund Freud

8. “I think that symbolism is attached to particular images, becomes marked in the unconscious. To exorcise it, rearrange it, reshape it, to make it my own involves unearthing it, describing it, deploying its inform, and then rearranging it.” – Sarah Charlesworth

9. “To live in the world without becoming aware of the meaning of the world is like wandering about in a great library without touching the books. It has always seemed to me that symbolism should be restored to the structure of world education. The young are no longer invited to seek the hidden truths, dynamic and eternal, locked within the shapes and behavior of living beings.” – Manly P. Hall

10. “The symbolism and the substantive significance of planting a tree have universal power in every culture and every society on Earth, and it is a way for individual men, women, and children to participate in creating solutions for the environmental crisis.” – Al Gore

11. “I have always said to my pupils, ‘Learn as much as you can about symbolism; then forget it when you are analyzing a dream.’” – Carl Jung

12. “The symbolism in any kind of dance allows for recall, reenactment, and reexperience of events for purposes of resisting, reducing, transforming, and escaping stress.” – Judith Lynne Hanna

13. “A symbol is indeed the only possible expression of some invisible essence, a transparent lamp about a spiritual flame; while allegory is one of many possible representations of an embodied thing, or familiar principle, and belongs to fancy and not to the imagination—the one is a revelation, the other an amusement.” – William Butler Yeats

Symbolism Quotes to Convey the Deeper Meaning Behind Things

14. “Anything else is symbolic, and symbolism is merely transcendental imagery.” – Jean Cocteau

15. “Photography is full of symbolism; it’s a symbolic language. You have to be able to materialize all your thoughts in one single image.” – Sebastião Salgado

16. “The ocean is a central image. It is the symbolism of a great journey.” – Enya Patricia Brennan

17. “Witchcraft promotes the advantages of learning and applying new symbolism into one’s psyche. This is the witches’ code.” – Gede Parma

Short Symbolism Quotes for Everyone

18. “No symbols where none intended.” – Samuel Beckett

20. “Truth speaks best in the language of poetry and symbolism, I think.” – Grant Morrison

21. “Symbols can be so beautiful, sometimes.” – Kurt Vonnegut

22. “Everything you see is merely a symbol for things you do not see.” – Seth Adam Smith

23. “Everything is a symbol of something; it seems until proven otherwise.” – Thomas C. Foster

24. “People often see obscenity where there is only symbolism.” – Sir John Woodroffe

27. “Symbolism is alright in fiction, but I tell true life stories simply about what happened to people I knew.” – Jack Kerouac

28. “I don’t like the symbolism that hits you over the head. A symbol should not be a cymbal.” – Edward Albee

29. “I don’t know a whole lot about symbolism. There seems to me to be a potential danger in symbolism. I feel more comfortable with metaphors and similes.” – Haruki Murakami

30. “I am automatically suspicious of things that wave their symbolism around and do little dances and bludgeon you over the head so that you darn well know there’s a symbol here.” – Ursula Vernon

31. “When you have spent an important part of your life playing ‘Let’s pretend,’ it’s often easy to see symbolism where none exists.” – Gene Tierney

32. “When you’re in your 20’s, you use a great deal of symbolism. You somehow think that a character standing beneath a cross is more interesting than a character standing underneath a billboard, but when you get a little older, you realize that there’s not much difference.” – Paul Schrader

35. “God does not refuse to make himself known to man. He only will not do it by the symbolism of matter.” – Henry Ward Beecher

36. “I think a lot of bands are influenced by religious symbolism and not even necessarily Christianity or Catholicism.” – Chino Moreno

37. “If, in the place of God, we write ‘reality,’ ‘nature,’ ‘unknowable,’ or ‘zero,’ it matters not one whit; the equation is just as obscure; for all we have done is to replace A by B, C, D, or E, not knowing what these letters mean. The symbol has changed, but what it symbolizes remains as inscrutable.” – J. F. C. Fuller

Symbolism Quotes for Those Who Love Art

38. “Postmodernism surely requires an even greater grasp of symbolism, as it’s increasingly an art of gesture alone.” – Andrew Eldritch

39. “Symbolism and meaning are two separate things. I think she found the right words by bypassing procedures like meaning and logic. She captured words in a dream, like delicately catching hold of a butterfly’s wings as it flutters around. Artists are those who can evade the verbose.” – Haruki Murakami

40. “Whenever I write, I write what I find to be the way people are. I never use any symbolism at all, but if you write as true to life as you possibly can, people will see the symbolism. They’ll all see different symbolism, but they’re apt because you can see it in life.” – Carolyn Chute

Symbolism Quotes That Will Change Your Way of Thinking

41. “Symbolism perhaps is a bit in your face, and I’ve tried my best to control that as best I can as I’ve grown older and thought that one could approach something with a little more subtlety.” – John Schlesinger

43. “The language of clothing is high symbolism, and we all, in moments where we need to know this, realize it.” – Judith Martin

Powerful Symbolism Quotes to Give You a Better Understanding of Society

44. “Like symbolism, decadence puts forth the idea that the function of literature is to evoke impressions and correspondences rather than to realistically depict the world.” – Asti Hustvedt

45. “I’m very familiar with the ways symbolism is used in our sort of mythic tales of society, so anyone who is consciously trying to pull that off, I think, is really interesting and clearly very smart.” – Carrie Coon

46. “A plastic bag charge is far from representing mere climate change symbolism. It is a clarion call to us all to alter social norms equally, if not, more importantly, reduce the amount of waste we generate.” – Pritam Singh

48. “There is hopeful symbolism in the fact that flags do not wave in a vacuum.” – Arthur C. Clarke

49. “What they will try to do is get symbolic victories. Symbolism is important to them. They have little else. But they will strike, I believe, at centers of media, of financial, of American power, of American culture; and that is where we should place our bet.” – James T. Walsh

50. “I have been talking nonstop about the symbolism of an edible landscape at the White House. I think it says everything about stewardship of the land and about the nourishment of a nation.” – Alice Waters

Do You Think Understanding the Meaning Behind Symbols Is Important?

Life is full of symbols. They are everywhere, from the smallest detail to the most extravagant gesture. This is because we are wired to look for meaning and symbolism in everything.

We want to make sense of the world, so we look for connections between things and assign them special meaning. Symbols are usually used to represent religion, business, art, and more.

Without symbols, we’d be lost in a sea of information. That’s why we should embrace symbolism to help us organize and make sense of the world around us. In this way, we would be able to move through life with more purpose and less confusion.

Hopefully, this list of quotes was able to help you gain a better understanding of symbolism. Always remember that you can find meaning in everything, and the best way to do so is to be open-minded and ready to learn!