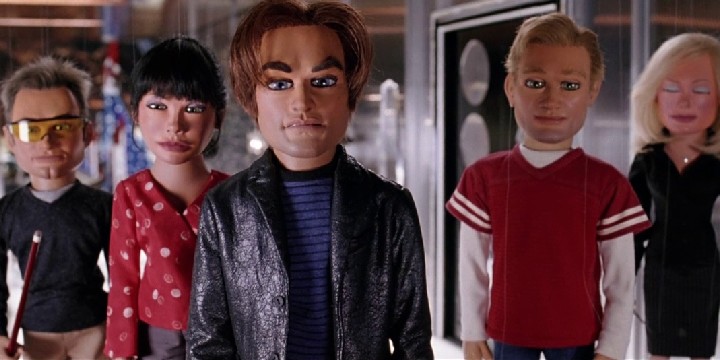 No matter how you look at it, these Team America quotes we’ve compiled will just never not be funny!

When we think of puppets, our brains automatically shift to something playful and light—something people of all ages can enjoy. However, this is not the case for Team America: World Police.

Instead, this 2004 puppet comedy directed by Trey Parker is more targeted toward adults, as its humor is somewhat darker and more complex. Team America is all about a group of talented police officers tasked to maintain global stability, especially in the presence of a power-hungry dictator, Kim Jong-il.

Though many say it’s a parody of Thunderbirds, one can’t deny that it also spoofs many big Hollywood movies, current events during its time, and other puppet movies. These elements make Team America one of the most iconic marionette movies out there!

So, read on if you want to get transported back to your favorite scenes! We made sure to gather only the best and most famous quotes for you!

And don’t forget to check out these Spies Like Us quotes and Tropic Thunder quotes.

1. “See, there are three kinds of people: dicks, pussies, and assholes.” – Gary Johnston

2. “Team, if the Derkaderkastanis have weapons of mass destruction, I’m afraid it could be 911 times a thousand.” – Spottswoode

3. “Gary, you can’t blame yourself for what gorillas did.” – Lisa Jones

4. “And if you betray us, I’ll rip your fucking balls off and stuff them up your ass so that the next time you shit, you’ll shit all over your balls, got it?” – Chris

5. “Sometimes belief is all we have.” – Lisa Jones

7. “Gary, if for some reason your cover is blown, and the terrorists take you prisoner, well, you’ll probably want to take your own life. Here, you’d better have this.” – Spottswoode

8. “Great job, team. Head back to base for debriefing and cocktails.” – Spottswoode

Gary Johnston: “Maybe feelings are feelings because we can’t control them.”

Lisa Jones: “But I have to control them because I can’t go through losing somebody again. It’s too painful.”

Gary Johnston: “So, so what? You’re just going to shut down? I really like you. There’s no chance we can ever be together?”

Lisa Jones: “Only if you could promise me you’ll never die.”

Gary Johnston: “You know I can’t promise that.”

Lisa Jones: “If you did that, I would make love to you right now.”

Gary Johnston: “I promise I will never die.”

Joe Smith: “Guys, guys, guys! Don’t you see this is just what the terrorists want us to do? The war is out there, man! Out there! Now, pull it together!”

Team America Quotes That Will Forever Be Iconic

12. Carson: “The terrorist is getting away with the WMD.”

Kim Jong-il: “Nobody does!”

14. “When you see Arec Barrwin, you will see the true ugriness of human nature.” – Kim Jong-il

17. “By following the rules of the Film Actors Guild, the world can become a better place; that handles dangerous people with talk, and reasoning; that, is the FAG way. One day you’ll all look at the world us actors created and say, ‘Wow, good going FAG. You really made the world a better place, didn’t ya, FAG?’” – Alec Baldwin

Spottswoode: “Pull yourself together, Gary! We need you now more than ever!”

Gary Johnston: “I’m through with this!”

Spottswoode: “Gary, you can’t go! Without you, the team is doomed! Remember, there is no ‘I’ in ‘Team America.’”

19. “As actors, it is our responsibility to read the newspapers, and then say what we read on television like it’s our own opinion.” – Janeane Garofalo

Team America Quotes That You Must Not Miss

Spottswoode: “Yes, it is. Now suck my cock.”

21. Susan Abigail Sarandon: “Oh, thank God. We have to stop the ceremony! Kim Jong-il is mad! Here let me loose. I will show you where the theater is!”

Gary Johnston: “No! Chris, stay away from her!”

Chris Roth: “Fuck you! She wants to help us.”

Gary Johnston: “No, Chris. She is acting.”

Susan Abigail Sarandon: “I am not. The others tied me up because I won’t go along with their plans!”

Gary Johnston: “Your skills are fading with age, Miss Sarandon.”

Susan Abigail Sarandon: “You shall die a peasant’s death!”

Chris Roth: “Jesus titty fucking Christ! I could have sworn she was telling the truth!”

Gary Johnston: “That’s why they call it acting.”

22. Spottswoode: “Now hold on, team; Gary has already proven to me that he is 100% committed to the team. He proved it last night by sucking my cock.”

23. “We’re dicks! We’re reckless, arrogant, stupid dicks. And the Film Actors Guild are pussies. And Kim Jong-il is an asshole. Pussies don’t like dicks, because pussies get fucked by dicks. But dicks also fuck assholes—assholes who just want to shit on everything. Pussies may think they can deal with assholes their way, but the only thing that can fuck an asshole is a dick, with some balls. The problem with dicks is that sometimes they fuck too much, or fuck when it isn’t appropriate—and it takes a pussy to show ’em that. But sometimes pussies get so full of shit that they become assholes themselves because pussies are only an inch-and-a-half away from assholes. I don’t know much in this crazy, crazy world, but I do know that if you don’t let us fuck this asshole, we are going to have our dicks and our pussies all covered in shit.” – Gary Johnston

24. Gary Johnston: “Okay, a limousine that can fly. Now I have seen everything.”

Spottswoode: “Really? Have you seen a man eat his own head?”

Spottswoode: “So then, you haven’t seen everything.”

25. “Team, this is all my fault. I was overzealous in Cairo. I let racism cloud my judgment. I was so sure the ultimate terrorist was Middle Eastern, but I didn’t realize he was a goddamn Gook. I’ll never be a racist again.” – Spottswoode

Spotswood: “You? You’re a butt-fucking quitter!”

Spottswoode: “Oh, I am serious. Look, this is my serious face.”

28. “I’m so ronery, so ronery. So ronery and sadry arone. There’s no one, just me onry sitting on my rittle throne.” – Kim Jong-il

Spottswoode: “This isn’t about sex, Gary; it’s about trust!”

30. “Please, Gary, I’m not from Hollywood. I’m not going to fuck your mouth, and my time is extremely valuable.” – Spottswoode

Like any great comedy movie, Team America’s characters are dedicated to accomplishing their task—in any way possible. However, no matter how much effort they put in, they still manage to screw things up in one way or another and end up in the funniest scenarios.

The central premise behind the whole movie is Kim Jong-il’s threat to take over the world. With the help of action figure-like characters, Team America plans to stop this global domination!

The fact that the scenes in the movie are so current and relevant makes it so interesting for many viewers. We might not be facing the same enemies worldwide, but the core of society’s issues and problems is still the same.

Team America is such an iconic piece as it talks about the reality of politics and war in a very tangible, understandable, and funny way. It might seem like all comedy on the outside, but always remember that every great piece holds some truth.

With that, we hope the Team America quotes we’ve gathered for you made you laugh out loud! More than that, let the quotes we’ve listed above remind you of more profound lessons embedded in this puppet comedy masterpiece!