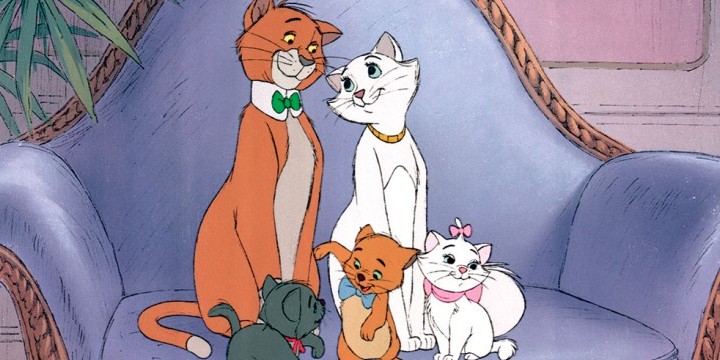 Read these The Aristocats quotes we’ve rounded up and learn lessons from Marie and the rest of her family!

As crazy as it sounds, The Aristocats is an animated movie based on a true-to-life story of Parisian felines who inherited an immense fortune in 1910. This idea is so out-of-the-box that Disney jumped the gun at creating a movie out of it. The Aristocats was also the last animated movie that Walt Disney approved before he passed away.

In the movie, an alley cat helps a family of felines escape after their owner’s butler tries to kidnap them. The butler overheard the conversation between Madame Adelaide and her lawyer about giving away her fortune to her cats when she died. Edgar could only get his hands on the money when all her cats died.

The Aristocats is a uniquely exciting movie that can never be topped! If you want to reminisce about its best scenes, check the complete list of quotes below.

And make sure to read these Brother Bear quotes and Barbie quotes.

1. “Ladies don’t start fights, but they can finish them!” – Marie

Toulouse: “Why should you be first?”

Toulouse: “You’re not a lady.”

Berlioz: “You’re nothin’ but a sister!”

3. “You really did quite well for a beginner.” – Abigail Gabble

5. Napoleon: “Now you go for the tires, and I’ll go right for the seat of the problem.”

Lafayette: “Now, how come you always get the tender part?”

Napoleon: “Because I outrank you, that’s why. Now stop beating your gums and sound the attack! No, that’s a mess call!”

Napoleon: “You can be replaced, you know?”

6. Duchess: “Monsieur O’Malley, you could have lost your life.”

Awesome The Aristocats Quotes to Think About

Napoleon: “No, no, he sneaked up behind me and tailgated me.”

Lafayette: “Well he didn’t hurt me; he hit me on the head!”

10. J. Thomas O’Malley: “Why, your eyes are like sapphires sparkling so bright. They make the morning radiant and light.”

Duchess: “Oh, c’est très jolie, monsieur. Very poetic. But it is not quite Shakespeare.”

Napoleon: “You’re not gonna believe this, but it’s a one-wheeled haystack! And there it goes!”

The Aristocats Quotes That Will Elevate Your Mind

17. Berlioz: “We were just practicing biting and clawing.”

Duchess: “Aristocats do not practice biting and clawing, and things like that. It’s just horrible.”

18. Scat Cat: “What’s a little swinger like you doing on our side of town?”

Roquefort: “Please! I was sent for help by a cat.”

Roquefort: “But honest! He said just to mention his name.”

Roquefort: “You believe me, don’t you?”

19. Roquefort: “Duchess, the kittens—in trouble. Butler did it.”

J. Thomas O’Malley: “Duchess and kittens in trouble? There’s no time to lose! You go and get Scat Cat and his gang of alley cats.”

Do You Believe That The Aristocats Is Based on a Real-Life Story?

It’s hard to believe that this Disney animated movie was based on factual events. It’s crazy, but it also makes up for a fascinating plot we can’t help but love!

Though there are several lessons from The Aristocats, perhaps the most striking and important one is the role greed plays. Edgar, the butler, was somewhat fond of the cats. However, once he heard about the fortune and the inheritance, everything began to go haywire.

Edgar was consumed by greed, leading him to act badly toward Madame Adelaide and her beloved pets. By doing what he did, he also betrayed the trust and kindness of his mistress.

We can apply this lesson in our lives, too. It’s easy to think about shortcuts just to get ahead—to get promoted, to receive a bonus, or even to get the person we want. However, nothing good will ever come out of cheating our way to them.

The Aristocats might be an animated movie based on an outrageous real-life story, but like any other Disney work of art, it provides us with morals to live by. Revisit this list whenever you miss your favorite cats or just want another dose of its meaningful lessons!