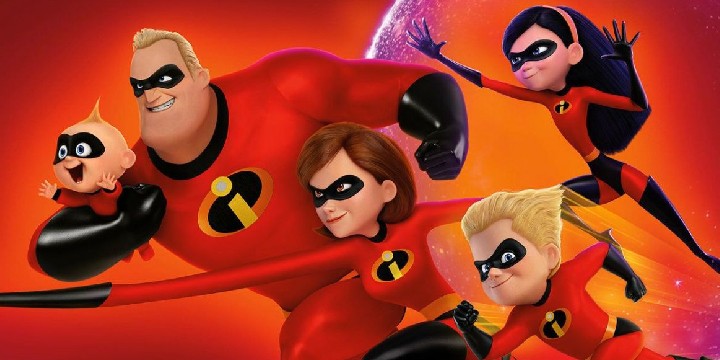 Read our favorite The Incredibles quotes that will tell you more about appreciating your individuality!

Have you ever felt you have a particular characteristic you need to hide from the world? If you have, then you can relate to the story of this family of superheroes!

When the government banned all superpowers, the Parr family was forced to live a life as every average person would. As superheroes, it’s very difficult to blend in, especially with their unique abilities. However, the time came when they realized that being authentic is the only way to live life.

The Incredibles is a movie that shows us how life becomes easier and more purposeful if only we can show our authentic selves. So, we’ve compiled this list of quotes to encourage you to do the same!

And make sure to read these Edna Mode quotes and Despicable Me quotes.

1. Edna Mode: “This is a horrible suit, darling. You can’t be seen in this. I won’t allow it. Fifteen years ago, maybe, but now? Feh!”

Robert Parr: “Wait, what do you mean? You designed it.”

Edna Mode: “I never look back, darling! It distracts from the now.”

2. “We act normal, Mom! I want to be normal! The only normal one is Jack-Jack, and he’s not even toilet trained!” – Violet Parr

4. Dashiell Robert Parr: “Dad always said our powers were nothing to be ashamed of; our powers made us special.”

Dashiell Robert Parr: “Which is another way of saying no one is.”

5. “No matter how many times you save the world, it always manages to get back in jeopardy again. Sometimes I just want it to stay saved! You know?! For a little bit. I feel like the maid: ‘I just cleaned up this mess! Can we keep it clean for 10 minutes?! Please?!’” – Robert Parr

7. “Supermodels—ha! Nothing super about them. Spoiled, stupid little stick figures with poofy lips who think only about themselves. Feh! I used to design for gods!” – Edna Mode

9. Helen Parr: “Great. Now our kids are in danger?! I was afraid this would happen.”

Robert Parr: “Well, if you suspected danger, why’d you bring them?”

Helen Parr: “I didn’t bring them! They stowed away! And I don’t think you’re striking the proper tone here!”

The Incredibles Quotes That Will Pique Your Interest

10. “Does this mean we have to move again?” – Dashiell Robert Parr

11. Helen Parr: “I can’t believe you don’t want to go to your own son’s graduation!”

Robert Parr: “It’s not a graduation. He is moving from the fourth grade to the fifth grade.”

12. “Sometimes, I think I just like the simple life, you know, relax a little and raise a family.” – Robert Parr

Dashiell Robert Parr: “I don’t know, but why’d Mom try to hide it?”

16. “Well—I think Dad has made some excellent progress today, but I think it’s time we wind down now.” – Violet Parr

The Incredibles Quotes for Those Who Want to Be Superheroes

17. “Every superhero has a secret identity. I don’t know a single one who doesn’t. I mean, who wants the pressure of being super all the time?” – Robert Parr

18. “Put these on. Your identity is your most valuable possession. Protect it. And if anything goes wrong, use your powers.” – Helen Parr

19. “You have more power than you realize. Don’t think, and don’t worry. If the time comes, you’ll know what to do. It’s in your blood.” – Helen Parr

20. “Of course, I have a secret identity. Can you see me in this at the supermarket? Come on! Who’d wanna go shopping as Elastigirl? You know what I mean?” – Helen Parr

21. “Remember the bad guys on the shows you used to watch on Saturday mornings? Well, these guys aren’t like those guys. They won’t exercise restraint because you are children. They will kill you if they get the chance. Do not give them that chance.” – Helen Parr

The Incredibles Quotes to Better Understand the Movie’s Villains

22. “Not every superhero has powers. You can be super without them.” – Syndrome

23. “You can’t count on anyone, especially your heroes.” – Syndrome

25. “I knew you couldn’t do it, even when you’ve got nothing to lose. You’re weak. And I’ve outgrown you.” – Syndrome

29. Helen Parr: “There’s plenty of leftovers you can reheat; make sure Dash does his homework, and both of you get to bed on time. I should be back tonight, late. You can be in charge that long, can’t you?”

Violet Parr: “Yeah, but why am I in charge, again?”

Helen Parr: “Nothing. Just a little trouble with Daddy.”

Violet Parr: “You mean Dad’s in trouble or Dad is the trouble?”

Have You Been Hiding Behind a Mask?

Often, we are afraid to show everyone who we truly are. We choose to go with the norm and try to act like everyone else because of fear of being judged. But, what if you’re really different?

In the movie, Robert would instead save the world than live like an average person every day because that’s just not his nature! When he was called for a mission to save the world, that’s when he felt alive again. Because of it, his family was also led to the kind of life that’s meant for them—being superheroes!

The Incredibles has shown us that being unique isn’t a bad thing. If you let your true self show, life would become easier, and every day would be something to look forward to. This might even impact someone else’s life positively!

More than that, being true to who you are makes life more purposeful. How can it not when you know that your every move and word will lead you to become the person you ought to be?

Never compromise your beliefs and values for anything. If society thinks you’re different or unique, don’t try to conform. Because most of the time, it means you’re made for something greater!