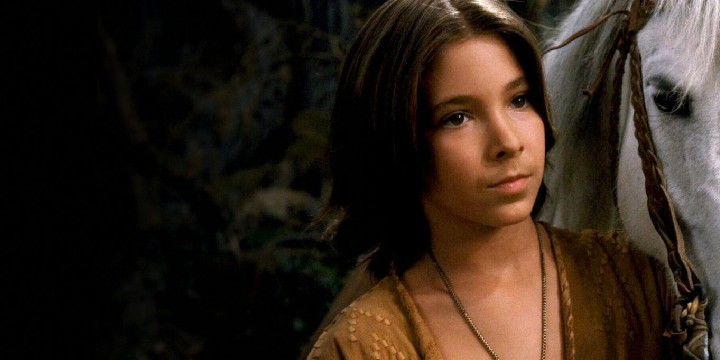 If you’re an avid fan of anything that involves fantasy and fiction, these The NeverEnding Story quotes are for you!

The movie is about Bastian Bux, a bibliophile with a vivid imagination. He was often the target of bullies, and escaping them led him to read a mysterious book, The NeverEnding Story.

With each page he turns, he learns about The Nothing and Atreyu. He’s a young warrior tasked with putting an end to The Nothing to save Fantasia. Later, Bastian realizes that he is the only person who can save Fantasia!

He ends up being the protagonist of a book that symbolizes human fantasy, dreams, and hope! So, he freely uses his imagination to fulfill his task of saving the world. Through The NeverEnding Story, we see how Bastian is proof that we can achieve everything we wish for if we don’t give up our ability to imagine and dream.

So, to broaden your imagination, read through the quotes we’ve gathered below. Aside from all the adventure, this list will also provide you with lessons you didn’t expect!

And make sure to check out these The Hunger Games quotes and The Maze Runner quotes.

The Childlike Empress: “In the beginning, it is always dark.”

3. Engywook: “Next is the magic mirror gate. Atreyu has to face his true self.”

Engywook: “Oh, that’s what everyone thinks! But kind people find out that they are cruel. Brave men discover that they are really cowards! Confronted by their true selves, most men run away screaming!”

4. The Childlike Empress: “Bastian. Why don’t you do what you dream, Bastian?”

Bastian Bux: “But I can’t; I have to keep my feet on the ground!”

The Childlike Empress: “Call my name. Bastian, please! Save us!”

5. Atreyu: “What will happen if he doesn’t appear?”

The Childlike Empress: “Then our world will disappear—and so will I.”

Atreyu: “How could he let that happen?”

The Childlike Empress: “He doesn’t understand that he’s the one who has the power to stop it. He simply can’t imagine that one little boy could be that important.”

Bastian Bux: “Is it really me?”

Atreyu: “Maybe he doesn’t know what he has to do!”

The Childlike Empress: “He has to give me a new name. He’s already chosen it. He just has to call it out.”

Morla: “No, we are allergic to youth.”

Gmork: “I am Gmork. And you, whoever you are, can have the honor of being my last victim.”

Atreyu: “I will not die easily. I am a warrior!”

Gmork: “Ha! Brave warrior, then fight The Nothing.”

Atreyu: “But I can’t! I can’t get beyond the boundaries of Fantasia! What’s so funny about that?”

Gmork: “Fantasia has no boundaries.”

Gmork: “Foolish boy. Don’t you know anything about Fantasia? It’s the world of human fantasy. Every part, every creature of it, is a piece of the dreams and hopes of mankind. Therefore, it has no boundaries.”

Atreyu: “But why is Fantasia dying, then?”

Gmork: “Because people have begun to lose their hopes and forget their dreams. So, The Nothing grows stronger.”

Atreyu: “What is The Nothing?”

Gmork: “It’s the emptiness that’s left. It’s like despair, destroying this world. And I have been trying to help it.”

Gmork: “Because people who have no hopes are easy to control—and whoever has the control, has the power!”

Atreyu: “Who are you, really?”

Gmork: “I am the servant of the power behind The Nothing. I was sent to kill the only one who could have stopped The Nothing. I lost him in the Swamps of Sadness. His name was Atreyu.”

Atreyu: “If we’re about to die anyway, I’d rather die fighting! Come for me, Gmork! I am Atreyu!”

8. “Bastian made many other wishes and had many other amazing adventures before he finally returned to the ordinary world. But that’s another story.” – Narrator

10. Rockbiter: “They look like big, good, strong hands. Don’t they? I always thought that’s what they were. My little friends. The little man with his racing snail, the Night Hob, even the stupid bat. I couldn’t hold on to them. The Nothing pulled them right out of my hands. I failed.”

Atreyu: “No you didn’t fail. I’m the one who was chosen to stop The Nothing. But I lost the Auryn, I can’t find my luck dragon, so I won’t be able to get past the boundaries of Fantasia.”

Rockbiter: “Listen, The Nothing will be here any minute. I will just sit here and let it take me away too. They look like good, strong hands. Don’t they?”

The Childlike Empress: “As many as you want. And the more wishes you make, the more magnificent Fantasia will become.”

The Childlike Empress: “Try it.”

The Childlike Empress: “One grain of sand. It is all that remains of my vast empire.”

Bastian Bux: “Then, everything’s been in vain.”

The Childlike Empress: “No, it hasn’t. Fantasia can arise anew, from your dreams and wishes, Bastian.”

The NeverEnding Story Quotes to Read Over and Over Again

17. Atreyu: “Do you suppose the Ivory Tower is still standing?”

18. “The Sphinxes’ eyes stay closed, until someone who does not feel his own worth tries to pass by.” – Engywook

Bastian Bux: “No, I’ve read Treasure Island, The Last of the Mohicans, Wizard of Oz, Lord of the Rings, 20,000 Leagues Under the Sea, Tarzan.”

Carl Conrad Coreander: “Whoa, whoa, whoa. Who were you running from?”

Bastian Bux: “They wanted to throw me in the garbage.”

Carl Conrad Coreander: “Why don’t you give them a good punch in the nose, hmm?”

20. Carl Conrad Coreander: “Your books are safe. While you’re reading them, you get to become Tarzan or Robinson Crusoe.”

Bastian Bux: “But that’s what I like about ’em.”

Carl Conrad Coreander: “Ahh, but afterward you get to be a little boy again.”

Bastian Bux: “What do you mean?”

Carl Conrad Coreander: “Listen. Have you ever been Captain Nemo, trapped inside your submarine while the giant squid is attacking you?”

Bastian Bux: “But it’s only a story.”

Carl Conrad Coreander: “That’s what I’m talking about. The ones you read are safe.”

Bastian Bux: “And that one isn’t?”

22. The Southern Oracle: “Do not be afraid! We will not harm you! We have been waiting for you a long time, Atreyu!”

Atreyu: “Are you The Southern Oracle?”

The Southern Oracle: “Yes! We are!”

Atreyu: “Then you must know what can save Fantasia?”

The Southern Oracle: “Yes! We do!”

The Southern Oracle: “The Empress needs a new name!”

Atreyu: “A new name? That’s all, but that’s easy. I can give her any name she wants!”

The Southern Oracle: “No one from Fantasia can do it! Only a human child can give her this new name!”

Atreyu: “A human child! Where can I find one?”

The Southern Oracle: “You can only find one beyond the Boundaries of Fantasia! If you want to save our world, you must hurry! We don’t know how much longer we can withstand The Nothing!”

More The NeverEnding Story Quotes to Fuel Your Imagination

23. Barney Bux: “I got a call from your math teacher yesterday. She says that you were drawing horses in your math book.”

Bastian Bux: “Unicorns. They were unicorns.”

Morla: “Die? Now that, at least, would be something.”

25. The Childlike Empress: “It was the only way to get in touch with an Earthling.”

Atreyu: “But I didn’t get in touch with an Earthling!”

The Childlike Empress: “Yes, you did. He has suffered with you. He went through everything you went through. And now, he has come here with you. He is very close listening to every word we say.”

Did This Collection Encourage You to Use Your Imagination Wisely?

In The NeverEnding Story, The Nothing appears when people abandon their hopes and goals. In this cruel world, it’s so simple for us to give in to emptiness, despair, and nothingness. But, like what we’ve gathered from the movie, we and the world can be reborn through our dreams and imagination.

Without those elements, you will never be able to envision the path to take. Thus, don’t stop thinking about your goals because doing so will keep you motivated to pursue them till the end. Remember, creativity and hope always come together; you’ll never have hope without imagining the outcome.

Additionally, our imagination also gives us a sense of joy and fulfillment. Something so simple could even be our escape from this harsh reality!

So, whenever you feel sad and hopeless, just reset your mind to think about the positive things. Your future is still ahead of you, which means you have the power to control it. You can bring all your fantasy into reality, so try to fight the pain and fear of uncertainty!

With that, we hope this collection of quotes was able to remind you of the power of your mind. Don’t forget that hope and imagination exist, and they will be the keys to a better life!