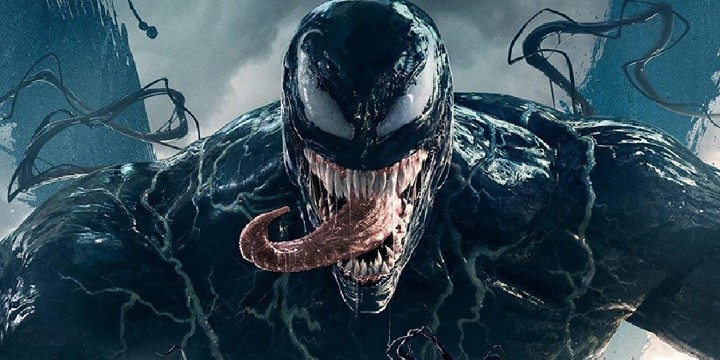 If you’re wondering how this infamous villain turned into a superhero, then check out these 70 Venom quotes we’ve curated for you.

Venom is a terrifying Marvel villain who feeds on the human brains.

But more than the thrill, this 2018 action-adventure film also includes a dash of drama and comedy.

Despite its violent content, the filmmakers decided to make it available to children.

Eddie Brock, played by Edward Thomas Hardy, is a journalist who becomes the host of an alien symbiote, Venom.

This movie taught us lots of life lessons despite its dark tone. If you are into heroic deeds, these insightful lines are for you.

And don’t forget to check out these Tom Hardy quotes and Mad Max: Fury Road quotes.

8. “Mind is body, Eddie. Have you been meditating like I showed you?” – Mrs. Chen

14. “Giant leaps will always come at a cost.” – Carlton Drake

15. “Outstanding. Now, let’s bite all their heads off, and pile them up in the corner.” – Venom

18. “Why would I do that? You are far too good of a match to throw away so soon. Plus, I’m starting to like you. You and I are not so different.” – Venom

19. “Fuel in the tank. Listen carefully, Eddie. You did not find us. We found you. Think of yourself as my ride.” – Venom

23. “I have absolutely no problem with you sticking around, but if you do, we’re gonna have some ground rules, all right? You cannot just go around eating anybody that you want to.” – Eddie Brock

24. “Are you willing to sacrifice the one thing you hold most dear? You should be extremely afraid.” – Carlton Drake

26. “I’m Eddie Brock. I’m a reporter and I always seem to find myself questioning something the government may not be looking at. But I found something really bad and I have been taken.” – Eddie Brock

27. “You never apologized. You might not live to get another chance.” – Venom

28. “Well, it’s super simple. I mean, you just have to—you can intuit it, you can sense it. Sometimes, you can even feel it.” – Eddie Brock

29. “That is why we are here. Cooperate, and you just might survive. That is the deal.” – Venom

30. “I’m a reporter. I follow people that do not want to be followed.” – Eddie Brock

31. “Can you turn your music down, please? ‘Cause I’m having a really hard time.” – Eddie Brock

32. Eddie Brock: “There are good people in this world, a lot of them. And there are bad people. You have to tell the difference. The deal is, you will only ever be allowed to touch, harm, hurt, possibly, very possibly, eat very, very bad people, but never, never, ever good people. All right?”

Venom: “Fine. But how does one tell the difference?”

Eddie Brock: “Ain’t nothing changed but the weather. You know?”

38. “So, what culinary delights will tickle the pickle tonight?” – Eddie Brock

41. “I am sorry that I called you a parasite. We can discuss this like two men.” – Eddie Brock

43. “That is the ugliest looking thing I have ever seen.” – Eddie Brock

44. “We are literally a generation away from an uninhabitable earth.” – Dr. Dora Skirth

45. “Riot is what you would call a team leader. He has an arsenal of weapons.” – Venom

47. “Whatever you say. But can we get something to eat now? Otherwise, your liver, it’s starting to look really, really good and juicy.” – Venom

Venom Quotes on Finding the Truth

50. “Really? Because he’s got a lab filled with poor people, and they’re all signing waivers that they don’t understand, and he’s using them as guinea pigs, and they are dying. They are all dying.” – Dr. Dora Skirth

51. “Because it’s true. I believed in him, and I, I told myself that it was worth it because we were curing cancer, but now this is different, something else.” – Dr. Dora Skirth

54. “Drake is trying to put human beings and aliens together, so they can live in space?” – Eddie Brock

55. “Let me tell you something, buddy. Alright? Just man-to-man. Because I have spent a significant amount of time, alright, with one of these creatures up my *ss. It’s not a lot of fun. And then I find out, all along, that they’re killing you.” – Eddie Brock

57. “I work at the Life Foundation, and I need your help.” – Scientist

59. “Mr. Brock, please, please listen to me. Everything that you accused him of, you were right. It’s all true.” – Dr. Dora Skirth

60. “God has abandoned us. He didn’t keep his end of the bargain.” – Carlton Drake

61. “This is the last time I’m asking you. Where is my symbiote?” – Carlton Drake

62. “Thank you all for bringing us to this moment. Our names will be spoken long after we are dust. History starts now. This is day one. This is the first contact. Let’s get to work.” – Carlton Drake

63. “You’re being dumb, Brock. I’m not insane. What’s insane is the way humans choose to live today. Think about it. All we do is take, take, take. It can’t go on. We’ve brought the planet to the brink of extinction. We’re parasites. You’re a good example. Think about it. All you do is take. You took my symbiote. You take potshots at a great man trying to get something done.” – Carlton Drake

64. “Look around at the world, who do you see? A planet on the brink of collapse. Human beings are disposable. But man and symbiote combined, this is the new race, a new species, a higher life form.” – Carlton Drake

65. “They try to silence those of us who ask questions. But you know what? In the end, we’re the ones who change the world.” – Carlton Drake

Eddie Brock: “Yeah. It’s a term of endearment, that’s all.”

Do You Agree That Everyone Can Be a Superhero?

This movie shows a villain turned superhero with the help of an ex-journalist who wants to save the world from the wicked Dr. Carlton Drake. They collaborated to ruin Dr. Drake’s evil plans to take down the earth.

Director Ruben Fleischer concentrated on the outrageous conduct of this Marvel’s anti-hero. They tend to show the dark side of this villain, but the end game is different. Many expected this movie to be dark and full of violence to give justice to Venom’s character, but it’s rated PG-13.

This collection will teach you to always do the right thing—no matter who you are or where you come from. It will also help you realize that we need other people to succeed in our goals. Indeed, selfishness won’t bring you anywhere.

Are you also excited about the second installment of this movie? What are your favorite Venom quotes? Remember to list them in the comments section below.