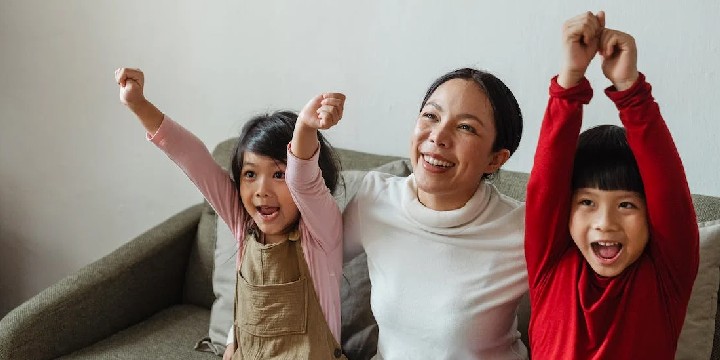 It might be challenging to win every battle, so browse these victory quotes if you need a reminder that every trial should be celebrated, win or lose!

All of us have battles we need to face every single day. Thus, we only have two choices: we can either run away from them, or we can meet them head-on.

It might be daunting because of the possibility of failure, but remember that all battles—win or lose—would teach us valuable life lessons.

In each battle, there’s a possibility of facing victory—a feat we all strive to gain. This is because winning a struggle makes us feel strong, intelligent, and worthy as human beings.

We get so focused on trying to win a challenge that we lose ourselves when we face inevitable defeat.

But, even if you lose a battle, it’s still something to be proud of—you are still victorious in some way. You may not have won, but you learned some valuable insights to help you overcome your next obstacle.

Don’t focus on the outcome but on the journey you are going through. To be more inspired, read through this list we’ve created and learn more about success, its lessons, and more!

And don’t forget to check out these winning quotes and glory quotes.

1. “Victory is always possible for the person who refuses to stop fighting.” – Napoleon Hill

2. “If you believe in yourself and have dedication and pride—and never quit, you’ll be a winner. The price of victory is high, but so are the rewards.” – Bear Bryant

3. “Victory at all costs, victory in spite of all terror, victory however long and hard the road may be. For without victory, there is no survival.” – Winston Churchill

4. “The ultimate victory in competition is derived from the inner satisfaction of knowing that you have done your best and that you have gotten the most out of what you had to give.” – Howard Cosell

5. “The means by which we achieve victory are as important as the victory itself.” – Brandon Sanderson

6. “Even the smallest victory is never to be taken for granted. Each victory must be applauded.” – Audre Lorde

8. “Somewhere in the world, there is a defeat for everyone. Some are destroyed by defeat, and some made small and mean by victory. Greatness lives in one who triumphs equally over defeat and victory.” – John Steinbeck

9. “Nothing paralyzes our lives like the attitude that things can never change. We need to remind ourselves that God can change things. Outlook determines the outcome. If we see only the problems, we will be defeated. But if we see the possibilities in the problems, we can have victory.” – Warren W. Wiersbe

Victory Quotes to Inspire You

10. “When you fall, feel the pain. And then stand up. You were born for victory. And failure has no place in your world.” – Robin Sharma

11. “Today is a new day, so rise up and move forward into the victory God has prepared for you!” – Joel Osteen

12. “Victory is everything. You can spend the money, but you can never spend the memories.” – Ken Venturi

14. “Big things are built one brick at a time. Victories are achieved one choice at a time. A life well lived is chosen one day at a time.” – Lysa TerKeurst

15. “Against all odds, if you still persist and create your art, it will be a victory! It will be your victory. Finally, you would win.” – Avijeet Das

17. “Victory is not the absence of problems, it is the presence of power.” – Joyce Meyer

18. “Victory is gained by resolution and determination.” – Prophet Mohammad

19. “Your victory is right around the corner. Never give up.” – Nicki Minaj

20. “Victory belongs to the most persevering.” – Napoleon Bonaparte

22. “You cannot expect victory and plan for defeat.” – Joel Osteen

23. “Where there is unity, there is always victory.” – Publilius Syrus

25. “The more difficult the victory, the greater the happiness in winning.” – Pelé

26. “Preparedness is the key to success and victory.” – Douglas MacArthur

27. “Victory has a hundred fathers and defeat is an orphan.” – John F. Kennedy

Victory Quotes That Highlight the Importance of Defeat

28. “Victory and defeat are a part of life, which are to be viewed with equanimity.” – Atal Bihari Vajpayee

29. “Obstacles are necessary for success because in selling, as in all careers of importance, victory comes only after many struggles and countless defeats.” – Og Mandino

31. “No matter how hard the loss, defeat might serve as well as victory to shake the soul and let the glory out.” – Al Gore

32. “In every adversity, there lies the seed of an equivalent advantage. In every defeat is a lesson showing you how to win the victory next time.” – Robert Collier

33. “Anyone can deal with victory. Only the mighty can bear defeat.” – Adolf Hitler

34. “In the time of darkest defeat, victory may be nearest.” – William McKinley

36. “Far better is it to dare mighty things, to win glorious triumphs, even though checkered by failure than to rank with those poor spirits who neither enjoy nor suffer much, because they live in a gray twilight that knows not victory nor defeat.” – Theodore Roosevelt

37. “The temptation to take the easy road is always there. It is as easy as staying in bed in the morning and sleeping in. But discipline is paramount to ultimate success and victory for any leader and any team.” – Jocko Willink

38. “In the art of war, if you know the enemy and know yourself, you need not fear the approaching battles. But if you know only yourself and not the enemy, for every victory, there will also be defeat.” – Emily Thorne

39. “There’s no reward without work, no victory without effort, no battle won without risk.” – Nora Roberts

40. “The more you talk about negative things in your life, the more you call them in. Speak victory, not defeat.” – Joel Osteen

41. “If you think you can win, you can win. Faith is necessary to victory.” – William Hazlitt

42. “The first place we must win the victory is in our own minds. If you don’t think you can be successful, then you never will be.” – Joel Osteen

Victory Quotes to Overcome the Battle You Have With Yourself

43. “It is better to conquer yourself than to win a thousand battles. Then the victory is yours. It cannot be taken from you, not by angels or by demons, heaven or hell.” – Buddha

44. “I count him braver who overcomes his desires than him who conquers his enemies. For the hardest victory is over self.” – Aristotle

45. “The first and greatest victory is to conquer yourself. To be conquered by yourself is of all things most shameful and vile.” – Plato

46. “As long as we have faith in our own cause and an unconquerable will to win, victory will not be denied us.” – Winston Churchill

48. “The struggle goes on. The victory is in the struggle, for me. And I accepted that a long time ago.” – Al Lewis

Victory Quotes That’ll Make You Brave Enough to Conquer Everything

49. “Every step was a victory. He had to remember that.” – George Saunders

51. “The will to conquer is the first condition of victory.” – Ferdinand Foch

54. “All men have fears, but the brave put down their fears and go forward, sometimes to death, but always to victory.” – Dale Carnegie

55. “Be resolute, fear no sacrifice, and surmount every difficulty to win victory.” – Mao Zedong

Victory Quotes That Zoom in on God’s Love and Support

56. “No matter what has happened to you in the past or what is going on in your life right now, it has no power to keep you from having an amazingly good future if you will walk by faith in God. God loves you! He wants you to live with victory over sin so you can possess His promises for your life today!” – Joyce Meyer

57. “As you walk in God’s divine wisdom, you will surely begin to see a greater measure of victory and good success in your life.” – Joseph Prince

58. “God has destined you to soar. You have victory, freedom, and excellence on the inside.” – Joel Osteen

59. “When you walk with Jesus, defeat turns into victory.” – Beth Moore

60. “God is with you, and He’ll help you make spiritual progress. Strengthening and encouraging you to keep on keeping on during rough times. It’s easy to quit, but it takes faith to press on to victory.” – Joyce Meyer

61. “A victory without danger is a triumph without glory.” – Pierre Corneille

62. “The only victories which leave no regret are those which are gained over ignorance.” – Napoleon Bonaparte

63. “I love to win. But I love to lose almost as much. I love the thrill of victory, and I also love the challenge of defeat.” – Lou Gehrig

64. “Satisfaction lies in the effort, not in the attainment. Full effort is full victory.” – Mahatma Gandhi

66. “One of the greatest victories you can gain over someone is to beat him at politeness.” – Josh Billings

67. “The first step on the way to victory is to recognize the enemy.” – Corrie ten Boom

69. “Carry the burden smilingly and cheerfully, because patience is the key to victory.” – Rumi

70. “The rewards for those who persevere far exceed the pain that must precede the victory.” – Ted Engstrom

Did These Quotes Show You How Important Defeat Is to Attain Victory?

For most people, victory is the only outcome that matters. They think that if they fail, they will be a disappointment to this world. But, the truth is, your worth cannot be defined by the number of battles you win or lose.

Yes, the result is also significant. But, remember that what matters the most is the journey and lessons you experienced along the way. You can use those things as weapons to face new challenges and attain victory!

We know it’s not easy to get to victory because there are so many roadblocks on our way. But, as long as your mindset is geared toward learning from failure, you’re already a winner in life!

Accept that you cannot conquer every struggle in one go and be kind to yourself. Remove whatever doubts you have about yourself, put forth all necessary effort, and trust God’s plan. Regardless of the results, you will be proud because you know you gave it all.

With that, we hope you were able to gain a better understanding of your trials in life. When you are brave enough to face struggles, you are already victorious—regardless if you succeed or fail in the end!