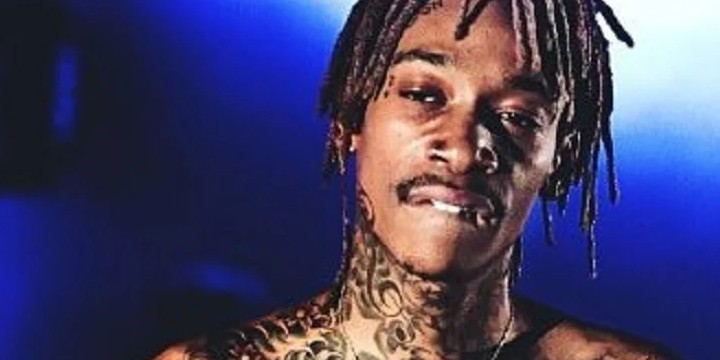 If you enjoy listening to hip hop or rap music, then you might love this collection of Wiz Khalifa quotes!

We’ve gathered the best motivational and inspirational quotes from Wiz Khalifa for this collection.

Don’t forget to add this to your must-read list and be inspired!

Wiz Khalifa is an American rapper, singer-songwriter in the music industry under the rap genre.

Before he became a teenager, he already began to write and perform his own lyrics.

He was regularly recording his music in a studio when he was 15.

So, let’s get started!

And make sure to read these Travis Scott quotes and Lil Uzi Vert quotes.

1. “Don’t let the sadness from the past and the fear of the future ruin the happiness of the present.”

3. “I don’t regret my past, I just regret the time I’ve wasted on the wrong people.”

5. “I critique myself way harder than anybody else could critique me.”

7. “What you put up with you end up with. You can only expect what you accept from people.”

8. “I do not chase after anyone, if you wanna walk out my life then I will hold the door open for you.”

13. “You don’t need too many people to be happy. Just a few real ones who appreciate you for who you are.”

17. “I thank God for blessing me with life every day.”

18. “I believe that you go through your past and you learn what you learn for whatever reason.”

19. “Your every breath of life is so precious, so don’t waste any moment of life while sitting idle.”

20. “We must get hurt in order to grow, fail in order to know, and lose in order to gain. Because some lessons in life are best learned through pain.”

21. “Just because the past taps you on the shoulder does not mean you have to look back.”

22. “Live longer or die hard is not just a movie title, there is a great lesson hidden in this title.”

23. “The past cannot be changed or forgotten, edited or erased. It can only be accepted.”

24. “Life is a wonderful teacher who teaches us every lesson about how to survive in this world.”

27. “There comes a time when you have to choose between turning the page and closing the book.”

29. “You get into the biggest fights with the people you care about the most because they are the relationships you’re willing to fight for.”

31. “Any chick that I handle, I teach ‘em patience how not to win the award but be glad for your nomination.”

32. “Best friends become strangers. That’s how it is.”

34. “Real men always have time for their women. No matter what, even if he’s busy, he’ll find a way to make time for her.“

35. “A man who treats his woman like a princess is proof that he has been born and raised in the arms of a queen.”

36. “I’ve been pretty focused my entire life. And now that I have a family, I’m just going to keep that focus. But it’s going to be a family focus.”

38. “If someone has entered your life and is changing your life for the better, don’t ever let them go. That’s a rare experience in life, so don’t give them up.”

39. “Being single doesn’t always mean you are available. Sometimes you have to put up a sign that says ‘do not disturb’ on your heart.“

40. “Smile. Why? Do you really have to ask? Smile because it makes you attractive. It changes your mood, it’s known to relieve stress and most importantly it helps you stay positive.”

42. “Don’t ever let a guy make you feel ugly, cause no matter what, you’re beautiful with him or without him.”

45. “When someone special walks into your life and is able to change things for the better, don’t let them walk away.”

46. “Be careful what you say to someone today because tomorrow they might not be here and you can’t take it back.”

47. “Don’t leave something good to find something better. Once you realize you had the best, the best has found better.”

48. “You know my name, not my story. You’ve heard what I’ve done, but not what I’ve been through so stop judging me.“

49. “Don’t do something permanently stupid just because you’re temporarily upset.”

51. “Stay away from the fake or phony people who can’t support themselves.”

52. “You can take your destiny into your own hands.”

55. “I don’t consider myself an A-list celebrity or a big dog, but every time I meet somebody, even rappers who’ve been in the game for years, they’re like, ‘Man, I’m trying to get on your level.’”

58. “I always envisioned myself being a rapper and being in the game and having success, but you never know what it feels like or how you’re going to be when you’re there.”

61. “I think wherever you go, when people hear good music, they will react to it.”

62. “If you ignore me, I will ignore you. If you don’t start the conversation, we won’t talk. If you don’t put in the effort, why should I?”

64. “Cry as much as you want to, but just make sure when you’re finished, you never cry for the same reason again.”

66. “It’s funny how the people who know about you, always have the most to say.”

68. “I don’t have problems with people because if I do, I address it.”

69. “Advice is what we ask for when we already know the answer but wish we didn’t.“

70. “Don’t be afraid to make mistakes ’cause you gotta make some.”

73. “I’ve just grown a lot, learned a lot about myself, learned a lot about business, and learned new strategies and different ways to approach things. I’m really excited to have those new approaches and new inspirations on life. A lot of that goes into the music and being able to find certain things inside of yourself, or to be able to look at other people around you, and to say like, you know, this is my core, and this is who I believe in.”

74. “Anything you want, you can get, you gotta build it though.”

75. “Look at where you’re going and where you are. You will get there if you work hard. When you make it, you’ll get exactly what you work for.”

76. “Lost some people to get here but they were watching us from up above.”

77. “There are consequences to every decision.”

78. “Depending on how it’s going, we’re only gonna get tougher.”

79. “Yeah, all of the fame just comes with the game. It’s a gift and a curse when everybody knows your name.”

80. “Grow some more weed and get medicated. Every day is a holiday so we celebrate it.”

81. “Wiz Khalifa is all about chilling out with some good weed to smoke.”
82. “All these nigga smoking weed around me, it’s a smoke-a-thon.”
83. “So smoking is the perfect way to commit suicide without actually dying. I smoke because it’s bad, it’s really simple.”

86. “Even with whatever people want to label me with, there are so many other sides to me.”

87. “I come from a place where people get high, the grades get low. And if someone has a secret, everyone knows.”

88. “My live performance, it just comes from feeling an energy and emotion from the crowd.”

91. “Love everything you hate about yourself.”

92. “Love the people that treat you right and forget about the ones that don’t.”

93. “Be who you are and let everyone love that person.”

94. “I love my wife. We FaceTime, and we talk on the phone, and she travels to come see me when she can. But she works as well. But we see each other a lot more than people would think, though, because we make it happen and we love each other so much.”

96. “Haters saying they wanna defeat us, they don’t hate us, they wanna be us. Truth is you can’t join us or beat us.”

98. “The haters in your face, you just ignore them. They don’t know what they’re talking shit for.”

99. “Do what you want, if it is something you did regret the next day, sleep in late.”

101. “I sleep on my stomach with my head under a bunch of pillows so if someone wants to come in and try to kill me they can’t tell if I’m there or not, so they’ll just leave.”

103. “It’s funny how you can do nice things for people all the time and they never notice. But once you make one mistake, it’s never forgotten.“

106. “Being happy doesn’t mean that everything is perfect, it simply means that you have decided to look beyond the imperfections.”

108. “The most daring thing is to be yourself and to do exactly what you want to do at that point in time and not to be worried about what other people are doing or what’s popular.”

110. “Everyone is born beautiful; some people just let the world turn them into something ugly.”

111. “We never really learn from the first mistake or the second or third. It only hits us when we’re given the last chance.”

112. “Once they see you doing better without them. That’s when they want you back.”

113. “In each mind resides a potential so potent.”

116. “My life, my choices, my mistakes, my lessons–not your business.”

117. “Worrying is stupid. It’s like walking around with an umbrella waiting for it to rain.”

119. “Sometimes the best way to get someone’s attention is to stop giving them yours.“

120. “The worst feeling is pretending you don’t care about something when in reality it’s all you seem to think about.“

Did These Wiz Khalifa Quotes Encourage You to Forget the Past and Learn From It?

At a young age, Wiz Khalifa already made his name in the music industry. Throughout his early career, he developed and became mature as an artist.

When Wiz Khalifa parted ways with Warner Bros. Records, he learned a lot of things about the industry. He even regarded his time there as a great move career-wise. More than this, he believed that it opened more opportunities for him.

When the time came for him to start on his own, he used the lessons and opportunities he got from his past, and in turn, these made him more successful in the music industry.

One of them was the release of his first official major-label album, Rolling Papers.

Just like Khalifa, every person has a past. By looking at those past positively and moving on from it, it gives us a chance to open new opportunities in our lives.

Do you have any favorite quote from Wiz Khalifa? Please let us know! Comment them down below.