If you are interested in some of the greatest and most inspiring Travis Scott quotes, then you’ll surely love this collection!

You probably know who Travis Scott is if you are a music lover who loves rap songs. And here, we’ve compiled 160 of his quotes that will make you love him more.

Popularly known as Travis Scott, his real name is Jacques Bermon Webster II. He is an American rapper, singer-songwriter, and a record producer.

He was nominated and won several times from the BET Hip Hop Awards.

Let’s check these out!

And make sure to read these Wiz Khalifa quotes and Lil Uzi Vert quotes.

3. “You will never influence the world by trying to be like it.”

4. “I’m attached to the beat. The beat speaks words. I love music.”

5. “I feel like God put me here to help out with people’s souls, man.”

6. “I’m just here for good times, man. I want people to have the best time ever, especially if they’re around me.”

8. “Beyonce is, like, the highest level. We all reach that level.”

12. “I’m not into just one thing; I always felt like I had to have my hand in everything revolving around what I do—whether it’s directing videos, making beats, making music, performing.”

13. “Everybody just has different steps in their life that they take to do what they should.”

16. “You’ve gotta motivate kids. They wanna grow up. They have problems. You’ve gotta give ’em that music to make ’em feel like they’re OK, and it’s only a couple of artists that do that.”

20. “Fans are reflecting the way I am making music.”

25. “I think of Westernized culture as a good visual for my music.”

26. “I think, with production, I pay very close attention. ‘Cause that’s my favorite thing in music. That’s the whole drive. That’s the reason.”

28 “I was on mad platinum albums. I produced and wrote on them.”

29. “I never produce a song—whether writing it, or making a beat, and give it a wack visual or wack performance. I’m like a trifecta.”

30. “There are people who take fashion to different levels, but personally, I’m just a kid with it.”

32. “I feel like everything needs to be stylised; that’s always been my mindset.”

33. “I remember my mom bought me one of their shirts for Easter so that I could wear Helmut Lang for Easter. That was my first piece.”

35. “Yes, money is important. But it’s all about the creative process.”

36. “Money is something that keeps you alive and healthy and just keeps you focused. It’s the drive. It’s the passion.”

39. “Got new money, got new problems, got new enemies. When you make it to the top, it’s the amenities.”

40. “I feel like everyone just gets constricted by their parents or just life.”

43. “My whole story is straight mythical. It’s tangible, but it’s also what life could be.”

45. “In my whole career, all I wanted was acceptance from Kid Cudi. I don’t care about anything else! This dude saved my life.”

47. “I want to do what Kid Cudi did for kids for my generation.”

48. “Cudi should be a top tier artist. I think he fathered a lot of the style of music. He’s a good influence and a good help.”

50. “When the power of love overcomes the love of power, the world will know peace.”

55. “Never leave your people behind. It’s never love, no matter what you try.”

57. “You used to say you were in love. I used to say that sh*t back. Taking that sh*t from the heart. Now look where the f*ck where we at.”

59. “I was working with Jay Z while I was still learning how to be who I was about to become.”

61. “I don’t need a stage to perform. We just need something to stand on.”

62. “Words mean nothing without action.”

Travis Scott Quotes About Houston and His Upbringing

65. “I was born in Houston, Texas. I grew up in Houston, by Missouri City. It’s like a suburb in the area; it’s middle-class. But I used to stay with my grandma in the hood from ages one to six.”

66. “I feel like Houston is one of the leading things in music culture. Everyone loves Houston culture. It needs to have its own monument, its own moment for artists like me, artists like Beyonce who set it off.”

68. “Growing up in Houston, the music scene is super boring.”

69. “My mom worked for Apple, and my dad owned his own business.”

70. “I skipped ‘College Dropout’ and ‘Late Registration’ and went straight to ‘808s and Heartbreak.’”

72. “I was a smart kid. I went to a private school in middle school and got kicked out.”

74. “My mom used to work for Coach and Louis Vuitton, in retail. So, I’ve always been around it. I’ve always had that connection. Always.”

75. “My grandad, he has his doctorate in psychology.”

76. “The most ironic thing is my grandfather has his masters in music composition; he was a jazz composer. My dad was a musician, too. He played more, like, soul music.”

77. “That’s where I get my whole music theory from, my pops and my grandfather.”

93. “Do it for fun. Don’t take it personal. Personally, I’m surprised you called me after the things I said.”

94. “Promise I won’t cry over spilled milk. Gimme a paper towel, gimme another Valium. Gimme another hour or two, hour with you.”

98. “Just to drown out all these thoughts, I tried all kinds of things.”

99. “They tryna say that all my problems are improbable. They keep itching at my spirit, I’m diabolical.”

106. “Sometimes I might be sleepy, and sometimes, I’ve literally been sleeping backstage, woken up, gone straight on stage or gone crazy. It’s not like I psyche myself; I don’t do any of that.”

108. “When you come to my show, it’s like a no-holds-barred, underground Royal Rumble.”

110. “I always hate when, like, my favorite performer has a boring moment. Especially when they got mad hits.”

111. “I don’t get why radio shows allow artists to do shows without creative control, without any art direction at all. Instead of that, I get their press guys, their camera guys to be my backdrop of my show.”

112. “I see hip-hop as going in a self-managing place. It’s very culturally controlled and artist-controlled. It’s not really based on a label anymore. Everything is pretty much in the control of the artist. Which is amazing.”

113. “If the whole world was blind, how many people would you impress?”

120. “We as people have to find better ways to connect with each other through other avenues other than anger. The word beauty means a lot to me but it all comes down to who you are as a person. It has a lot to do with your heart, how good you are to others.”

121. “Take a shot, make a friend, just enjoy the moment. I’m Luke Skywalkin’ on these haters.”

122. “When the day gets better, the night gets brighter.”

124. “We always forgive but don’t forget easily. Cut my phone off so they can never reach me.”

125. “Pray for those who lost their fate and died too young. Pray for the ones I hate, the ones I love. Pray for my liver when I’m off in this club. I pray that the demons go away, they hauntin’ us. Man, I can’t take any more of this lifestyle we’ve been living. Man, I can’t take any more of the white powers in position. Gotta grab up J-Will, gotta scoop up J-Rich. Told Chase we ain’t going back, you know ‘we gotta hitch.’”

128. “I can make your Mondays even better like the weekend.”

130. “First visit, I gave her a pearl necklace. Next visit, I need your girl naked. Took a church visit, you know, ’cause the world is hectic.”

139. “Oh my, oh my, what a wonderful time. Been a minute since I pulled up outside. Shut it down, yeah, you do that every time. Oowee, got a feeling you might, yeah.”

140. “I get those goosebumps every time, I need the Heimlich.”

143. “Shawty, I just want your love for a minute. I am a captain baby, you can be a lieutenant. Swear I lose my mind every time that I’m in it. You won’t get a dime, naw naw not mine.”

146. “I’m always up for collaborating with brands and people who actually design, but doing your own line is a whole other beast. I don’t think I could deal with the criticism.”

148. “Her mindset will raise your children, not her body and good looks. So choose wisely.”

150. “I want, first and foremost, to help other artists, launch new names, and provide opportunities. I want to do for them what happened to me, but better.”

151. “I have black friends, but I don’t just hang out with black kids. I might pull up with Indian kids, white kids, black kids, whatever.”

152. “Raging and having good feelings and having fun is something I plan on doing and spreading across the world. I just need air and a mic.”

153. “I felt like ‘Owl Pharaoh,’ not everyone understood who I was as an artist.”

154. “With albums like ‘Rodeo,’ ‘Days Before Rodeo’ and ‘Owl Pharaoh,’ I was really tuned into wanting to get people to understand my consciousness and who I was mentally and who I am mentally.”

155. “Honestly, I really can’t speak for others, but in a sense, I feel like every artist always has their problems with the industry because we all want to have our creative way.”

156. “You’ve gotta really touch people to move them to buy your records.”

158. “Hit the club for the cougars. I never got down with the morals of Martin Luther.”

159. “I consider myself an artist, which is, like, the most played term, but I believe it.”

160. “I feel like ‘Birds in the Trap’ seem united; it’s just a metaphor for ones in their box that are stuck and can’t get their creative ideas out.”

Which of These Travis Scott Quotes Collection Can You Relate To?

Living and growing up in an environment surrounded by different types of people greatly affects who we became as a person. It affects us not just emotionally, but also mentally.

Travis lived with his grandmother in South Park, Houston, when he was less than 10 years old, and that experience taught him many things that he’d apply to life later on.

He lived in a notorious neighborhood and that had an impact on his young age. The things he witnessed pushed him to do his best in order to have a better future.

Like Travis, our past experiences also shape what we are now. Because of the bad experiences that we’ve experienced from the past, we learn, we improve, and we push to have better lives in the present.

Those experiences made us strong and helped us change the way we view life.

We hope this collection served as an eye-opener for you to learn from your experiences.

Like Travis Scott, let’s look at everything around us as pieces of information we can all learn from.

Have you learned something from Travis Scott? Which quote is your favorite? Let us know in the comments below. 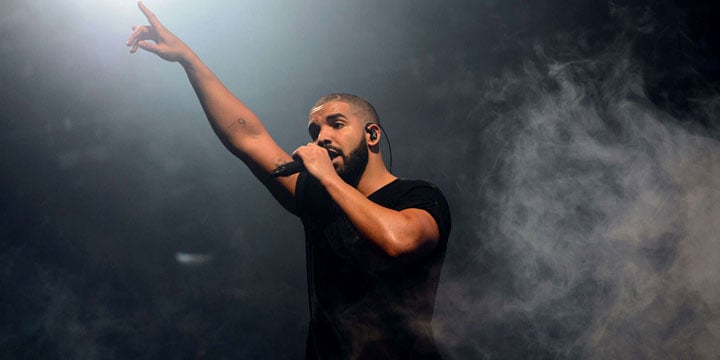 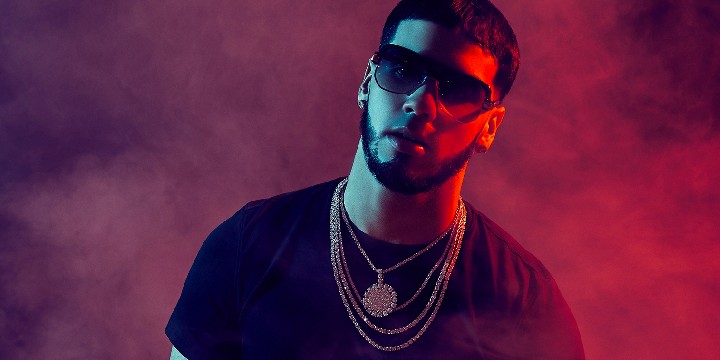 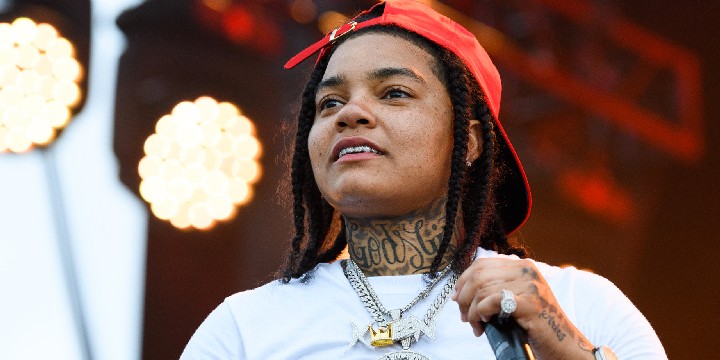 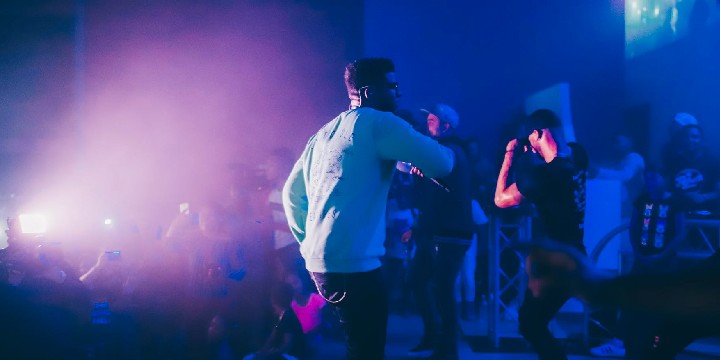 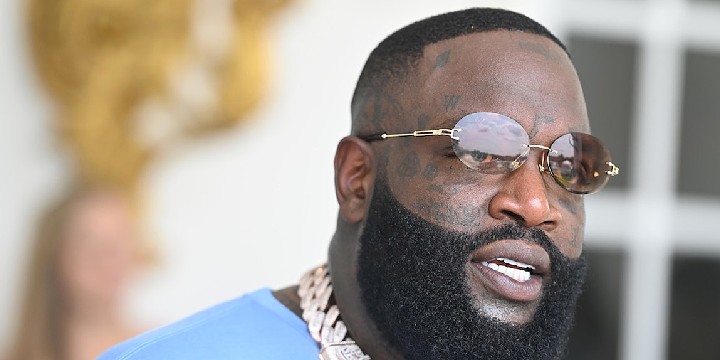 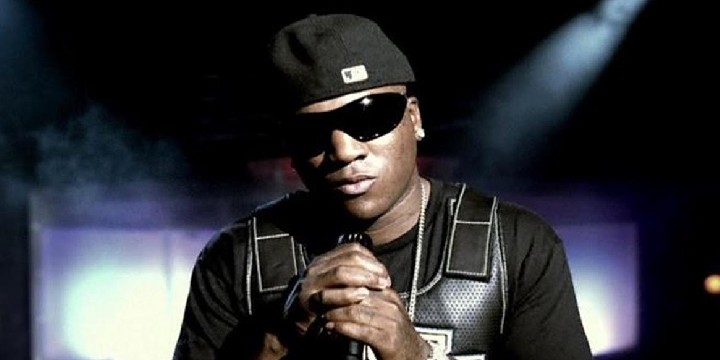