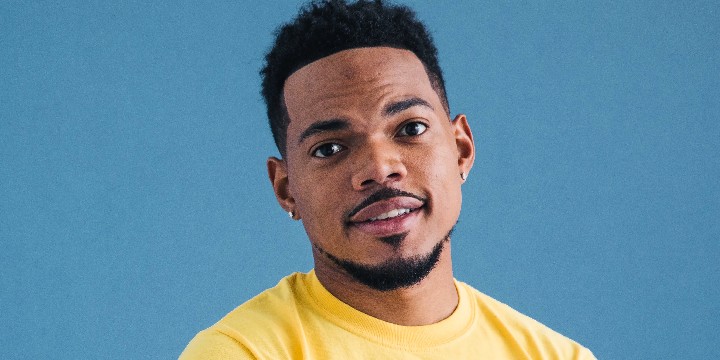 These Chance the Rapper quotes will inspire you to proudly express yourself through music and make your mark in the world.

Chance the Rapper is an American musician and activist. He is known for his Coloring Book mixtape about faith and the gospel, which won a Grammy Award based on the album’s streams.

But, what really made him famous and known worldwide is his deeply insightful opinions on politics and how it affects society. He is a voice that amplifies the calls of his community, proving his genuine want to uplift them.

Indeed, Chance the Rapper is not only talented; he also has a heart that touches the lives of his listeners. His words are guaranteed to make you reflect and encourage you to change your life.

So, don’t miss out on our collection of his best quotes by checking out the complete list below.

And make sure to read these Tupac quotes and Tyler, the Creator quotes.

1. “We only know what we know until someone knows better.”

3. “I can’t gain anything off of anyone else not succeeding.”

4. “What’s better than followers is actually falling in love.”

7. “Music can kind of make you one-dimensional. People see what’s on the surface and what you rap about, and they make their decision on who you are from there.”

8. “Something I try to instill in others is to just be a good person. It’s a decision you make a million times a day. But if you just keep trying, good stuff comes to you in an ordained way.”

9. “Fame or perceived success, it all comes from groupthink.”

10. “The people’s champ must be everything the people can’t be.”

12. “I don’t make songs for free. I make them for freedom. Don’t believe in kings. Believe in the Kingdom.”

13. “‘Chance the Rapper’ is many things. I’m constantly evolving.”

16. “I don’t know how to attack that question. Obviously, violence doesn’t come from music. That’s stupid. That’s not the answer. That’s not right. But music can be very influential, especially on a viral basis.”

17. “You gotta try and flip stuff. Everything you get, you can turn into something else.”

18. “Depending on the story that you’re telling, you can be relatable to everybody or nobody. I try and tell everybody’s story.”

19. “Everybody’s somebody’s everything. I know you right. Nobody’s nothing. That’s right.”

21. “Anything is respectable in its own realm.”

22. “No weapon formed against me shall prosper.”

23. “I think that’s always the goal of art, is to make people ask themselves questions.”

25. “The problem is that my generation was pacified into believing that racism existed only in our history books.”

28. “There is a multitude of experiences that make up the Black experience.”

29. “There is so much positivity in the world and your day-to-day life that to go as far as to say that you hate something, and all the bad things in the world happen to you. It’s a joke. It’s not real to have that much hate in your heart.”

30. “I’ve come to understand that art is awesome and beautiful because it’s a reflection of life, but it’s just a reflection, and the real thing is my daughter.”

32. “Everything you write as an artist is about your legacy and your catalog and how you would look in a museum.”

33. “There’s a hunger in me that always wants to be creating and orating, telling people something and giving them information and getting feedback. There are so many questions that I’m trying to ask, and I’m still so far from being done, saying what I gotta say.”

34. “For me, performing is the biggest part of being a rapper. There’s nothing like the feeling of screaming your story to people.”

Chance the Rapper Quotes That’ll Bring You Closer to God

36. “I still think that God means everything to everyone, whether they understand it or not or can see for themselves.”

37. “I know for a fact that we’re not pushed or promoted to speak about God with fervor.”

More Chance the Rapper Quotes for Fans of His Music

40. “I go broke a lot. I go broke a lot because I have this understanding that whatever I put out there, if I really am doing what’s right, it’s going to be rewarding, you know?”

Did These Chance the Rapper Quotes Inspire You to Love and Care for Others?

There will be moments when we feel like we are losing direction in life. They make us forget why we do the things we do—the purpose behind each and every action. When we’re undergoing these circumstances, the things that were once our motivation do not seem to matter much anymore.

In times like these, we realize that having dreams fueled by our self-interests is not enough. We must find love and care for other people because it is a purpose that will surely motivate us until the end. Just like Chance the Rapper, his love for his child and his desire to empower his community are the things that really propelled him to success.

Chance the Rapper’s experiences as a Black man in the music industry may be challenging, but instead of spreading hate like others, he chose to be kind. His selflessness and desire to make things better for other people and the world motivate him in life. Indeed, he is a good musician with a big heart.

So, we hope that these quotes were able to make you reflect on your real motivations in life. Redirect your passion and use love to help you keep your inspiration in reaching your dreams!

Which Chance the Rapper quote is your favorite? Do you have a favorite song of his? Comment below.