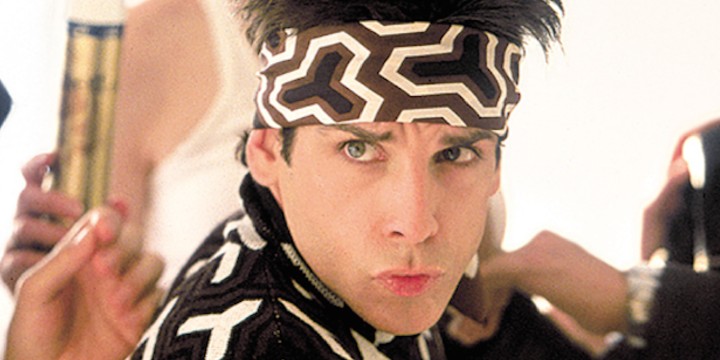 Get ready for some of the greatest Zoolander quotes that will boost your creativity and bring out the best in you.

Zoolander is a comedy film directed by Ben Stiller released in 2001.

He also portrayed Derek Zoolander, a successful and well-known model in the industry. But in his fourth year of fame, he got defeated by Hansel, a new model.

Losing a job has an impact not only on us, but also on those around us. Behind this hilarious and witty film are great life lessons that we can all learn from.

And make sure to check out these The Waterboy quotes and Joe Dirt quotes.

1. “Well, I guess it all started the first time I went through the second grade. I caught my reflection in a spoon while I was eating my cereal, and I remember thinking, ‘Wow, you’re ridiculously good looking, maybe you could do that for a career.’” – Derek Zoolander

2. “Have you ever wondered if there was more to life other than being really, really, ridiculously good looking?” – Derek Zoolander

3. “Now if you’ll excuse me, I have an after-funeral party to attend.” – Derek Zoolander

6. “Sting would be another person who’s a hero. The music he’s created over the years, I don’t really listen to it, but the fact that he’s making it, I respect that.” – Hansel

8. “How can we be expected to teach children to learn how to read if they can’t even fit inside the building?” – Derek Zoolander

9. “You mean you can read minds?” – Derek Zoolander

18. “If there is anything that this horrible tragedy can teach us, it’s that a male model’s life is a precious, precious commodity. Just because we have chiseled abs and stunning features doesn’t mean that we still can’t not die in a freak gasoline fight accident.” – Derek Zoolander

21. “There was a moment last night when she was sandwiched between the two finish dwarfs and the Maori tribesmen where I thought, ‘Wow I could really spend the rest of my life with this woman.’” – Derek Zoolander

22. “For god’s sake Derek, you were down there one day!” – Larry Zoolander

23. “I’m sorry that good looking people like us made you throw up and feel bad about yourself.” – Hansel

24. “Let me show you Derelicte. It is a fashion, a way of life inspired by the very homeless, the vagrants, the crack whores that make this wonderful city so unique.” – Jacobim Mugatu

28. “I have problems with turns, because I’m left handed, and they haven’t built a left handed runway yet. I’ve done over 1,000 runway shows in my career, and if you put all those runways end to end, it’d be so long I couldn’t even walk down it without getting tired. I think the only good thing about it would be there’d be no turns.” – Derek Zoolander

29. “What say we settle this on the runway, Han-Solo?” – Derek Zoolander

Entertaining Quotes From Zoolander That Will Give Positive Energy

34. “With what? Your male modeling? Prancing around in your underwear with your weiner hanging out for everyone to see? You’re dead to me, boy. You’re more dead to me than your dead mother. I just thank the Lord she didn’t live to see her son as a mermaid.” – Larry Zoolander

35. “Damn it, Derek! I’m a coal miner, not a professional film or television actor.” – Larry Zoolander

36. “You think that you’re too cool for school, but I have a newsflash for you, Walter Cronkite—you aren’t.” – Derek Zoolander

39. “I wasn’t like every other kid, you know, who dreams about being an astronaut.” – Hansel

40. “I care desperately about what I do. Do I know what product I’m selling?” – Hansel

43. “I invented the piano key necktie, I invented it!” – Jacobim Mugatu

44. “I was always more interested in what bark was made out of on a tree.” – Hansel

Hilarious Quotes From Zoolander to Make You Chuckle

46. “Oh, I’m sorry, did my pin get in the way of your ass? Do me a favor and lose five pounds immediately or get out of my building like now!” – Jacobim Mugatu

49. “So I’m rappelling down Mount Vesuvius when suddenly I slip, and I start to fall. Just falling, ahhh! Ahhh! I’ll never forget the terror. When suddenly I realize, ‘Holy shit, Hansel, haven’t you been smoking Peyote for six straight days, and couldn’t some of this maybe be in your head?’” – Hansel

50. “Oh, I thought you were going to tell me what a bad eugoogoolizer I am?” – Derek Zoolander

52. “You know what, can we just cut it out with all the Earth-tos, please?” – Matilda Jeffries

53. “Uh, no, I don’t think you do. Listen, it’s not like we think that we’re actually in a control tower trying to reach outer space aliens or something. Okay?” – Derek Zoolander

54. “Well, I guess I would have to answer your question with another question. How many abodiginals do you see modeling?” – Derek Zoolander

57. “A eugoogoolizer, one who speaks at funerals.” – Derek Zoolander

58. “Hi Derek! My name’s Little Cletus and I’m here to tell you a few things about child labor laws, ok? They’re silly and outdated. Way back in the ’30s, children as young as five could work as they pleased; from textile factories to iron smelts. Yippee! Hurray!” – Jacobim Mugatu

Interesting Quotes From Zoolander That Will Catch Your Attention

59. “As a caterpillar becomes a butterfly, so must you become Derelicte!” – Jacobim Mugatu

60. “I hear words like ‘beauty,’ and ‘handsomeness,’ and ‘incredibly chiseled features,’ and for me, that’s like a vanity of self-absorption that I try to steer clear of.” – Hansel

61. “When I was in seventh grade, I was the fat kid in my class.” – Matilda Jeffries

66. “Uh, Derek, I don’t know if you’re familiar with the belief that some aboriginal tribes hold. It’s the concept that a photo might steal a part of your soul. I mean, what are your thoughts on that as someone who gets his picture taken for a living?” – Matilda Jeffries

70. “Do you understand that the world does not revolve around you and your ‘do whatever it takes,’ ruin as many people’s lives, so long as you can make a name for yourself as an investigatory journalist, no matter how many friends you lose or people you leave dead and bloodied along the way.” – Derek Zoolander

71. “I’m pretty sure there’s a lot more to life than being really, really, ridiculously good

looking. And I plan on finding out what that is.” – Derek Zoolander

72. “People come up to me all the time and say, ‘You should be a model, or you look just like a model, or maybe you should try to be a man who models.’ And I always have to laugh because I’m so good looking. Of course I’m a model.” – Derek Zoolander

73. “Let’s get back to the reason that we’re really here. Without much further ado, I give you the Derek Zoolander Center For Kids Who Can’t Read Good.” – Jacobim Mugatu

74. “Would you guys stop it already?” – Derek Zoolander

76. “Did you think I’d be too stupid to know what a eugoogooly was?” – Derek Zoolander

78. “Shut up! Enough already, Ballstein! Who cares about Derek Zoolander anyway? The man has only one look, for Christ’s sake! Blue Steel? Ferrari? Le Tigra? They’re the same face! Doesn’t anybody notice this?” – Jacobim Mugatu

79. “Actually, I’m trying to talk to Mugatu but he’s tougher to get to than the president.” – Matilda Jeffries

81. “I totally agree with you. But how do you feel about male models?” – Hansel

85. “I couldn’t understand why I didn’t look like them. I just didn’t get it so I became—so, um, I became bulimic.” – Matilda Jeffries

87. “I wanted to create a new life for myself. I’m sorry I was born with this perfect bone structure, that my hair looks better done up with gel and mousse than hidden under a stupid hat with a light on it. All I ever wanted to do was make you proud of me, pop.” – Derek Zoolander

88. “I’ve got a prostate the size of a honeydew and a head full of bad memories.” – Maury Ballstein

How Do You Feel About Supermodels?

At some point in our lives, we have all fantasized about becoming models. Being a part of this industry is difficult. To maintain their popularity, models must maintain their body, posture, charm, and creativity.

Despite the criticism, Zoolander gave out positivity with silly jokes and amusing entertainment. Of course, it also included serious engagements and life-related conversations.

Accepting life’s challenges and facing things head-on are the lessons we can get in this film. There are many wonderful things life has to offer, and we should seek them out.