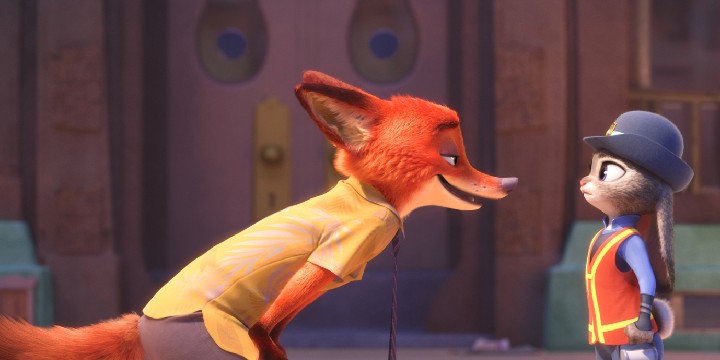 These top 25 Zootopia quotes will make you laugh and teach you morals that may inspire you to be a better person!

It can be hard to follow our passion and goals in life when people around us don’t believe in our capabilities. But, with the right mindset and hard work, we can overcome anything, just like what we’ve learned from the characters in the movie.

Zootopia is an animated movie with unique characters, a clear message of perseverance, and plenty of humor. It zooms in on Judy Hopps, a young rabbit who becomes the first rabbit police officer in the big city of Zootopia. However, instead of becoming a great cop who solves mysteries, she spends all day writing parking tickets.

She then meets Nick Wilde, a fox who grew up on the streets and became her partner in solving a case in Zootopia. They have many differences, but they soon learn to appreciate one another’s abilities and work together to uncover the truth.

To find out more about what will happen to Nick and Judy at the end, read this collection from beginning to end!

And don’t forget to check out these Onward quotes and Coraline quotes.

1. “Life isn’t some cartoon musical where you sing a little song and all your insipid dreams magically come true. So let it go.” – Chief Bogo

2. Nick Wilde: “Flash is the fastest guy in there. If you need something done, he’s on it.”

Judy Hopps: “I hope so. We are really fighting the clock, and every minute counts—wait. They’re all sloths? You said this was going to be quick!”

Nick Wilde: “Are you saying that because he’s a sloth, he can’t be fast? I thought in Zootopia, anyone could be anything.”

3. “I thought this city would be a perfect place where everyone got along, and anyone could be anything. Turns out, life’s a little bit more complicated than a slogan on a bumper sticker. Real life is messy. We all have limitations. We all make mistakes. Which means, hey, glass half full, we all have a lot in common. And the more we try to understand one another, the more exceptional each of us will be. But we have to try. So no matter what kind of person you are, I implore you to try. Try to make the world a better place. Look inside yourself and recognize that change starts with you.” – Judy Hoops

4. “It’s not about how badly you want something. It’s about what you are capable of!” – Chief Bogo

5. Judy Hopps: “I came here to make the world a better place, but I think I broke it.”

Chief Bogo: “The world has always been broken. That’s why we need good cops.”

6. Nick Wilde: “I learned two things that day—one, that I was never going to let anyone see that they got to me.”

Nick Wilde: “That if the world’s only going to see a fox as shifty and untrustworthy, there’s no point in being anything else.”

8. “Fear always works, and I’ll dart every predator in Zootopia to keep it that way.” – Bellwether

9. “Zootopia is a unique place. It’s a crazy, beautiful, diverse city where we celebrate our differences. This is not the Zootopia I know. The Zootopia I know is better than this. We don’t just blindly assign blame. We don’t know why these attacks keep happening. But it is irresponsible to label all predators as savages. We cannot let fear divide us. Please, give me back the Zootopia I love.” – Gazelle

15. “Be careful now, or it won’t be just your dreams getting crushed!” – Nick Wilde

Stu Hopps: “Just as long as you don’t believe too much in them.”

Zootopia Quotes for You to Reflect On

18. “I was ignorant and irresponsible and small-minded. But predators shouldn’t suffer because of my mistakes. I have to fix this.” – Judy Hopps

Chief Bogo: “You strike out, you resign.”

21. Nick Wilde: “Do you think when she goes to sleep, she counts herself?”

22. Stu Hopps: “You want to talk about making the world a better place, no better way to do it than becoming a carrot farmer.”

Bonnie Hopps: “Yes! Your dad, me, your 275 brothers and sisters, we’re changing the world.”

Bonnie Hopps: “One carrot at a time.”

Nick Wilde: “Okay. What do you call a three-humped camel?”

24. Yax: “As you can see, Nangi’s an elephant, so she’ll totally remember everything. Hey, Nangi. These dudes have some questions about Emmitt the Otter.”

Yax: “Uh—Emmitt Otterton? Been coming to your yoga class for, like, six years?”

Nangi: “I have no memory of this beaver.”

Yax: “He was here a couple of Wednesdays ago, remember?”

Yax: “Yeah, he was wearing a green cable-knit sweater vest and a new pair of corduroy slacks. Oh, and a paisley tie, sweet Windsor knot. Real tight. Remember that, Nangi?”

Yax: “Yeah, and we both walked him out, and he got into this big old white car with silver trim. Needed a tune-up. The third cylinder wasn’t firing. Remember that, Nangi?”

Yax: “Told you Nangi has a mind like a steel trap. Oh, I wish I had a memory like an elephant.”

25. Judy Hopps: “Gideon Grey was a jerk who happened to be a fox. I know plenty of bunnies who are jerks.”

Stu Hopps: “Sure, we all do. Absolutely. But just in case, we made you a little care package to take with you.”

Bonnie Hopps: “Mm-hmm. And I put some snacks in there.”

Stu Hopps: “This is fox deterrent.”

Bonnie Hopps: “Yeah, that’s safe to have that. Okay.”

Stu Hopps: “This is fox repellent.”

Bonnie Hopps: “Okay, the deterrent and the repellent, that’s all she needs.”

Stu Hopps: “Check this out!”

Bonnie Hopps: “Oh, for goodness sake. She has no need for a fox taser, Stu.”

Stu Hopps: “Oh, come on. When is there not a need for a fox taser?”

Did This Collection Make You Realize That Anything Is Possible?

One of the most meaningful quotes in the movie goes, “In Zootopia, anyone could be anything.” Like the characters in the movie, we all want a place where everyone will accept and respect us for who we are. How fulfilling would it be to find a place where we can all live freely, without judgment and criticism from others?

Just from this one lesson, it’s clear that Zootopia is a movie that entertains and provides words for thought and reflection. Through each of its characters, we learn about the value of accepting and embracing others’ differences, quirks, and talents. Furthermore, they also help us believe that we can do anything we set our minds to!

Facing discrimination and hate from society is inevitable, but it’s up to you to decide whether they’ll affect you negatively or not. So, be brave, believe in yourself, and do everything you want to do in life!

Hopefully, this list of Zootopia quotes was able to inspire and encourage you to live a carefree life. Remember, you hold power within you to succeed in whatever you want to pursue. So, don’t ever give up!