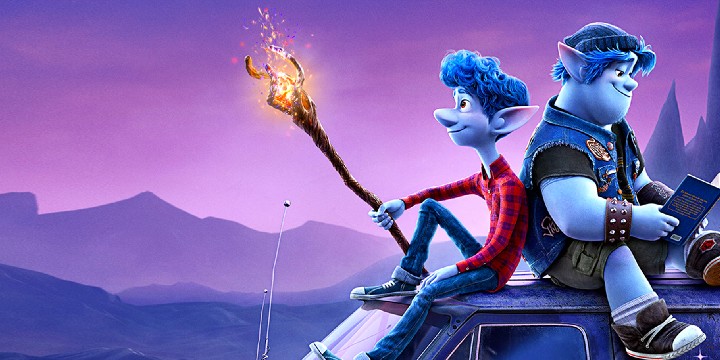 Dive into this list of inspiring Onward quotes to fill yourself with wisdom!

Onward is an animated urban fantasy movie filled with meaningful lessons we can all learn from! The story is about the two elf brothers, Barley and Ian Lightfoot, who embark on an incredible journey to see their father for the last time. To get through the dangers along the way, they need to awaken the magic within them.

However, Ian and Barley’s journey wasn’t easy. They experienced a lot of circumstances along the way, as any of us do. But, what makes them so unique is that they didn’t give up and faced their challenges fearlessly.

That’s why even though their journey was filled with cryptic maps and impossible obstacles, they still managed to overcome them.

If you’re curious about what happened on their amazing and fun adventure, read the collection entirely!

And make sure to check out these Zootopia quotes and Coraline quotes.

1. “You’ll be ready for adulthood, and it’s a gauntlet of challenges.” – Barley Lightfoot

4. “It’s not fair for you to call me a screw-up if you don’t give me a chance to do one thing right.” – Barley Lightfoot

6. “There is a mighty warrior inside of you; you just have to let him out.” – Barley Lightfoot

7. “For any spell to work, you must speed from your heart’s fire.” – Barley Lightfoot

8. “I think we should take the Path of Peril. On a quest, the clear path is never the right one.” – Barley Lightfoot

9. “You need to start thinking less about the past and more about the future.” – Laurel Lightfoot

10. “I think with a little bit of magic, you can do anything.” – Ian Lightfoot

11. “Now you know the worst that could happen, so there’s nothing to be scared of.” – Barley Lightfoot

Motivational Onward Quotes to Uplift You

12. “A person can only do magic if they have the gift.” – Barley Lightfoot

14. “Believe with every step!” – Barley Lightfoot

16. “I wrote this spell so I could see for myself who my boys grew up to be.” – Ian Lightfoot

17. “Mom knows how to let out her inner warrior!” – Barley Lightfoot

18. “You know when your dad got sick, he fought so hard because he really wanted to meet you.” – Laurel Lightfoot

Humorous Onward Quotes That Will Make You Smile

20. “I remember his beard was scratchy, he had a funny laugh, and he used to play drums on his feet.” – Barley Lightfoot

22. Barley Lightfoot: “We are going on a grand and glorious quest.”

More Onward Quotes That You Will Love

23. “Your birthday’s a day to try new things! Be the new you!” – Laurel Lightfoot

24. “New me! Speak more. Learn to drive. Invite people to the party. Be like dad.” – Ian Lightfoot

25. “Only once is all we get. Grant me this rebirth. ‘Til tomorrow’s sunset, one day to walk the earth.” – Ian Lightfoot

Did These Onward Quotes Inspire You to Be Confident in Your Capabilities?

When the challenges we face become overwhelming, sometimes, we lose confidence in ourselves. We think of the possibility of failure, leading us not to try to find a solution at all. But, as we’ve learned from Ian and Barley, nothing is impossible if we don’t give up.

Though they are fictional characters, they give us hope that something better awaits us. If you think deeper about their characteristics, you’ll be inspired by their optimistic views on life. Ian and Barley are always looking for the best in every situation, and they never allow themselves to be let down because of outside factors.

So, why not cultivate your mindset into something more akin to theirs? Your challenges might seem huge to you, but if you think positively, you’ve already overcome the biggest roadblock there is—fear.

With that, we hope this list of Onward quotes was able to help you get through your life’s ups and downs. Keep this collection in mind whenever you need a guide or some motivation to stay on track with your goals.