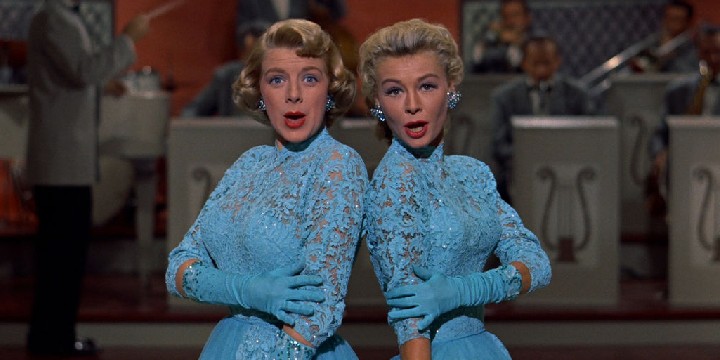 These fantastic White Christmas quotes will surely rekindle your interest in musical movies!

White Christmas is a musical movie that was released in 1954. The story starts with the farewell of an army general who cares about his men, especially Bob and Phil.

Unfortunately, after leaving the military, Major General Thomas F. Waverly faced lots of difficulties in his new ventures. This made him start to lose hope in everything.

Thankfully, Bob and Phil were there to help him. In the years that the three were in the military together, Major General Waverly did all he could to help them. So, in turn, they knew it was only fitting to give back the kindness they received.

Like Bob and Phil, it’s essential to never forget the people who helped us, no matter how big or small. To know more about this lesson and what transpired in White Christmas, check out the collection below!

And make sure to read these This Is Spinal Tap quotes and Wayne’s World quotes.

Judy Haynes: “Oh, Vermont should be beautiful this time of the year, with all that snow.”

Phil Davis: “Yeah, you know something?”

Phil Davis: “Vermont should be beautiful this time of the year, all that snow.”

Phil Davis: “We seem to be getting a little mixed up.”

Phil Davis: “Maybe it isn’t only the music.”

Bob Wallace: “When I figure out what that means, I’ll come up with a crushing reply.”

4. “You know, in some ways, you’re far superior to my cocker spaniel.” – Phil Davis

9. Major General Thomas F. Waverly: “I got along very well in the army without you.”

10. “You oughta consider yourself plenty lucky! You might have been stuck with this weird mobile for life!” – Bob Wallace

11. “Even guys with two left feet come out all right if the girl is sweet.” – Phil Davis, Judy Haynes

12. Bob Wallace: “Oh, Phil, when are you gonna learn that girls like that are a dime a dozen?”

Phil Davis: “Please don’t quote me the price when I haven’t got the time.”

Phil Davis: “I have a feeling you’re gonna hate it.”

Bob Wallace: “Then why should I do it?”

Bob Wallace and Phil Davis: “Pal in the army, yeah.”

White Christmas Quotes to Fill Up Your Day With Sarcasm

Judy Haynes: “But you might get yourself in an awful jam. Why should you? I mean, what’s in it for you?”

Phil Davis: “Forty-five minutes all to myself.”

16. Phil Davis: “Oh come on, how can a guy that ugly have the nerve to have sisters?”

Phil Davis: “Give me one reason, one good reason, why we should spend our last two hours in Florida looking at the sisters of freckle-face Haynes, the dog-faced boy.”

Bob Wallace: “Let’s just say we’re doing it for an old pal in the army.”

White Christmas Quotes for You to Think About

18. Bob Wallace: “You don’t expect me to get serious with the kind of characters you and Rita have been throwing at me, do you?”

Phil Davis: “Well, there have been some nice girls, too, you know.”

Bob Wallace: “Oh yeah, yeah. Like that nuclear scientist we just met out in the hall.”

Bob Wallace: “Go to Smith? She couldn’t even spell it.”

Did This Collection Inspire You to Give Back All the Kindness You’ve Received?

Nowadays, we are all busy minding our own life and success. This makes it hard to remember the people who supported and helped us along the way. Thankfully, White Christmas conveyed the importance of appreciating those who have helped us.

In it, we witnessed how Bob and Phil tried to extend help to their former general. That’s how grateful and willing they are to repay all the kindness they’ve received. With that, we should remember that the world is revolving, and it cannot always be in our favor.

We should appreciate and treasure all the help we get from other people. Remember, not everyone is willing to extend comfort and aid to you. So, don’t disregard the people who let you lean on them when needed.

Hopefully, this collection was able to open your eyes to who you should keep in your life. Remember, kindness should be repaid. So, pass whatever goodness you’ve gotten to others!