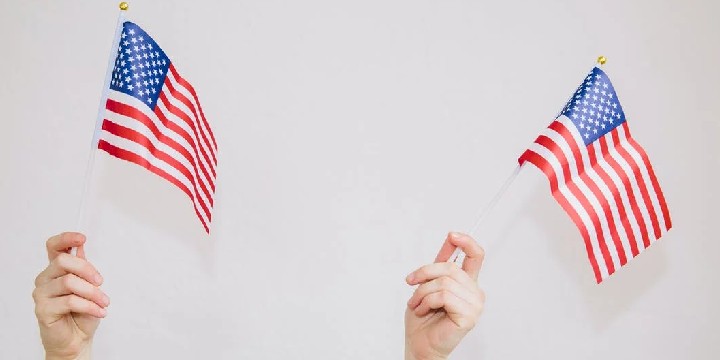 Browsing this list of 4th of July quotes will take you back to some of the most important moments in American history!

The Fourth of July is a special day for many Americans. It marks the day when our Founding Fathers declared their independence from Great Britain. In addition, this annual celebration is also a way to honor those who fought and died for our freedom.

On this day, fireworks fill the sky, parades occupy the streets, and family and friends spend time with one another. Some even make a wish before lighting their fireworks!

However, many Americans don’t realize how important this day is to our history. Some fail to realize that without independence, we wouldn’t be able to do the things we do today as freely. We would also be unable to build and create our own beliefs and traditions.

This is why the Fourth of July is also a day to remember our history, what transpired, and what we can do to protect our nation. It is a day filled with love for our country and the values which we’ve built our country upon.

So, if you’re one of those interested in the essence of celebrating the Fourth of July, then check out this collection!

This will fire your patriotism into flames and give you lots of inspiration for this holiday!

And don’t forget to check out these Memorial Day quotes and Veterans Day quotes.

1. “No other date on the calendar more potently symbolizes all that our nation stands for than the 4th of July.” – Mac Thornberry

2. “The United States is the only country with a known birthday.” – James G. Blaine

3. “Happy Independence Day. Let there be freedom in your mind and body, faith in your wards, and pride in your soul. Let’s salute our nation.” – Anonymous

4. “Happy Independence Day. Let us all pledge to protect the peace and unity of our great nation.” – Anonymous

6. “Today, let us take some time to value our nation and never forget the sacrifices. Happy Independence Day!” – Anonymous

7. “My love for my nation is boundless. My love for my people is endless. All I desire for my country is happiness. Let me be the first person to wish you a special Happy Independence Day!” – Anonymous

8. “What was important wasn’t the fireworks; it was that we were together this evening, together in this place, looking up into the sky at the same time.” – Banana Yoshimoto

9. “If our Founding Fathers wanted us to care about the rest of the world, they wouldn’t have declared their independence from it.” – Stephen Colbert

10. “Independence Day: freedom has its life in the hearts, the actions, the spirit of men, and so it must be daily earned and refreshed—else like a flower cut from its life-giving roots, it will wither and die.” – Dwight D. Eisenhower

11. “Our forefathers bought our freedom with their hard work and sacrifice. Now we must work hard to create a better nation for generations that follow. Happy Independence Day!” – Anonymous

4th of July Quotes for Everyone Excited for the Celebration

12. “You have to love a nation that celebrates its independence every July 4th, not with a parade of guns, tanks, and soldiers who file by the White House in a show of strength and muscle, but with family picnics where kids throw frisbees, the potato salad gets iffy, and the flies die from happiness. You may think you have overeaten, but it is patriotism.” – Erma Bombeck

13. “It will be celebrated with pomp and parade, bonfires and illuminations from one end of this continent to the other.” – John Adams

14. “I always have the most fun on the 4th of July. You don’t have to exchange any gifts. You just go to the beach and watch fireworks.” – James Lafferty

15. “Our small ears never had such a workout as on the 4th of July, hearing not only our own bursting crackers but also those of our friends, and often the boom of homemade cannon shot off by daring boys of 16 years, ready to lose a hand if it blew up.” – Paul Engle

16. “Today, we’ll celebrate Independence Day using the backdrop of the sky as a canvas, the fireworks were thrown against it bearing semblance to the drips from the hands of Jackson Pollock, but we’ll forget that here, in America, there are still some who are not free.” – Ayokunle Falomo

17. “Red, white, and blue are always appropriate colors on Southern porches, no matter what time of year it is. We love that these Patriotic Painted Mason Jars are functional, kid-friendly, and oh-so-charming. Fill with your favorite fresh blooms and display them at your 4th of July or summer party, or try using them in the middle of your dinner table as an eye-catching centerpiece.” – Anonymous

18. “Let’s not forget why we celebrate the 4th of July; it is the day Will Smith saved us from the aliens.” – Anonymous

19. “Happy 4th of July! Drink until you see Stars and Stripes!” – Anonymous

23. “Thanksgiving without turkey is like 4th of July with no apple pie or Friday with no two pizzas.” – Joey

24. “And one day people will celebrate this day by getting shit-faced and lighting Chinese explosives on fire.” – Thomas Jefferson

4th of July Quotes to Honor Those Who Fought for Independence

25. “As we express our gratitude, we must never forget that the highest appreciation is not to utter words but to live by them.” – John F. Kennedy

27. “In recognizing the humanity of our fellow beings, we pay ourselves the highest tribute.” – Thurgood Marshall

28. “We on this continent should never forget that men first crossed the Atlantic not to find soil for their plows but to secure liberty for their souls.” – Robert J. McCracken

29. “The greatness of America lies not in being more enlightened than any other nation, but rather in her ability to repair her faults.” – Alexis de Tocqueville

30. “Then join hand in hand, brave Americans all! By uniting we stand, by dividing we fall.” – John Dickinson

31. “My favorite thing about the United States? Lots of Americans, one America.” – Val Sainsbury

32. “There is nothing wrong with America that cannot be cured by what is right with America.” – Bill Clinton

33. “We are called the nation of inventors. And we are. We could still claim that title and wear its loftiest honors if we had stopped with the first thing we ever invested, which was human liberty.” – Joseph R. Biden, Jr.

34. “America is hope. It is compassion. It is excellence. It is valor.” – Paul Tsongas

36. “America was built on courage, on imagination, and an unbeatable determination to do the job at hand.” – Harry S. Truman

38. “America is known as a country that welcomes people to its shores. All kinds of people.” – Ruth Bader Ginsburg

39. “In the unlikely story that is America, there has never been anything false about hope.” – Barack Obama

40. “The essence of America—that which really unites us—is not ethnicity, or nationality, or religion. It is an idea—and what an idea it is: that you can come from humble circumstances and do great things. That it doesn’t matter where you come from, but where you are going.” – Condoleezza Rice

41. “Diversity of thought and culture and religion and ideas has become the strength of America.” – Gary Locke

42. “What is the essence of America? Finding and maintaining that perfect, delicate balance between freedom to and freedom from.” – Marilyn Vos Savant

43. “America was not built on fear. America was built on courage, on imagination, and an unbeatable determination to do the job at hand.” – President Harry S. Truman

4th of July Quotes to Remember America’s Struggle for Freedom

45. “It is by the goodness of God that in our country we have those three unspeakably precious things: freedom of speech, freedom of conscience, and the prudence never to practice either of them.” – Mark Twain

46. “It’s important that we establish that we are a country that has open arms and not closed borders for people. It’s important because we let people know why America is what it is. It’s about an idea, and that ideal is freedom for everybody.” – Oprah Winfrey

47. “As mankind becomes more liberal, they will be more apt to allow that all those who conduct themselves as worthy members of the community are equally entitled to the protection of the civil government. I hope ever to see America among the foremost nations of justice and liberality.” – George Washington

50. “What brings us together as Americans are so much stronger than anything that can tear us apart.” – Joseph R. Biden Jr.

51. “I love America more than any other country in this world, and, exactly for this reason, I insist on the right to criticize her perpetually.” – James Baldwin

53. “Our country is not the only thing to which we owe our allegiance. It is also owed to justice and to humanity. Patriotism consists not in waving the flag, but in striving that our country shall be righteous as well as strong.” – James Bryce

55. “For change often seems impossible until it is inevitable. Just as we must own our lives, we must own our country. For, we, the people, are ultimately in control of America’s story.” – Valerie Jarrett

57. “In the face of impossible odds, people who love their country can change it.” – Barack Obama

58. “The fact is, with every friendship you make and every bond of trust you establish, you are shaping the image of America projected to the rest of the world.” – Michelle Obama

60. “My father described this tall lady who stands in the middle of the New York harbor, holding high a torch to welcome people seeking freedom in America. I instantly fell in love.” – Yakov Smirnoff

Did This Collection Help You Understand the Essence of Celebrating America’s Independence?

The Fourth of July is the most important day in our history as Americans. It’s essential because it marks the end of an era and a new beginning for all of us. By celebrating it, we have the opportunity to show our solidarity and unity.

People have varying reasons behind their celebration of America’s Independence Day. Some may be in it for the fun and the feeling of oneness they’ll find in others. But, for most, it’s a chance to show their appreciation for soldiers’ hard work and sacrifices.

Since our independence, we’ve been given many opportunities to achieve great things, and that’s something we can never repay our military with. So, like the quotes above, remember to take pride in America’s greatness, people, and values.

Have fun, light up fireworks, and eat good food! But, at the same time, remember the blood, sweat, and tears that came with shaping America into the great nation it is today.