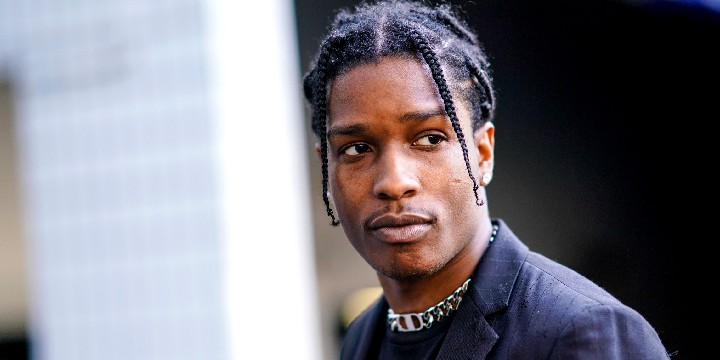 If you’ve ever wondered how this rapper rose to fame and became famous for his fashion sense, then these ASAP Rocky quotes are for you!

Rap is a genre that originated in the 1970s among inner-city African Americans. Like many other Black Americans, ASAP Rocky believed that music could help him change his future.

ASAP Rocky joined the hip hop collective A$AP Mob and rose to prominence after his song, Peso, received radio airplay. More than being a rapper, he is now also a very successful businessman. Learn more about this talented artist through the list below!

And don’t forget to check out these J. Cole quotes and Travis Scott quotes.

1. “God is letting me shine because I’ve got a good heart.”

2. “I’m here to break boundaries, man. That’s all. I’m here to be the first so that the people after me don’t have to think twice about expressing themselves and being free.”

3. “Everybody should be able to enjoy their life because you only live once. So I just want to get it all out there and be the best role model that I can be if people want to put me in that kind of predicament. I mean, I didn’t ask to be a role model, because I’m not perfect.”

4. “Man gave us laws, and God gave us time, it’s the art of storytelling and I’m only telling mine.”

5. “Nowadays, everybody wanna be weird. We know how to manifest being weird.”

7. “I want to make my own path and leave behind a good legacy for myself and honestly, I just want to be innovative and always down for other people. That’s what I want to be remembered by. I want to inspire.”

8. “I strive for perfection, but I’m not perfect. But what I can say is my morals are totally different than any other 24-year-old rapper my age now. I look at life totally different. A whole other aspect. I have different views and morals on life in general. And opinions.”

9. “I thought highly of myself growing up. I still do. There’s not really much somebody can say to me to bring down my confidence or anything.”

10. “I want to inspire people to really open up their minds and not be one-sided or biassed or hypocritical.”

11. “All of the young people—the artsy people, people who get overlooked because they’re weird or they don’t have hype around them—need to get some shine.”

12. “I didn’t want to be a loser, but I didn’t want to fit in at the same time because I don’t like just being ordinary. So it’s one of those situations where I always keep my head up.”

13. “I’ve got so much in my brain and I want to change the way we think sometimes.”

15. “Sometimes I forget that I’m supposed to keep people entertained because I’m just making music for my lifestyle and for my people who live my lifestyle. We forget that there’s a world waiting on us.”

16. “There’s just so much out there and so much inspiration—I just want to be tasteful.”

17. “I’m not glorifying it at all, I’m just basically telling you that sometimes I have suicidal thoughts. And maybe I should seek help, or maybe it’s not that deep.”

19. “I want to be the first guy to help people accept everybody for who they are. I’m talking about colors, religions, sex, everybody. My music is for everybody, it’s not just for one kind of group.”

20. “I just want my fans to grow up and enjoy the music first, I don’t want to change the world, that’s not what my music is about.”

22. “I’m from New York and I love New York and I’m always repping New York, but what I represent is something deeper than just being a New York rapper.”

23. “I’m starting to find out that a lot of people that you wouldn’t think listen to me really do.”

25. “I treat everybody equally, and so I want to be sure that my listeners and my followers do the same if they’re gonna represent me. And if I’m gonna represent them, then I also want to do it in a good way.”

26. “I used to be homophobic, but as I got older, I realized that wasn’t the way to do things. I don’t discriminate against anybody for their sexual preference, for their skin color—that’s immature.”

ASAP Rocky Quotes That Reveal His Personality and Interests

29. “I don’t want people to get the impression that I got money and now I’m cocky because I’m not. I’m just a little overly confident.”

30. “My real name’s Rakim—my parents named me after the god MC himself.”

ASAP Rocky Quotes About His Lifestyle and Fashion Sense

35. “Fashion is almost like a religion, for me at least.”

36. “I dress how I feel. I just go off emotion. I can’t prepare my outfit the day before. Everything I wear is spontaneous.”

37. “I don’t wear diamond necklaces. I’m not against it but I never could afford it, so now I just wear gold. I wear bracelets, rings, and anklets.”

38. “You ready? I have gold teeth, I have braids, I’m wearing Rick Owens moon boots, I have rips in my denim, a biker vest, I love artsy girls, my favorite artists are Jimi Hendrix and John Lennon. I’m obsessed with being different.”

39. “With clothes, I like mixing what different designers do until it becomes a personal expression of how I’m feeling that day.”

40. “But for real, for me, I feel like with the red lipstick thing it all depends on the pair of complexions. I’m just being for real. You have to be fair-skinned to get away with that.”

41. “So for me, fashion was about standing out as an individual—and it helped me get the attention that most people try to get with publicity stunts or by doing other crazy things. But I just let the attention come to me naturally, and I think some of that has to do with my fashion.”

42. “If a chick wants to know who makes my shoes, she’s got to take them off my feet and look inside.”

43. “I have a Rolex, but no diamonds. Rappers wear diamonds to compensate for a lack of fashion sense. I don’t even have pierced ears—I’m not into that; it’s too much.”

Intriguing ASAP Rocky Quotes on His Opinions on Women

45. “Purple lipstick? Naw, that looks stupid on all girls!”

47. “I wanna make music that I feel proud of when I’m on stage, that I feel like I put my all into.”

50. “When I started, I was 23 years old directing my own music videos; I’m co-producing on my album; I’m hands-on with everything. I’m more than just a pretty boy: I’m an artist. I’m not saying I’m a hip hop music artist, I’m an artist.”

52. “I’m not saying that hip hop needs gay rappers or anything, but they need to stop being so close-minded because that will just cause the genre to fail. Look at pop. Pop doesn’t discriminate against people. Look at Lady Gaga, y’know what I mean?”

54. “It brings a tear to my eye to see native New York people give me my props because New York is stubborn and arrogant.”

55. “I’m not the best at choosing what’s good and what’s bad. I wouldn’t even know what’s a good pop song and what’s a bad one. With that said, I wanted to say what’s true to me. Some people might say that the Skrillex record was pop, but that was just about the chemistry between me and my boy.”

56. “I wanted to appeal to people who’ve never really listened to hip hop or really given it a chance before. I’ve also tried to incorporate all my favorite lifestyle things in the music. Of course, ‘Fashion Killa’ is one of the peoples’ favorites because it just expresses how much I like fashion.”

57. “I’m getting my respect as a video director. The fashion industry respects me and knows who I am.”

58. “In Harlem, I got all my Black friends. But when I go downtown, I got Black, white, Asian, and Indian friends. There are no borders, no barriers.”

60. “Why can’t I be friends with somebody who’s gay? Why not? You can miss out on a lot by being so small-minded and stereotypical about people. It’s stupid.”

61. “We could fight the fuss till we get like friends, or somebody bites the dust and we split like ends. Even in our wildest moments, girl, I’m on it ‘cause you’re worth it. Practice makes perfect, so we fightin’ for a purpose.”

62. “When Big Meech and everybody got indicted, hustling died. Keep it trill.”

ASAP Rocky Quotes and Lyrics About Love and Relationships

65. “Who people like is their own business. It doesn’t concern me. I know what I do—and I’m having a lot of fun with the women that I’m with.”

66. “The worst thing a good girl could do to you is break your heart.”

67. “On ‘Phoenix,’ I talk about thoughts of suicide and my whole life. It’s called ‘Phoenix’ because it’s talking about dying—but when a phoenix dies, it’s reborn from its own ashes. I related to that.”

68. “I was thinking about naming my child Kanye.”

69. “Probably, violent things I’ve done when I was younger, was probably the most despicable things that I’ve ever done.”

70. “I was ashamed to let anyone know that I was living in a shelter. I remember one time coming home and some kids saw me and were like, ‘What you doing here? This is a shelter!’ But I was like, ‘My mom’s working there.’ It was pretty embarrassing.”

Which ASAP Rocky Song Is Your Favorite?

On October 3, 1988, ASAP Rocky was born in Manhattan’s Harlem neighborhood. Music was something that interested him ever since he was young. It took some time, but he finally started to rise when he received good reviews for his debut mixtape Live.Love.A$AP in 2011.

Despite his difficult childhood, ASAP Rocky pursued his life’s passions and dreams of becoming a rapper. He also developed an interest in fashion, which led him to new opportunities.

Life isn’t always fair, and some people need to put in more effort than others to achieve their dreams. But, ASAP Rocky didn’t let these obstacles keep him from pursuing his passion and having a better future. So, let these quotes serve as an inspiration to you and to everyone else struggling to rise above life’s difficulties that dreams will be reached if you never give up on them.

Which of these ASAP Rocky quotes is your favorite? Please, let us know in the comments section below!