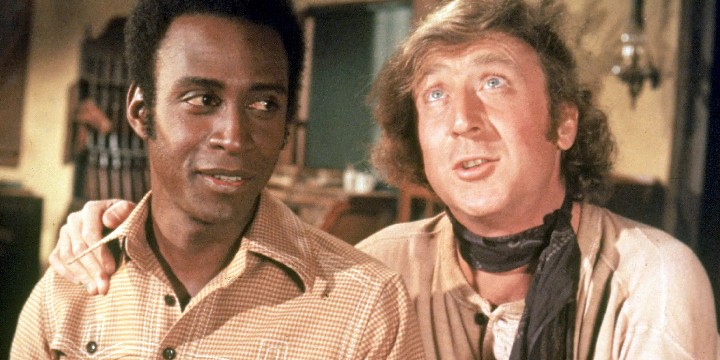 We’ve compiled a list of 90 Blazing Saddles quotes to spoil you with some of the movie’s most amusing lines.

Mel Brooks directed the 1974 film Blazing Saddles, which starred Cleavon Little and Gene Wilder. It was inspired by Bergman’s story and first draft. Blazing Saddles is a classic comedy classic that continues to stay in the hearts of many.

This collection will teach you valuable lessons about a person’s physical appearance and political beliefs. As you read through our collection, brace yourself as we’re sure you’ll burst out laughing in no time!

And don’t forget to check out these Young Frankenstein quotes and Spaceballs quotes.

1. “Men, you are about to embark on a great crusade to stamp out runaway decency in the west. Now you men will only be risking your lives, whilst I will be risking an almost certain Academy Award nomination for Best Supporting Actor.” – Hedley Lamarr

8. “I get no kick from champagne. Mere alcohol doesn’t thrill me at all. So, tell me why should it be true that I get a belt out of you. Some get a kick from cocaine.” – Bart

9. “‘What did you expect? ‘Welcome, sonny? Make yourself at home? Marry my daughter?’ You’ve got to remember that these are just simple farmers. These are people of the land. The common clay of the new West. You know—morons.” – Jim

12. “How did he do such fantastic stunts with such little feet?” – Hedley Lamarr

13. “He was nothing, the b*tch was inventing the Candy Gram and they probably won’t even give me credit for it.” – Bart

14. “My mind is a raging torrent flooded with rivulets of thought cascading into a waterfall of creative alternatives.” – Hedley Lamarr

Blazing Saddles Quotes That Will Make You Laugh Out Loud

16. “It got so that every pissant prairie punk who thought he could shoot a gun would ride into town to try out the Waco Kid. I must’ve killed more men than Cecil B. DeMille. Got pretty gritty. Started hearing the word ‘draw’ in my sleep.” – Jim

19. “Oh Lord! Do we have the strength to pull off this mighty task in one night or are we just jerking off?” – Reverend Johnson

Jim: “Yeah, but I shoot with this hand.”

26. “How many times have I told you to wash up after a weekly cross burning?” – Hedley Lamarr

29. “There might be a legal precedent. Land snatching. L—land. See snatch.” – Hedley Lamarr

30. “Then one day, I was walking down the street when I heard someone shout, ‘Reach for it, mister!’ I turned around to see who it was, and there I was, standing face-to-face—with a six-year-old kid. I just put my guns down and walked away. Little b*st*rd shot me in the ass!” – Jim

Blazing Saddles Quotes That Are Full of Scorn

32. “Chewing gum on line, eh? I hope you brought enough for everybody.” – Hedley Lamarr

33. “Hello handsome, is that a 10-gallon hat or are you just enjoying the show?” – Lili Von Shtupp

37. “Another 25 years and you’ll be able to shake their hands in broad daylight.” – Jim

38. “No, thank you. Fifteen is my limit on schnitzengruben.”

43. “Le Petomane Thruway?! Now, what’ll that *ssh*l* think of next? Does anybody got a dime? Somebody’s gotta go back and get a shitload of dimes!” – Taggart

46. “What in the wide world of sports is a-goin’ on here? I hired you people to get a little track laid. Not to jump around like a bunch of Kansas City faggots!” – Taggart

Blazing Saddles Quotes That Take on a Serious Tone

50. “They lose me right after the bunker scene.” – Actor playing Hitler

51. “I want you to round up every vicious criminal and gunslinger in the west.” – Hedley Lamarr

54. “A sheriff! But law and order is the last thing I want! Wait a minute—maybe I can use this to my advantage. If I could find a sheriff who so offends the people of Rock Ridge that his very appearance would drive them out of town! Wherever will I find such a man? Why am I asking you?” – Hedley Lamarr

56. “We’ll kill the firstborn male child in every household.” – Taggart

57. “The surveyors say they may have run into some quicksand up ahead. Better check it out.” – Taggart

60. “I wash born here, an I wash raished here, and dad gum it, I am gonna die here, an’ no sidewindin’, bushwackin’, hornswaglin’, cracker croaker is gonna rouin’ me bishen cutter.” – Gaby Johnson

61. “Unfortunately, there is one thing standing between me and that property—the rightful owners.” – Hedley Lamarr

62. “My mind is aglow with whirling, transient nodes of thought careening thru a cosmic vapor of invention.” – Hedley Lamarr

66. “Meeting adjourned. Oh, I am sorry, sir, I didn’t mean to overstep my bounds. You say that.” – Hedley Lamarr

71. “Let’s face it. Everything below the waist is kaput!” – Lili Von Shtupp

75. “What in the hell do you think you’re doing here? This is a closed set!” – Buddy Bizarre

77. “Well, that’s where we go a-ridin’ into town, a-whoppin’ and a-whumpin’ every livin’ thing that moves within an inch of its life. Except the womenfolks, of course.” – Taggart

84. “As chairman of the welcoming committee, it’s a pleasure to present a Laurel and Hardy handshake to our new—n*gg*r.” – Howard Johnson

Did You Learn Something About Horses, Cowboys, and Politics Through These Quotes?

Blazing Saddles follows the story of a Black Sheriff in Rock Ridge who teams up with a deputy to reveal a scheme. The film also received positive reviews from critics and audiences.

The entire cast pulled off a steady stream of gags throughout the film, with juvenile and crude humor at its best. It’s no surprise that everyone who saw the movie fell in love with its humorous scenes.

More than this, the film taught us the importance of second chances, appreciation, and decision-making. There are many more things this film has to offer aside from its humor, so be sure you watch the movie after reading this list.

What do you think about this movie? Do you have any more quotes you’d like to add? Share it with your friends, and let us know your thoughts in the comment below!