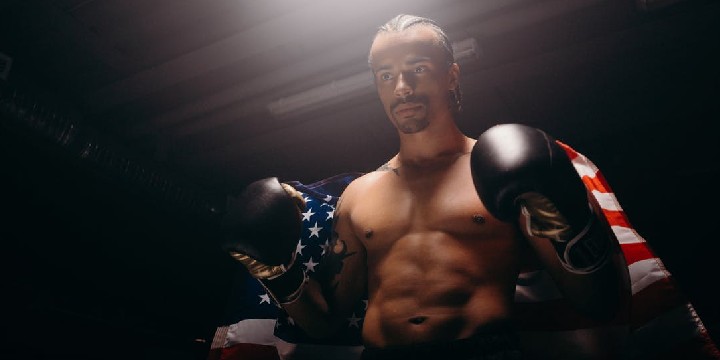 Reading this list of champion quotes will fire up your spirit to do better whenever you face defeats.

When you think of a champion, you might picture someone strong and unbeatable.

You also might think that it’s someone who has no limits when it comes to their abilities. But, that’s not the case; anyone could be a champion.

The true definition of a champion is someone who constantly strives for greatness.

Champions can be athletes seeking their next world record or even scientists searching for a cure to cancer.

Whatever your field is, if you wish to be a champion, the only thing that matters is the amount of time and effort you put into it!

It will not be easy. However, this list of quotes might be what you need to shape you into someone who will never be beaten down.

Learn about the hearts and minds of champions through this list!

And don’t forget to check out these winning quotes and success quotes.

1. “A champion is someone who gets up when he can’t.” – Jack Dempsey

2. “Everyone has the fire, but the champions know when to ignite the spark.” – Amit Ray

3. “As a champion, you have the opportunity to see what God sees, and your view of this race will become clearer to you!” – Dr. Beverly Crockett

4. “To be a champion, you have to learn to handle stress and pressure. But if you’ve prepared mentally and physically, you don’t have to worry.” – Harvey Mackay

5. “Champions aren’t made in the gyms. Champions are made from something they have deep inside them—a desire, a dream, a vision.” – Muhammad Ali

6. “A champion isn’t made of muscle; a champion is made of heart.” – Liang Chow

7. “Champions realize that defeat and learning from it even more than from winning is part of the path to mastery.” – Rasheed Ogunlaru

10. “To be a champion, you have to see the big picture. It’s not about winning and losing; it’s about everyday hard work and about thriving on a challenge. It’s about embracing the pain that you’ll experience at the end of a race and not being afraid.” – Summer Sanders

11. “Every champion was once a contender that refused to give up.” – Rocky Balboa

12. “Amateurs quit when they are tired. Champions quit only when they have won.” – Matshona Dhliwayo

13. “The average is only consumed with today, but the champion is obsessed with tomorrow before it arrives; therefore, he or she plans for it.” – Alex Karev

14. “As we have seen, the importance of winning and losing can not be overstated because a champion does not become a champion without experiencing both.” – Kirk Mango

15. “Everyone falls; the only difference is champions get up.” – Matshona Dhliwayo

16. “Champions do not become champions when they win the event, but in the hours, weeks, months, and years they spend preparing for it. The victorious performance itself is merely the demonstration of their championship character.” – Alun Armstrong

17. “A true champion is not judged by how much he or she is admired, but by how well they can stand in the face of adversity.” – John Cena

18. “Misfortune happens to everyone. Champions just refuse to let it push them into doubtful, fearful thinking.” – Bob Rotella

19. “Hard days are the best because that’s when champions are made.” – Gabby Douglas

23. “To be a champion, you have to believe in yourself when no one else will.” – Sugar Ray Robinson

25. “You learn to always reach for the best in life and not settle for less; to stand out from the crowd and not accept mediocrity. You will become a champion.” – Mike Murdock

26. “A champion is defined not by their wins but by how they can recover when they fall.” – Anonymous

28. “You don’t have to be beautiful or handsome. Whoever you are, whatever you do, you can be a champion.” – Pat Williams

Champion Quotes That Zoom in on Their Characteristics

31. “What does it take to be a champion? Desire, dedication, determination, concentration and the will to win.” – Patty Berg

32. “Champions have to have the skill and the will, and the will must be stronger than the skill.” – Muhammad Ali

34. “True champions are not arrogant, but exhibit a quiet confidence that demonstrates the belief they have in themselves.” – Canaan Mash

35. “Champions are made by their passion and persistence.” – Agunloye Oyerinde

36. “The real champions in life are so humble and gracious. They just continue doing what they do without all the posturing.” – Denis Waitley

Deep Champion Quotes That’ll Leave a Mark on Your Mind

37. “Champions have the courage to keep turning the pages because they know a better chapter lies ahead.” – Paula White

38. “Champions, like seeds, only gain strength when you bury them.” – Matshona Dhliwayo

39. “Champions are made in the dark before they are revealed in the light.” – Matshona Dhliwayo

40. “The heart of a champion is not a light switch that goes on and off when someone’s watching. It’s like a sun that always burns.” – Sai Manoj

41. “Like ants, when champions have enough, they store the excess for future needs.” – Alpha Timbo

Champion Quotes to Enhance Your Strengths and Capabilities

43. “It is not over. Champions extend their limits and make things happen.” – Amit Ray

44. “Champions keep playing until they get it right.” – Billie Jean King

45. “A true champion can adapt to anything.” – Floyd Mayweather Jr.

46. “Champions rarely talk. They just perform, and the world around them talks.” – Anonymous

47. “The champion uses the power of his pride to great advantage.” – Donte DiVincenzo

48. “The heart of a champion beats within you, ready to begin setting a new pace.” – Kenneth Ulmer

Wise Champion Quotes for Those Who Seek a Good Mindset

50. “Champions have a different mentality; they have a stronger self-belief.” – Sandeep Kakkar

51. “The vision of a champion is bent over, drenched in sweat, at the point of exhaustion when nobody else is looking.” – Mia Hamm

52. “If you think about it, there is absolutely no way possible to become a champion without having to gain victory through trial.” – Patricia Alcivar

53. “It’s very easy to come up with an excuse for why things won’t happen in life, but champions accept that there are many things they can’t control, and instead, they master what they can.” – David M. Becker

54. “Champions know that success is inevitable; that there is no such thing as failure, only feedback. They know that the best way to forecast the future is to create it.” – Michael J. Gelb

56. “A champion thinks with the end in mind.” – Pernell Stoney

57. “True champions aren’t always the ones that win, but those with the most guts.” – Mia Hamm

More Champion Quotes That’ll Teach You About Their Resolve

59. “The heart of a champion beats to a different drum.” – John Di Lemme

60. “In the world, there are believers, and then there are non-believers. For all of you non-believers out there, I have something to say to you, never underestimate the heart of a champion.” – Rudy Tom Johnavich

Did This Collection Help You Have the Heart of a Champion?

Champions are not born; they are made. You may have the raw talent, but you need to nurture it for that talent to grow. Therefore, if you don’t work hard enough at it, you’ll never amount to anything.

To become a champion, you must set goals for yourself. Then, you have to take action toward those goals to achieve them. Your journey will not be easy because of numerous defeats and failures ahead, but it will all be worth it in the end.

So, remember to be brave, confident, and persevering in everything you do. Doing so will make you much more equipped to face your challenges head-on. You’ll slowly build up your abilities and, in turn, become a champion in your own life!

With that, we hope this list of champion quotes was able to help you learn about the tips and strategies you can use to have a winner’s mindset. Don’t forget to keep learning and practice your abilities to unlock your full potential!