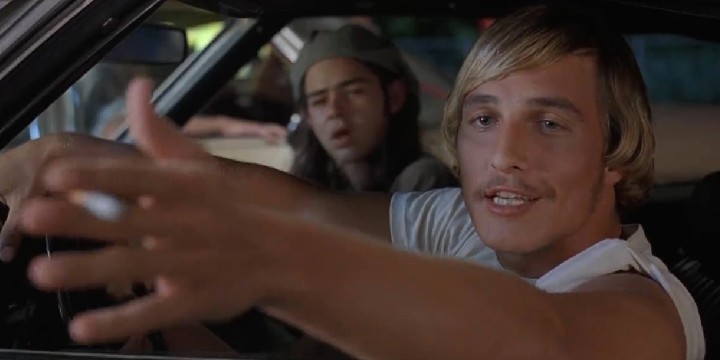 If you’re a fan of coming-of-age comedy movies, you’ll love these Dazed and Confused quotes that’ll make you laugh out loud!

Many people say that our high school years will be the best years of our lives. It’s because these are the years we experience love, heartbreak, pain, excitement, and a taste of our independence.

That’s why everyone can relate to the movie Dazed and Confused. Through its many characters, we get transported back to our experiences in high school, too!

It zooms in on a group of teenagers in the late 1970s who drink, smoke, and party on the last day of school before the summer break. While they’re in the middle of having fun, their conversation leads to the topic of their plans, dreams, and what life will be like after graduation.

Like most high schoolers, we are all curious about how our lives will turn out in the future. So, if you’re interested to find out more about their story, read this collection from beginning to end. You will surely laugh and learn a lot from these Dazed and Confused quotes!

And don’t forget to check out these Pretty in Pink quotes and Empire Records quotes.

1. Cynthia Dunn: “God, don’t you ever feel like everything we do and everything we’ve been taught is just to service the future?”

Tony Olson: “Yeah, I know, like it’s all preparation.”

Cynthia Dunn: “Right. But what are we preparing ourselves for?”

Tony Olson: “Life of the party.”

Cynthia Dunn: You know, but that’s valid because if we are all gonna die anyway, shouldn’t we be enjoying ourselves now? You know, I’d like to quit thinking of the present, like right now, as some minor insignificant preamble to something else.”

2. “Man, it’s the same bullshit they tried to pull in my day. If it ain’t that piece of paper, there’s some other choice they’re gonna try and make for you. You gotta do what Randall ‘Pink’ Floyd wants to do, man. Let me tell you this, the older you do get, the more rules they’re gonna try to get you to follow. You just gotta keep livin’ man, L-I-V-I-N.” – David Wooderson

David Wooderson: “It’d be a lot cooler if you did.”

4. “All I’m saying is that if I ever start referring to these as the best years of my life, remind me to kill myself.” – Randall Floyd

5. “Okay, guys, one more thing. This summer, when you’re being inundated with all this American bicentennial Fourth of July brouhaha, don’t forget what you’re celebrating, and that’s the fact that a bunch of slave-owning, aristocratic, white males didn’t want to pay their taxes.” – Ms. Ginny Stroud

6. “I only came here to do two things, kick some *ss, and drink some beer. Looks like we’re almost outta beer.” – Clint Bruno

8. David Wooderson: “I’ve been thinkin’ about gettin’ back in school, though, man.”

David Wooderson: “Yeah, man, that’s where all the girls are, right? But I’d just as soon keep workin’, though, keep a little change in my pocket. Better than listenin’ to some dipshit, doesn’t know what the hell he’s talkin’ about, anyway!”

Don Dawson: “I know what you’re talkin’ about, man!”

David Wooderson: “So, you’re a freshman, right? Tell me, man, how’s this year’s crop of freshman chicks lookin’ this year?”

David Wooderson: “Naw, man. That’s what I like about these high school girls; I get older, and they stay the same age.”

10. Randall Floyd: “Wait a minute. Who put the keg all the way out here in the woods?”

Jodi Kramer: “I dunno. This is where they said it would be.”

13. “After a couple of years, no one will even remember.” – Cynthia Dunn

14. “George Washington was in a cult, and the cult was into aliens, man.” – Ron Slater

17. “I guess I’ll have to get used to seeing you at the same social functions as me. And hanging out with people I know.” – Jodi Kramer

18. “We’re not in junior high anymore. We’re freshmen. We’re in a big-time now, where the girls will be puttin’ out all the time.” – Carl Burnett

Dazed and Confused Quotes That Are Packed With Wisdom

19. Mitch Kramer: “Er, Mr. Payne. Sir. You know every second that you could let us out early would really increase our chances of survival.”

Mr. Payne: “It’s like our sergeant told us before one trip into the jungle. Men! Fifty of you are leaving on a mission. Twenty-five of you ain’t coming back.”

20. “Don’t let the fact that you won’t be able to sit down all summer affect your game.” – Carl Burnett

21. Randall Floyd: “Have you seen Jodi around?”

David Wooderson: “No, she left your *ss.”

Randall Floyd: “Well, you win some, you lose some.”

22. “Behind every good man there is a woman, and that woman was Martha Washington, man, and everyday George would come home, she would have a big fat bowl waiting for him, man, when he came in the door, man, she was a hip, hip, hip lady, man.” – Ron Slater

23. “I guess, at first, I was relieved to get out of the situation, but now there’s this level of humiliation setting in that’s gonna be with me for f*cking ever! And I’m just not gonna just let this be another situation that contributes to me being a little ineffectual nothing the rest of my life, you know?” – Mike Newhouse

Savage Dazed and Confused Quotes That All Fans Should Read

Clint Bruno: “Just now, man. When you walked past, what’d you say?”

Mike Newhouse: “About what?”

Mike Newhouse: “No, I meant somewhere I smell some pot, you know? It was just an observation.”

Clint Bruno: “Oh, an observation, huh? Well, who the hell are you, man? Isaac f*cking Newton?”

26. “You thought he was cute? Do you realize when he graduated, we were like three years old?” – Mike Newhouse

27. Don Dawson: “Not bad for a little freshman, but you gotta watch out for older girls.”

Mitch Kramer: “How do you know I haven’t already.”

Melvin Spivey: “Go along, man. I think it’s past your bedtime!”

28. Tony Olson: “We were just discussing the utter stupidity of these initiation rituals, and we were wondering how someone such as you would subject themselves to the losing end of it all.”

Jodi Kramer: “What are we, having a social hour over here? You’re supposed to be being a b*tch.”

Mike Newhouse: “Am I mistaken, or was there some unspoken thing between you and that young vixen—you stud.”

Darla Marks: “You said you wouldn’t get mad.”

Jodi Kramer: “Ya, Mitch Kramer. Well, take it easy on him this summer, will ya?”

Jodi Kramer: “Well, just don’t get him worse than the other guys. He’s kinda little.”

Don Dawson: “There was just a little bit of bullshit in all that, right?”

Dazed and Confused Quotes for People Who Love Comedy Movies

Freshman Girl: “Anything you want?”

Don Dawson: “Go like this. Do you spit or swallow?”

Dawson: “Whatever I like? I would definitely marry you.”

32. John Hirschfelder: “I was getting there! I had my hand under her shirt!”

Tommy Houston: “Hear that, he was getting there. Son, you wouldn’t even know what to do if you got there.”

Ron Slater: “Go get some from your mother, man.”

Sabrina Davis: “Will you marry me?”

Tony Olson: “Oh god, what am I supposed to say?”

Relatable Dazed and Confused Quotes to Keep In Mind

35. “Before next fall, you’re in need of a serious attitude adjustment, young man. You’d better get your priorities straight. And watch out with that other crowd you’re runnin’ with. Don’t think I haven’t noticed.” – Coach Conrad

36. “Just remember, those guys don’t care if you win or lose.” – Benny O’Donnell

37. “That’s the kind of people I was tellin’ you about. Trouble like this means nothing to those clowns. You’re the one with something to lose.” – Coach Conrad

38. “You know that Julie chick? Loves you. You want her? Gotta play it cool, you know. You can’t let her know how much you like her, ‘cause if she knows, she’ll dump you like that. Believe me. Like, if she asks you if you want a ride, you say, ‘No, I’ve got my own ride, but maybe I’ll see you later.’ Sounds stupid, doesn’t it? It works.” – Don Dawson

39. “I think they’re just worried that some of us are having too good a time.” – Randall Floyd

40. “You are an embarrassment to the game of pool and should be glad I even let you play at my table.” – Fred O’Bannion

Did These Dazed and Confused Quotes Awaken You to Life’s Reality?

Dazed and Confused is a movie filled with laughs, humor, and memorable characters. But, if you dig deeper into its moral lessons, it’s not just about having fun. It’s also about preparation and being ready for the future.

Like David Wooderson, Randall Floyd, and the other characters in the movie, we all want to be prepared to achieve our dreams in the future. But, there will be times when we’re unsure about our goals or desires in life. So, watching this movie makes us realize how important it is to have a sense of direction and to set goals and dreams.

If you want to pursue something, whether you are a high schooler or not, go for it! We should all learn from the characters who make brave choices to achieve happiness and fulfillment in the future.

Hopefully, this list of Dazed and Confused quotes was able to bring you back to your high school days. Always remember that every moment of our lives is precious. So, enjoy the little things and live your life to the fullest!