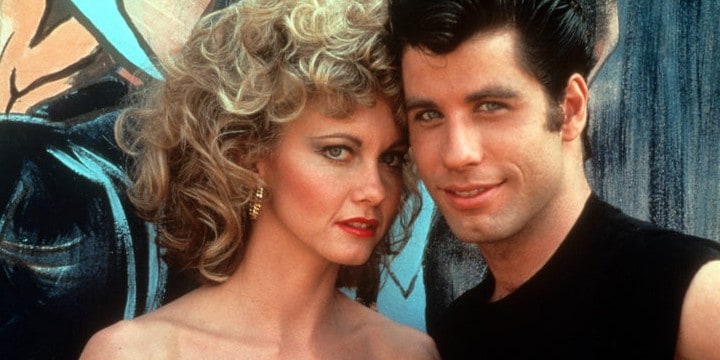 Want some quotes from a blockbuster musical comedy film that hit the 70s?

Well, we’ve got the best Grease quotes for you in our collection.

Grease is a musical romantic comedy film that depicts the lives of greaser Danny Zuko and Australian transfer student Sandy Olsson who develop an attraction for each other.

It was successful both critically and commercially, becoming the highest-grossing musical film ever in the year 1978.

Bring a friend with you, let’s read some lines that will make you laugh.

Read the the full collection below.

And don’t forget to check out these Back to the Future quotes and Hocus Pocus quotes too.

5. “Much better than hanging around here with you dorks.” – Danny

13. “Do you think these glasses make me look smarter?”- Marty

17. “It doesn’t matter if you win or lose, it’s what you do with your dancin’ shoes.” – Vince Fontaine

20. “Men are rats, listen to me, they’re fleas on rats, worse than that, they’re amoebas on fleas on rats. I mean, they’re too low for even the dogs to bite. The only man a girl can depend on is her daddy.” – Frenchy

21. “When a guy picks a chick over his buddies, something’s gotta be wrong. Come on, guys let’s go for some pizza.”- Danny

23. “Well, they couldn’t teach you anything. You think you’re such a looker. But no customer would go to you. Unless she was a hooker.” – Teen Angel

27. “A hickie from Kenickie is like a Hallmark card when you only care enough to send the very best!”- Kenickie

37. “You goody-goodies are too much for me, I’m gonna get my kicks while I’m still young enough to get em.” – Rizzo

39. “Anyone doing tasteless or vulgar movements will be immediately disqualified.” – Principal McGee

42. “Haul your cookies all the way to the beach for some guy?” – Rizzo

43. “Why don’t you just let the cold water run, and stick her ear under the fawcett?” – Marty Maraschino

48. “I wish I had a guardian angel to tell me what to do. You know like Debbie Reynolds had in ‘TAmmie’.” – Frenchy

51. “I think we all owe a round of applause for Patty Symcox and Eugene Felsnick and the committee for their beautiful decorations.” – Principal McGee

52. “Well, you know, there are a lot of other sports that don’t require any physical contact.” – Coach Calhoun

54. “Attention seniors. Before the merriment of commencement commences, I hope that your years with us here at Rydell have prepared you for the challenges you face. Who knows. Among you there may be a future Eleanor Roosevelt or a Rosemary Clooney, and among you young men, there may be a Joe DiMaggio, a President Eisenhower, or a Vice-President Nixon. But you will always the glorious memories of Rydell High. Rydell forever. Bon voyage.” – Principal McGee

55. “Perhaps a session of banging erasers after school would put you on the right track?” – Principal McGee

56. “In just a few moments the entire nation will be watching Rydell High God help us, and I want you to all be on your best behavior.” – Principal McGee

58. “Geez! Every teacher I got flunked me at least once! Well, I ain’t taking no crap off her this year! If she crosses me, she’s gonna find out who’s boss” – Sonny

59. “We have pictures of you so-called mooners. And just because the pictures aren’t of your faces doesn’t mean we can’t identify you. At this very moment, those pictures are on their way to Washington where the FBI has experts in this type of identification. If you turn yourselves in now, you may escape a federal charge.” – Principal McGee

Did You Laugh and Find the Quotes From Grease Interesting?

Grease is a pleasing, energetic musical with infectiously catchy songs and an ode to young love that never gets old. Love and breakdown are issues of life and death for teenagers, and a crisis of self-esteem can be an overwhelming burden, but the movie shows the importance of love and friendship that whatever happens, you can always count on them to cheer you up.

Which of Grease quotes is your favorite and why? Let us know in the comment section below.