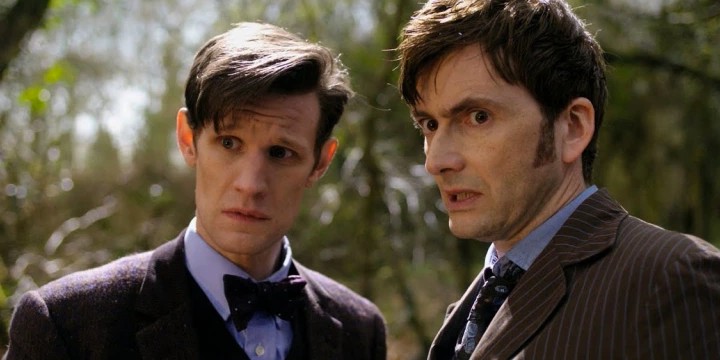 It can be challenging to live a life of righteousness, integrity, and morality, so check out this list of the best Doctor Who quotes for some advice!

As a show that’s been streaming for many years, Doctor Who has its way of keeping you hooked and ready to binge-watch episodes from the very beginning.

We get a glimpse into time travel, sci-fi, and more. But, more than that, the series gives some life lessons that significantly impact all ages.

Doctor Who keeps us on our toes and leads us to the right path as we move from one episode to the next.

It also gives insight into how we should respond when caught between doing what we want and what is right.

We’re indeed left with good moral values and nuggets of wisdom to think about whenever we watch episodes from the show.

It can get quite challenging, but thankfully, we have a collection of Doctor Who’s best quotes to help you out.

Let’s travel back to the show’s most insightful lines through the list below!

And don’t forget to check out these Money Heist quotes and Schitt’s Creek quotes.

2. “Lives change worlds. People can save planets or wreck them. That’s the choice. Be the best of humanity.” – The Thirteenth Doctor

3. “You want weapons? We’re in a library! The best weapons in the world!” – The Tenth Doctor

4. “All the elements in your body were forged many, many millions of years ago in the heart of a faraway star that exploded and died. You are unique in the universe.” – The Eleventh Doctor

5. “I don’t believe that man was made to be controlled by machines. Machines can make laws, but they cannot preserve justice. Only human beings can do that.” – The First Doctor

6. “Mankind doesn’t need warfare and bloodshed to prove itself. Everyday life can provide honor and valor.” – The Tenth Doctor

8. “What is the one thing evil cannot face—not ever? Itself.” – The Fifth Doctor

9. “Logic, my dear Zoe, merely enables one to be wrong with authority.” – The Second Doctor

10. “You don’t just give up. You don’t just let things happen. You make a stand! You say no! You have the guts to do what’s right, even when everyone else just runs away.” – Rose Tyler

12. “The least important things, sometimes, my dear boy, lead to the greatest discoveries.” – The First Doctor

13. “Great men are forged in fire. It is the privilege of lesser men to light the flame.” – The War Doctor

14. “You wanted advice, you said. I never give it, never. But I might just say this to you. Always search for truth. My truth is in the stars and yours is here.” – The First Doctor

15. “People like us, we go on too long. We forget what matters. The last thing we need is each other. We need the mayflies. You see the mayflies, they know more than we do. They know how beautiful and precious life is because it’s fleeting.” – The Twelfth Doctor

16. “A straight line may be the shortest distance between two points, but it is by no means the most interesting.” – The Third Doctor

17. “I am and always will be the optimist. The hoper of far-flung hopes, and the dreamer of improbable dreams.” – The Eleventh Doctor

18. “When did you last have the pleasure of smelling a flower, watching a sunset, eating a well-prepared meal?” – The Fifth Doctor

23. “There’s always something to look at if you open your eyes!” – The Fifth Doctor

24. “He’s like fire and ice and rage. He’s like the night and the storm in the heart of the sun. He’s ancient and forever. He burns at the center of time and he can see the turn of the universe. And—he’s wonderful.” – Tim Latimer

Doctor Who Quotes About Love

25. “Love, in all its forms, is the most powerful weapon we have. Because love is a form of hope. And like hope, love abides. In the face of everything.” – The Thirteenth Doctor

26. “There’s a lot of things you need to get across this universe. Warp drive—wormhole refractors—you know the thing you need most of all? You need a hand to hold.” – The Tenth Doctor

27. “Love has never been noted for its rationality.” – The Seventh Doctor

28. “What’s the point in two hearts if you can’t be a bit forgiving now and then?” – The Eleventh Doctor

29. “Remember, hate is always foolish and love is always wise. Always try to be nice, but never fail to be kind.” – The Twelfth Doctor

30. “You know when sometimes you meet someone so beautiful, and then you actually talk to them, and five minutes later they’re dull as a brick. But then there are other people, and you meet them and you think ‘not bad, they’re okay,’ and then you get to know them, and their face sort of becomes them, like their personality’s written all over it, and they just they turn into something so beautiful.” – Amy Pond

31. “Because she deserved more than me. She deserved someone who could give her the whole universe.” – Jacqueline Rayner

Doctor Who Quotes About Life

33. “Letting it get to you. You know what that’s called? Being alive. Best thing there is. Being alive right now is all that counts.” – The Eleventh Doctor

34. “The universe is big. It’s vast and complicated and ridiculous and sometimes, very rarely, impossible things just happen and we call them miracles.” – The Eleventh Doctor

35. “When you’re a kid, they tell you it’s all—grow up, get a job, get married, get a house, have a kid, and that’s it. But the truth is, the world is so much stranger than that. It’s so much darker. And so much madder. And so much better.” – Elton Pope

37. “I’m not running away from things. I’m running to them before they flare and fade forever. That’s all right. Our lives would never remain the same. They can’t. One day, soon, maybe, you’ll stop. I’ve known you for a while.” – The Eleventh Doctor

38. “Life depends on change and renewal.” – The Second Doctor

39. “The universe has to move forward. Pain and loss, they define us as much as happiness or love.” – Sarah Jane Smith

41. “For some people, small, beautiful events are what life is all about.” – Cavan Scott

42. “Everything’s got to end sometime. Otherwise, nothing would ever get started.” – The Eleventh Doctor

43. “There’s no point in being grown-up if you can’t act childish sometimes.” – The Fourth Doctor

44. “It’s a funny thing about stories. It doesn’t feel like you make them up, more like you find them. You type and type and you know you haven’t got it yet, because somewhere out there, there’s that perfect thing—the unexpected ending that was always going to happen. That place you’ve always been heading for, but never expected to go.” – Steven Moffat

45. “Nothing’s sad until it’s over, and then everything is.” – The Twelfth Doctor

46. “However hard you try, you can’t run forever. Everybody knows that everybody dies and nobody knows it like the Doctor.” – River Song

47. “Happiness is nothing unless it exists side by side with sadness.” – The Seventh Doctor

49. “Sometimes, the only choices you have are bad ones, but you still have to choose.” – The Twelfth Doctor

50. “If you live long enough, the only certainty left is that you’ll end up alone.” – The Tenth Doctor

51. “You know how it is; you put things off for a day and next thing you know, it’s a hundred years later.” – The Fifth Doctor

52. “Every great decision creates ripples, like a huge boulder dropped in a lake. The ripples merge and rebound off the banks in unforeseeable ways. The heavier the decision, the larger the waves, the more uncertain the consequences.” – The Seventh Doctor

53. “This is my life, Jackie. It’s not fun, it’s not smart, it’s just standing up and making a decision because nobody else will.” – The Ninth Doctor

Wise Doctor Who Quotes to Live By

56. “We’re capable of the most incredible change. We can evolve while still staying true to who we are. We can honor who we’ve been and choose who we want to be next. Now’s your chance.” – The Thirteenth Doctor

57. “Never be cruel, and never be cowardly. And if you ever are, always make amends.” – The Twelfth Doctor

58. “We all change, when you think about it, we’re all different people; all through our lives, and that’s okay, that’s good, you’ve gotta keep moving, so long as you remember all the people that you used to be.” – The Eleventh Doctor

59. “There are some corners of the universe which have bred the most terrible things. They must be fought.” – The Second Doctor

61. “Never be certain of anything. It’s a sign of weakness.” – The Fourth Doctor

Doctor Who Quotes to Help You Face Your Fears

63. “Courage isn’t just a matter of not being frightened, you know. It’s being afraid and doing what you have to do anyway.” – The Third Doctor

64. “I could show you everything if you stop being afraid of what you don’t understand.” – The Thirteenth Doctor

66. “It doesn’t matter if there’s nothing under the bed or in the dark, so long as you know it’s okay to be afraid of it.” – Clara Oswald

67. “I had to face my fear. That was more important than just going on living.” – The Third Doctor

70. “Time travel is like visiting Paris. You can’t just read the guidebook, you’ve got to throw yourself in. Eat the food, use the wrong verbs, get charged double and end up kissing complete strangers.” – The Ninth Doctor

Short Doctor Who Quotes That’ll Remain in Our Minds Forever

71. “I’d forgotten not all victories are about saving the universe.” – Steven Moffat

73. “History is a burden. Stories can make us fly.” – Professor Lazarus

75. “To the rational mind, nothing is inexplicable; only unexplained.” – The Fourth Doctor

77. “Answers are easy. It’s asking the right questions which is hard.” – The Fourth Doctor

78. “People who talk about infallibility are usually on very shaky ground.” – The Third Doctor

81. “You can always judge a man by the quality of his enemies.” – The Seventh Doctor

Idris: “So much bigger on the inside.”

Doctor Who Quotes That Highlight the Power of the Human Mind

85. “Small though it is, the human brain can be quite effective when working at full efficiency.” – The Sixth Doctor

86. “I love humans. Always seeing patterns in things that aren’t there.” – The Eighth Doctor

87. “Do you know what thinking is? It’s just a fancy word for changing your mind.” – The Twelfth Doctor

88. “Whole worlds pivot on acts of imagination.” – The Thirteenth Doctor

89. “Anybody remotely interesting is mad in some way or another.” – The Seventh Doctor

90. “Magic is just a term people use for things they’re too primitive to understand properly.” – Justin Richards

Do You Choose to Do Good Even When It’s Hard?

The world we live in today is filled with so much negativity that it’s rare to come across people with straight and firm moral values. We have seen so much cruelty that it has become acceptable for many; worse, for some, it is becoming who they are. But, finding goodness in others is never impossible.

This is something we can take away from Doctor Who. Despite the destructiveness and ugliness of the world, it teaches us to remain kind, morally sound, and compassionate to others. It helps us acknowledge that humans are not perfect; we all have some room for improvement.

Let’s all acknowledge our flaws and do our best to improve ourselves. There will always be something that will test our principles. But, if we lean on what is right, we will realize it is not that hard to live a guilt-free life.

Have you watched Doctor Who before? Is there a quote that sparked your interest? Please, share your thoughts below!