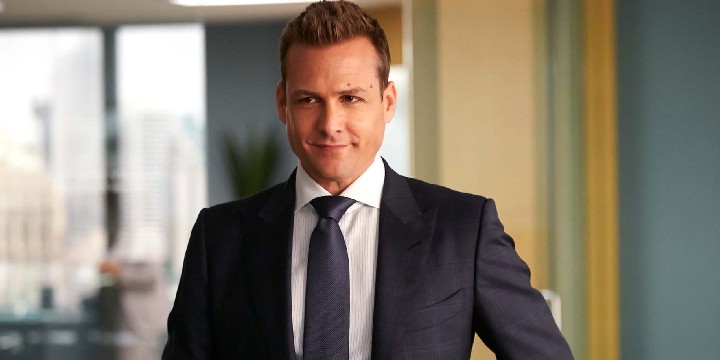 Motivating ourselves is hard when our efforts don’t seem to work, so here are some of our favorite Harvey Specter quotes that will help you level up your game.

We all want to be successful in whatever we do. But sometimes, we question our chance of making it and reaching the top even with just one misstep. We have the talent, we work our asses off 24/7, and it just isn’t enough at times.

Thankfully, Harvey Specter has some incredibly insightful words on talent, attitude, values, and how to make full use of them to succeed. He is a character in Aaron Korsh’s hit series, Suits. Here, we get to see how he used those values together with his perseverance, wit, and competency to win lawsuits and become an excellent mentor to his colleagues.

Everything about him may be fictional, but Harvey Specter’s character held a lot of essential truths in life. We don’t have to be exactly like him, but we can take valuable lessons from his awe-inspiring lines that you will love.

Check out the complete list of his best lines here!

And make sure to read these Suits quotes and Mad Men quotes.

1. “When I got here, I dominated. They thought I worked 100 hours a day. Now, no matter what time I get in, nobody questions my ability to get the job done. Get it through your head. First impressions last. You start behind the eight ball, you’ll never get in front.”

3. “The only time success comes before work is in the dictionary.”

4. “It’s easy to pretend that you’re a good person in a crowd. What you do when you are alone is who you really are.”

5. “You don’t have to have it all figured out before you move forward. Just take the first step.”

6. “Don’t base your decisions on the advice of those who don’t have to bear the consequences.”

9. “Keep your mouth shut and work in silence. They’ll all know about it soon.”

10. “You’re never going to win big if you’re only going to minimize your losses.”

11. “That’s the difference between you and me. You wanna lose small, I wanna win big.”

12. “Win a no-win situation by rewriting the rules.”

13. “Work until you no longer have to introduce yourself.”

15. “When you are backed against the wall, break the goddamn thing down.”

16. “Never destroy anyone in public when you can accomplish the same result in private.”

19. “You can’t get much done in life if you only work on the days when you feel good.”

22. “When achieving your goal is more important than partying, welcome to the one percent.”

24. “Success is like being pregnant, everyone says congratulations but nobody knows how many times you were fucked.”

Powerful Harvey Specter Quotes to Help You Deal With Haters

28. “Let them hate. Just make sure they spell your name right.”

29. “People talk about you because if they spoke of themselves no one would listen.”

30. “How others see you is not important. How you see yourself is everything.”

31. “When people you don’t even know hate you, that’s when you know you’re the best.”

32. “Whoever is trying to bring you down is already below you.”

33. “If you can’t handle people talking shit about you, you are not ready for success.”

34. “Don’t waste your time on explanations. People only hear what they want to hear.”

Harvey Specter Quotes for Those Who Need Some Uplifting

35. “Ever loved someone so much, you would do anything for them? Yeah, well make that someone yourself and do whatever the hell you want.”

36. “Focus on making yourself better. Not on thinking that you are better.”

More Harvey Specter Quotes That Zoom in on Loyalty

38. “There’s something wrong with your character if opportunity controls your loyalty.”

39. “You’d be surprised what people you trust would do when someone puts them in a position where they think they don’t have a choice.”

40. “Loyalty is a two-way street. If I’m asking for it from you, then you’re getting it from me.”

Which Harvey Specter Quotes Mirrored Your Definition of Success?

Harvey Specter is loved worldwide because of so many reasons. He is confident, determined, and won’t let anyone talk him out of his win-it-all attitude. Harvey is definitely someone who knows exactly what to say, how to react, and what he’s capable of doing.

But, aside from the air of confidence about him, he also has a very caring side and is willing to go to extreme lengths to protect his people. What could be the best way to show how you stick to your values but through actions, right?

Through him, we also learn that success doesn’t come with just a snap of a finger. It takes backbreaking work, but Harvey Specter believed it is always possible if you don’t give up.

With that, we hope Harvey Specter was able to enlighten you on the things you need to win in life. Feel free to reread this list whenever you need another push toward the right direction!

What’s your favorite Harvey Specter scene in Suits? Which quote struck you the most? Comment below!