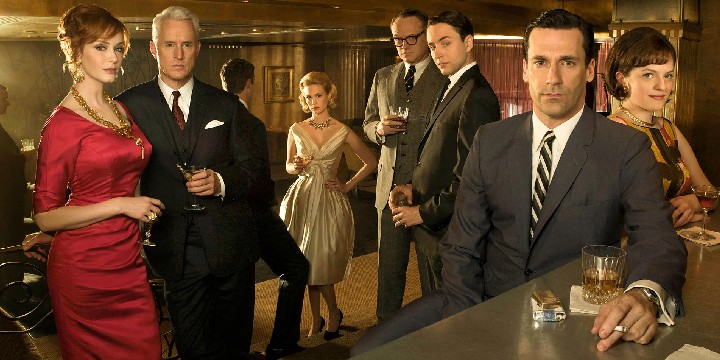 If you enjoy sharing your innovative ideas or simply want to deal with work-related problems, then these Mad Men quotes are for you.

Mad Men depicts the struggles of advertisers at the Sterling Cooper ad agency in Manhattan, New York. While dealing with personal issues, the employees demonstrate their creativity and compete to be the best in the advertising industry. Everyone is driven to achieve their goals and is willing to make sacrifices to the point where their personal lives are compromised.

We all want to be successful and excel at our jobs. However, our abilities and personal troubles often hinder us from doing so. If you want to learn how to be at your best at work, these Mad Men quotes should be on your must-read list.

And don’t miss out these Don Draper quotes and Grey’s Anatomy quotes.

1. “Success comes from standing out, not fitting in.” – Don Draper

3. “If you don’t like what is being said, then change the conversation.” – Don Draper

4. “Sometimes when people get what they want, they realize how limited their goals were.” – Joan Harris

6. “You want respect? Go out and get it for yourself.” – Don Draper

7. “You think you’re going to begin your life over and do it right, but what if you never get past the beginning again?” – Pete Campbell

9. “People want to be told what to do so badly that they’ll listen to anyone.” – Don Draper

10. “Dissatisfaction is a symptom of ambition. It’s the coal that fuels the fire.” – Peggy Campbell

14. “I’d never recommend imitation as a strategy. You’ll be second, which is very far from first.” – Peggy Olson

15. “It’s useless to be creative unless you can sell what you create.” – Don Draper

16. “You’re painting a masterpiece, make sure to hide the brushstrokes.” – Betty Draper

17. “Just think about it deeply, then forget it, and an idea will jump up in your face.” – Don Draper

18. “I’m just acknowledging that life, unlike this analysis, will eventually end, and somebody else will get the bill.” – Roger Sterling

20. “Who knows why people in history did good things? For all, we know Jesus was trying to get the loaves and fishes account.” – Roger Sterling

21. “One day you’re there and then all of a sudden, there’s less of you and you wonder where that part went; if it’s living somewhere outside of you. And you keep thinking maybe you’ll get it back and then you realize it’s just gone.” – Peggy Olson

Mad Men Quotes That Will Inspire You

23. “You’re good. Get better. Stop asking for something.” – Don Draper

25. “They just want you to be as miserable as they are. I say let them have it.” – Joan Harris

26. “If they’ve tried to make you feel you’re different from them, you are. That’s a good way to be.” – Joan Harris

27. “Those people in Manhattan—they are better than us. Because they want things they haven’t seen.” – Peggy

28. “I’m glad this is an environment where you feel free to fail.” – Don Draper

30. “I keep going to a lot of places and ending up somewhere I’ve already been.” – Don Draper

31. “It wasn’t a lie, it was ineptitude with insufficient cover.” – Don Draper

32. “We’re flawed because we want so much more. We’re ruined because we get these things and wish for what we had.” – Don Draper

33. “I am not a solution to your problems. I am another problem.” – Joan Harris

34. “I’m in charge of thinking of things before people know they need them.” – Joan Harris

35. “I’m glad the army makes you feel like a man. Because I’m sick and tired of trying to do it.” – Joan Harris

36. “Men don’t take time to end things, they ignore you until you insist on a declaration of hate.” – Joan Harris

37. “Go home, take a paper bag, and cut some eye holes out of it. Put it over your head, get undressed and look at yourself in the mirror. Evaluate where your strengths and weaknesses are.” – Joan Harris

38. “Well, you know what they say about Detroit. It’s all fun and games till they shoot you in the face.” – Roger Sterling

39. “Well, I’ve got to go learn a load of people’s names before I fire them.” – Roger Sterling

Did These Mad Men Quotes Push You to Work Even Harder?

Mad Men is an American period drama television series set in the 1960s that has aired for seven seasons. It won 16 Emmy Awards and 5 Golden Globes. Mad Men is also widely regarded as one of the best television shows of all time.

The Mad Men series teaches a lot of interpersonal and work-related concepts. Some of these include presenting yourself professionally and working as part of a team to achieve a common goal. It serves as a reminder to always be at the top of our game, in life and work.

Remember that competition and rivalry exist in the advertising industry, as they do in all other sectors. To thrive in the workplace, you must constantly improve and give your all. With that, allow these quotes from Mad Men to motivate you to be more creative and productive at work!

Which of these Mad Men quotes is your favorite? Please, let us know in the comments.