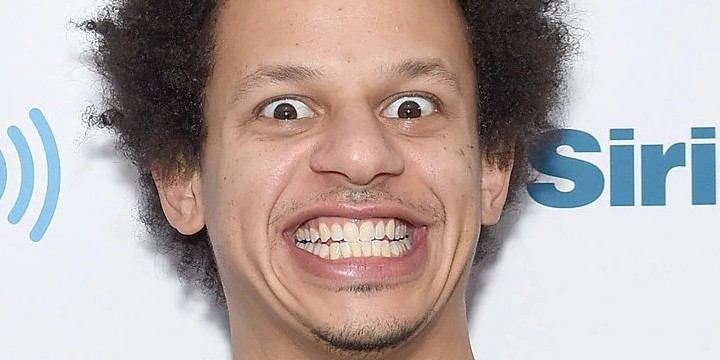 We’ve gathered the best Eric Andre quotes to get you through the week!

By reading these quotes, we hope you will be able to learn more about your desires and wishes in life, as well as how to achieve them.

He acted in comedies and hosted various television programs, and also showcased his talents in other fields.

For him, it is possible to be successful if you have proper confidence and spirit within you, and that’s exactly what we see in his enthusiasm and dedication to work.

And make sure to read these Steven Wright quotes and Dave Chappelle quotes.

3. “You know something is a hit comedically if you can just call up one of your friends and belt out a line from the show and you both start laughing.”

5. “Why are you trying to be all things to all people?”

6. “Patriotism is the conviction that your country is superior to all others ‘cause you were born in it.”

9. “I don’t really know how music and comedy are similar. I try never to dissect it theoretically or academically.”

12. “Once you realize you don’t have to sleep anymore, your mind goes wide open!”

14. “Do you think Margaret Thatcher had girl power? Do you think she effectively utilized girl power by funneling money into illegal paramilitary death squads in Northern Ireland?”

15. “Why would you say something so controversial yet so brave?”

18. “I don’t think comedians take advantage of the fact that television and film are visual mediums.”

19. “I have done some formal acting training because I sucked at acting when I first got to Los Angeles. I’m still one of the worst actors and auditions out there.”

20. “I think part of it is the fact that they were kind of the first of its kind.”

22. “‘The Simpsons’ is like Charlie Parker or Marlon Brando or Richard Pryor. Comedy couldn’t go back to the way it was after ‘The Simpsons’ came out.”

23. “You see a lot of sketch variety shows where each segment is one joke that they repeat over and over and over again, and the sketches are always three or four minutes too long.”

24. “All motivation is defined by intention. If the intention is to hurt, divide, or belittle, it’s wrong; if it’s an attempt to cope with or make sense of tragedy, it’s something different. If it’s commenting on society’s flaws, versus adding to society’s flaws, I think the audience can tell.”

25. “I have a karaoke punk band called ‘The Ungrateful Dead,’ but we don’t exist yet.”

26. “If there’s an intelligence behind the joke, it’s a good joke.”

27. “I want to be remembered for my poop jokes. Those are the most important kinds.”

28. “Is Dennis Rodman committing treason because of his close ties to the despotic leadership of North Korea?”

30. “I can’t tell if the world is worse now or if we just have more cameras. There are cameras everywhere, so now the world knows how bad the world is.”

31. “Let’s hit the joke once and move on to the next joke, and just keep it where we have as many jokes per square inch as possible.”

32. “Do you think we’re going to hit a tipping point and the world’s going to end?”

33. “You can’t really feel the direct change from one president to another versus people closer to you in local elections.”

34. “Wonder Showzen was one of the first shows that realized each sketch, each segment is essentially one joke, and once you know what the joke is, it’s time to move on.”

35. “I just grew up with it. The first season came on when I was 5, 6 years old, and the show evolved as I was growing up and got funnier and funnier, by the time I was in 12th grade, they were at their funniest.”

36. “I never make the same mistake twice. I make it five or six times, just to be sure.”

38. “I think journaling is a key to success. You can set clear goals for yourself. You can start noticing repetitive behavior patterns and see the type of things that keep bothering you, and then you can have a bird’s eye view of it.”

39. “Half the shows on Comedy Central are just multicam blue sets, and they kind of look like game shows from the ’90s. It’s like, ‘Why do such a bland corporate aesthetic when the sky’s the limit with what you can do?’”

44. “You can make fun of your own a lot easier than someone else’s.”

45. “I’m insecure and I need the validation of strangers to feel whole. So, I need every single racist 12-year-old on the Internet to like me, or I don’t feel complete.”

46. “I meant to behave, but there were too many other options.”

48. “I think everyone is bi, right? There’s no such thing as sexual orientation, or race, or gender. Those are all obsolete man-made concepts.”

49. “I will smoke crack before I die. I want to see what all the hubbub is about.”

50. “I used to be a Geico Caveman for live events. I was a corporate mascot. It was the silliest job. It was actually awesome and fun, but it was retarded.”

51. “I’m a lurker and a creep. Women don’t like me because I sleep standing up, like a horse.”

54. “Dan Curry is the funniest guy in the world. I can sit in a room with him for hours, and he’s just cracking me up constantly. And Kitao is the next Terry Gilliam. A lot of comedy directors are just comedic writers, but they don’t have any sense of aesthetic or visual vocabulary.”

55. “Like I said, a sketch is one joke. They shouldn’t really be more than a minute, two minutes. There are some shows where the sketch goes on for five minutes. It’s like, I get it! I’m already bored. I did like the joke, but I don’t anymore because you went on too long.”

56. “The people that worked on ‘The Simpsons’ just had good taste. They knew how to execute absurd jokes.”

58. “I’m not trying to be just so punk rock until I die. Whatever is funny is good.”

59. “When you ask people who their favorite comedian is or favorite African-American comedian, people generally say Chris Rock, Dave Chappelle, Eddie Murphy, or Richard Pryor. Redd Foxx gets left out a lot.”

60. “First paying gig, I got 20 bucks. I played at some really weird venue. I don’t remember the venue. I just remember it was the last stop on the train. It was, like, the Far Rockaways Queens, and it was an audience of, like, three people.”

62. “ABC is owned by Disney, so it’s a little more conservative than Adult Swim. Polar opposites.”

64. “I feel like we put all the weight on the president, rather than distributing the weight to all of the elected officials.”

65. “I think we give human beings too much credit. We’re primates, you know.”

66. “Hannibal Burress is my polar opposite in energy. I can be crazy, and he grounds the Eric Andre Show.”

68. “Before the Simpsons, I was 4 years old, so I don’t know exactly what I was thinking before that.”

69. “I do think homophobia in the ’80s was more rampant and socially acceptable.”

72. “They are just like the Bible to me as far as what the high-water mark of comedy is.”

73. “I’ve always been obsessed with bad, awkward television and bad public access. Before YouTube, it was a treat coming across that stuff. When I moved to New York, I used to love watching public access late at night.”

74. “There are two sides to the coin. I think I’m much happier that Barack Obama won over John McCain or Mitt Romney, because I think Obama did something culturally for the country.”

77. “I like Velvet Underground, but I was never really hardcore into them. I like them, and I like Nico, but I won’t front like I’m super knowledgeable. I just never got around to it.”

78. “When I moved to Los Angeles, I didn’t fit in any way. I had to do comedy, because I was talking so pretentiously.”

79. “The Simpsons was pretty experimental at the time, but it attracted a lot of sitcom writers that felt confined by the limitations of live-action sitcoms in the ’80s.”

80. “Growing up with that show ‘The Simpsons’ shaped my worldview.”

Did These Eric Andre Quotes Inspire You to Be Great?

There are so many things we want to achieve in life. But having the dedication and enthusiasm that Eric Andre has will give us a greater chance to achieve it. It’s not just about working. It’s about working continuously and consistently until you achieve your goals. It’s about not letting obstructions stop you from following your dreams. So, push forward and give it all you’ve got.

Which are your favorite Eric Andre quotes? Be sure to leave a comment below.