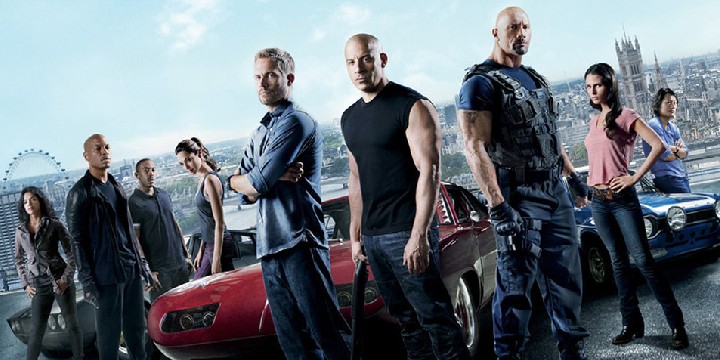 Win at every aspect of your own life with the help of these Fast & Furious quotes!

Fast & Furious is one of the most successful movie franchises of all time. It’s so popular that it already has 10 movies released; another one is also coming in 2023! Fast & Furious all started with the lives of the iconic duo, Dominic Toretto and Brian O’Conner—played by Vin Diesel and Paul Walker.

Many of us idolize them because of their attitude and mindset when it comes to living their lives. They are people with a loving family, a burning passion for driving, and a spirit that’ll never give up until they reach the top!

Fast & Furious is full of speed, action, violence, and swearing. However, aside from the thrill, it’s a franchise that offers many valuable life lessons. Every movie installment instills wisdom that will make us reflect and see life differently.

Read the complete list below to learn more about passion, family, and winning! We’ve gathered our favorite Fast & Furious quotes for you.

And don’t forget to check out these Pirates of the Caribbean quotes and Inglourious Basterds quotes.

1. Han Lue: “Look at all those people down there. They follow the rules for what? They’re letting fear lead them.”

Sean Boswell: “What happens if they don’t?”

Han Lue: “Life’s simple. You make choices, and you don’t look back.”

2. “Money will come and go. We all know that. The most important thing in life will always be the people in this room. Right here, right now. Salute, mi familia.” – Dominic Toretto

Dominic Toretto: “Now, me and the mad scientist got to rip apart the block and replace the piston rings you fried. Ask any racer. Any real racer. It doesn’t matter if you win by an inch or a mile. Winning is winning.”

4. “I live my life a quarter-mile at a time. Nothing else matters. Not the mortgage, not the store, not my team, and all their bullshit. For those 10 seconds or less, I’m free.” – Dominic Toretto

5. “I’m one of those boys who appreciates a fine body regardless of the make.” – Dominic Toretto

7. “I have money; it’s trust and character that I need around me. You know, who you choose to be around you lets you know who you are. One car in exchange for knowing what a man’s made of? That’s a price I can live with.” – Han Lue

9. “You guys really think you’ve won? This code you live by, it’s the very reason why you weren’t even in the game.” – Owen Shaw

10. “You’re loyal to a fault. Your code is about family, and that’s great in the holidays, but it makes you predictable. And in our line of work, predictable means vulnerable. And that means I can reach out and break you whenever I want.” – Deckard Shaw

Dominic Toretto: “I’ve got nothing but time.”

14. “You don’t turn your back on family, even when they do.” – Dominic Toretto

15. “When people believe in you, you can do miraculous things.” – Dominic Toretto

17. “Keep your car. Your respect is good enough for me.” – Dominic Toretto

18. “No matter how fast you are, no one outruns their past.” – Dominic Toretto

Fast & Furious Quotes That You Won’t Get Tired of Reading

20. “I don’t pick a target from a mile away. I stand face to face and look them dead in the eye.” – Dominic Toretto

Fast & Furious Quotes for Those Who Want a Rush of Adrenaline

Brian O’Conner: “I’ll have the tuna.”

27. Luke Hobbs: “Your mistake is thinking you have a goddamn choice, boy.”

Dominic Toretto: “Your mistake? Thinking you’re in America. You’re a long way from home. This is Brazil!”

More Fast & Furious Quotes That Fans Will Never Forget About

28. “They say to live in the hearts of those we leave behind is not to die. But he put you in this grave, so now, I’ll do the same to him.” – Dominic Toretto

29. Mia Toretto: “Letty grew up just down the street. She was into cars since she was like 10 years old. Dom always had her attention. Then she turned 16—.”

Brian O’Conner: “And she had Dom’s attention.”

Mia Toretto: “Yeah, it’s funny how that works out.”

30. “They open at the same time I pull this trigger. Want me to open them?” – Gisele Yashar

Did This Collection Make You Want to Watch Every Movie in the Fast & Furious Franchise?

We all strive to achieve a good outcome in every aspect of our life. However, not everyone is like Brian O’Conner and Dominic Toretto, who have a strong spirit to reach their desired destination. They are willing to endure challenges, value their family, and appreciate small wins.

To win in life, keep your passion burning and be fearless in following your heart’s desires, even if it seems like an endless battle. Change your mindset for the better! Know that the happiness of reaching your goals will be worth all the pain you’re currently facing.

Fast & Furious also teaches us how important our family is. In the franchise, no matter where in the world their family is, they would always unite at the speed of light—in times of celebration or trials. It proves that even if the whole world turns its back on us, our family will always embrace us.

Lastly, we should remember the message imparted by Dominic Toretto: winning is winning. It doesn’t matter how small or big our achievement is; it should always be celebrated. After all, you’re genuinely triumphant when you’re happy and proud of your efforts to make more progress toward your goals.

Let this list of quotes remind you that a weak mind will never help you succeed. Stay strong, remember your purpose, and do all you can to move forward! No matter how uncertain the future is, overcome your fears and turn on your life’s engine!