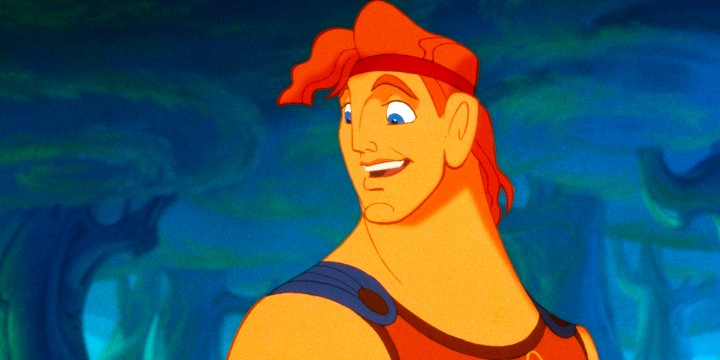 Read these Hercules quotes that’ll surely inspire you to strengthen your resolve to conquer anything in your path!

Hercules is a movie that zooms in on a god who’s turned into a human and his journey to finding his true identity, his place in the world of the gods, and true love. Through his journey, he meets many life-long friends, Phil and Meg, that’ll help him find a place where he belongs.

To be able to enter Mount Olympus, the home of the gods, Hercules needs to be regarded as a hero by the people around him. So, he slayed every monster he encountered in his spot. Perhaps this is because Hercules thinks that physical strength and power are enough to prove himself worthy.

However, that’s not always true. Becoming a real hero entails being able to sacrifice for the ones you love. It’s about having a genuine heart that’ll serve as your compass in any journey you take.

So, start living life guided by your heart through these Hercules quotes we’ve compiled! At the end of it all, we’re positive you’ll learn that being a real hero isn’t seen by the strength of your muscles but by the resilience of the love you have in your heart!

And don’t miss out these Pocahontas quotes and Hotel Transylvania quotes.

Hercules: “What do you mean?”

Megara: “Nobody can hurt you.”

2. Hercules: “Aren’t you a damsel in distress?”

Hera: “You were willing to give your life to rescue this young woman.”

Zeus: “For a true hero isn’t measured by the size of his strength, but by the strength of his heart.”

5. “If you can prove yourself a true hero on earth, your godhood will be restored.” – Zeus

6. “People always do crazy things when they’re in love.” – Megara

7. “How am I supposed to prove myself a hero if nobody will give me a chance?” – Hercules

8. “Fabulous party. You know, I haven’t seen this much love in a room since Narcissus discovered himself.” – Hades

9. Zeus: “So, Hades, you finally made it. How are things in the underworld?”

Hades: “Well, they’re just fine. You know, a little dark, a little gloomy. And, as always, hey, full of dead people. What are you gonna do?”

10. “You sold your soul to me, to save your boyfriend‘s life. And how does this creep thank you? By running off with some babe. He hurt you real bad, didn’t he, Meg?” – Hades

11. “I would go almost anywhere to feel like I belong.” – Hercules

14. “Being famous isn’t the same as being a true hero. Look inside your heart.” – Zeus

Hercules Quotes That You Will Enjoy Reading

15. “Sometimes, I feel like I really don’t belong here, like I’m supposed to be somewhere else.” – Hercules

16. “Listen to me. I’ve seen them all and I’m telling you, and this is the honest-to-Zeus truth. You got something I’ve never seen before.” – Philoctetes

17. “I trained all those would-be heroes. Odysseus, Perseus, Theseus, Alotayusses! And every one of those bums let me down flatter than a discus. None of them could go the distance. And then, there was Achilles. Now there was a guy who had it all—the build, the foot-speed. He could jab! He could take a hit! He could keep on coming! But that furshlugginer heel of his! He barely gets nicked there once, and kaboom! He’s history. Yeah, I had a dream once. I dreamed I would train the greatest hero there ever was. So great, the gods would hang a picture of him in the stars for everyone to see. And everyone would say, ‘That’s Phil’s boy.’ That’s right, ah, but dreams are for rookies. A guy can only take so much disappointment.” – Philoctetes

18. “To be a true hero, kid, is a dying art. Like painting a masterpiece, it’s a work of heart. It takes more than sinew, comes down to what’s in you!” – Philoctetes

19. “Megara. My friends call me Meg—at least they would if I had any friends. So did they give you a name along with all those rippling pectorals?” – Megara

Motivational Hercules Quotes to Uplift You

20. “No kid, giving up is for rookies. I came back because I’m not quitting on you. I’m willing to go the distance. How about you?” – Philoctetes

21. “I will face the world, fearless, proud, and strong. I can go the distance.” – Hercules

22. “Father, this is the moment I’ve always dreamed of. But a life without Meg, even an immortal life, would be empty. I wish to stay on Earth with her. I finally know where I belong.” – Hercules

Hercules Quotes for Every Kid Who’s Interested in Heroes

24. “I got a feeling you’re gonna leap at my new offer. You give me the key to bringing down wonder breath, and I give you the thing that you crave most in the entire cosmos—your freedom.” – Hades

25. Hades: “So you took care of him, huh? Dead as a doornail. Weren’t those your exact words?”

Pain: “Remember, like, a few years ago, every other boy was named Jason, and the girls were all named Brittany?”

How Would You Define a Hero?

We often think that power and fame are what we need the most in life. But, the fact is, all of those things are meaningless if they don’t give us lasting happiness. In the movie, we see that Hercules’s primary goal was to be recognized as a hero and live in the world of the gods.

He lived his whole life trying to be a hero in everyone’s eyes. Yet, when he was given a chance to reach it, he turned it down to save the woman he loved. He became a hero in his own right, and his decisions led to his genuine happiness.

Hercules shows us that a true hero is measured by the strength of one’s heart, not the power of one’s muscles. Through him, we realize that what truly matters in life is our happiness and who we spend our journey with.

So, if there’s something you want to achieve, learn from Hercules and seek guidance from your heart. Sometimes, what will truly make your content is not recognition from others. Perhaps everything is already within you, just like what Hercules learned!