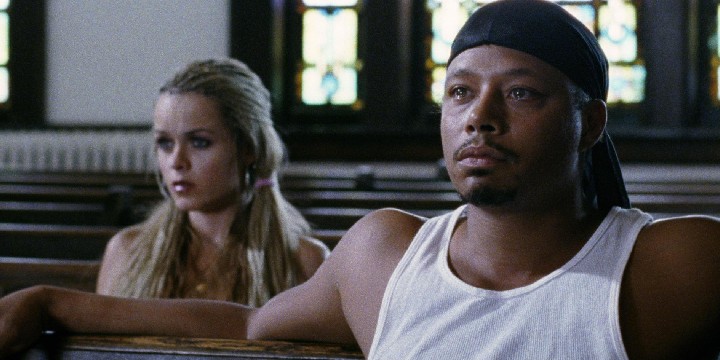 Buckle up and ready yourself for a stream of meaningful lessons as you read these Hustle & Flow quotes!

Craig Brewer’s Hustle & Flow tells the story of a Memphis pimp named DJay, who dreams of being a rapper. It follows his struggles against the realities of his life—the death of his mother and his inability to find employment. But, despite everything, he remains steadfast in his determination to succeed.

It might show some discouraging scenes as Hustle & Flow zooms in on DJay’s journey from being a street hustler to a rapper. However, it will also give you a sense of determination and a better understanding of the importance of perseverance.

This is because DJay went against all odds and continued to work hard and dream big.

If you also need some inspiration and words of encouragement, we’ve got you covered with the best Hustle & Flow quotes. Read through this list and get a better glimpse of what we have in store for you!

And don’t forget to check out these Training Day quotes and Malibu’s Most Wanted quotes.

1. “Just because you got the bacon, lettuce, and tomato don’t mean I’m gonna give you my toast.” – Key

3. “Sometimes I feel like—like I talked such a good game when we were young, man. About my own studio and my own label, that sh*t, DJay, now I’m just payin’ rent, man. This sh*t right here gotta work. It gotta work, man, ’cause it ain’t over for me.” – Key

6. “See, man ain’t like a dog. And when I say ‘man,’ I’m talking about man as in mankind, not man as in men. Because men, well, we are a lot like a dog. You know, we like to piss on things. Sniff a b*tch when we can. Even get a little pink hard-on the way they do. We are territorial as sh*t, you know, we gonna protect our own. But man, he knows about death. Got him a sense of history. Got religion. See, a dog, man, a dog don’t know sh*t about no birthdays or Christmas or Easter bunny, none of that sh*t. And one day, God is gonna come calling, so you know, they are going through life carefree. But people like you and me, man, we are always guessing. Wondering, ‘What if?’ you know what I mean? So when you say to me, ‘Hey, I don’t think we should be doing this,’ I gotta say, baby, I don’t think we should be doing this neither, but we ain’t gonna get no move on in this world, lying around in the sun, licking our *ss all day. I mean, we man. I mean, you are a woman and all, but we are men. So with this said, you tell me what it is you wanna do with your life.” – DJay

8. DJay: “That’s a bottom b*tch for you. I mean, we got everything we need right here. And all this stuff in this—this little bitty space, man, it just looks so much bigger now. I’m here trying to squeeze a dollar out of a dime, and I ain’t even got a cent, man.”

9. “I get like this because I’m pregnant and everything—but, you know, letting me sing on the—on the demo and everything like you do—well, it just—it made me feel real. Real special. And I mean, I know y’all gonna be moving on and moving up, and y’all gonna get real good people to sing, you know, back up for you and everything, but I just—D, I need you to know it meant the world to me.” – Shug

12. “D, I can tell when you’re messing with my head because I let you, because sometimes my head needs to be messed with. But right now, just don’t. Okay?” – Nola

Key: “That’s Shelby. He plays piano in my church. I thought he could help us develop your sound.”

14. Shelby: “If you had to say something different other than ‘Beat that b*tch,’ what would it be?”

Nola: “I don’t really know, but I want something.”

Lexus: “And then they nut.”

More Hustle & Flow Quotes for Fans of the Movie

18. “You wanna know what I’m feeling? I’m thrilled! Okay, thrilled. What woman wouldn’t want her husband spending all day in a house full of hoes?” – Yevette

20. “You Mormons are some brave motherf*ckers.” – DJay

Did These Hustle & Flow Quotes Influence You to Work Hard for Your Dreams?

When pursuing a dream, it’s easy to feel like you’ll never get there. You might feel like your circumstances are holding you back or that the world doesn’t want what you have to offer. But, the truth is, there are always people who believe in your abilities and want to help you achieve your goals.

In Hustle & Flow, DJay grew up in a neighborhood where drug dealers and pimps are on every corner. He badly wants to leave this life behind for good, but he needs money in order to do so. To raise funds, he works dead-end jobs that don’t pay enough, which causes him to fall back into the same cycle that keeps him from achieving his dreams.

For this reason, DJay knew that to get ahead in life, he needed to work hard to succeed. After all, he didn’t have a safety net like others. So, he did just that—he worked hard every day and never stopped striving for success.

He hit rock bottom and saw no apparent way out. However, as some of the lyrics from the title track go, “It ain’t over for me.” It’s an affirmation and a source of hope that one defeat isn’t the end; if he’s determined, all will be well someday.

With all this being said, we hope that we were able to inspire you through this list of Hustle & Flow quotes. Let’s all remember what we’ve learned from DJay and strive for our dreams. Keep working hard toward your goals no matter how difficult your situation may seem!