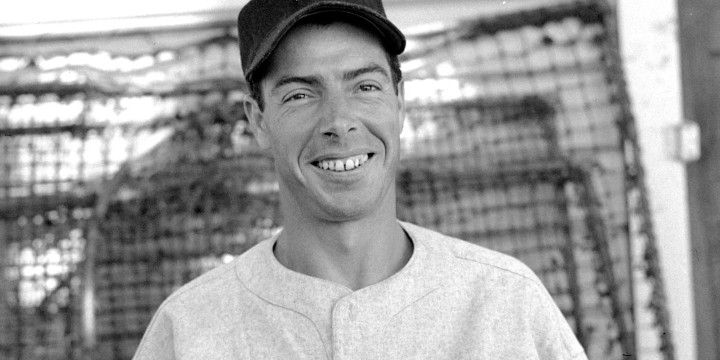 If you’re a baseball fan, then this list of the top 30 Joe DiMaggio quotes will undoubtedly inspire you in life!

Joe DiMaggio, also famously referred to as The Yankee Clipper, was an outstanding former American baseball player. He shined as a great hitter and fielder, but he’s also considered one of the best all-around players in the history of the sport.

There’s no doubt that Joe DiMaggio loved the Yankees and that the Yankees and its fans loved him. In fact, he helped the team get a hold of nine World Series titles. This earned him a spot in the Baseball Hall of Fame and MVP awards in 1939, 1941, and 1937.

This Yankee Clipper indeed has some valuable lessons for all aspiring baseball players. But, he also has some pretty wise things to say about life that anyone can learn from.

So, what are you waiting for? Continue to the list below and get a glimpse of some of his most insightful words!

And don’t forget to check out these baseball quotes and Nolan Ryan quotes.

1. “There is always some kid who may be seeing me for the first or last time; I owe him my best.”

2. “If you keep thinking about what you want to do or what you hope will happen, you don’t do it, and it won’t happen.”

3. “A ballplayer has to be kept hungry to become a big leaguer. That’s why no boy from a rich family has ever made the big leagues.”

4. “A person always doing his or her best becomes a natural leader, just by example.”

5. “Motivation is something nobody else can give you. Others can help motivate you, but basically, it must come from you, and it must be a constant desire to do your very best at all times and under any circumstances.”

6. “You ought to run the hardest when you feel the worst. Never let the other guy know you’re down.”

7. “I’m just a ballplayer with one ambition, and that is to give all I’ve got to help my ball club win. I’ve never played any other way.”

8. “I played my best every day. You never know when someone may be seeing you play for the first time.”

9. “All pitchers are born pitchers.”

10. “The test of an outfielder’s skill comes when he has to go against the fence to make a catch.”

Joe DiMaggio Quotes to Motivate You

11. “If anyone wants to know why three kids in one family made it to the big leagues, they just had to know how we helped each other and how much we practiced back then. We did it every minute we could.”

12. “You always get a special kick on opening day, no matter how many you go through. You look forward to it like a birthday party when you’re a kid. You think something wonderful is going to happen.”

13. “At my age, I’m just happy to be named the greatest living anything.”

Iconic Joe DiMaggio Quotes That Live in Our Heads Rent-Free

15. “There’s nobody taking center from me until I give it up.”

16. “I think there are some players born to play ball.”

Joe DiMaggio Quotes to Know More About Baseball and His Career

21. “Baseball didn’t really get into my blood until I knocked off that hitting streak. Getting a daily hit became more important to me than eating, drinking, or sleeping.”

22. “I feel like I have reached the stage where I can no longer produce for my club, my manager, and my teammates. I had a poor year, but even if I had hit .350, this would have been my last year. I was full of aches and pains, and it had become a chore for me to play. When baseball is no longer fun, it’s no longer a game.”

23. “You start chasing a ball, and your brain immediately commands your body to ‘Run forward, bend, scoop up the ball, peg it to the infield,’ then your body says, ‘Who me?'”

24. “When you have five or six potential Hall of Famers on your team, that’s when you win pennants and championships. The only thing you have to be concerned about is getting the ballplayers to bed on time.”

Joe DiMaggio Quotes That All His Fans Will Love

25. “I can remember a reporter asking me for a quote, and I didn’t know what a quote was. I thought it was some kind of soft drink.”

26. “The phrase ‘Off with the crack of the bat,’ while romantic, is really meaningless since the outfielder should be in motion long before he hears the sound of the ball meeting the bat.”

27. “I’m proud to have been a Yankee. But I have found more happiness and contentment since I came back home to San Francisco than any man has a right to deserve. This is the friendliest city in the world.”

28. “Now I’ve had everything except for the thrill of watching Babe Ruth play.”

29. “Too many kids today are playing major league ball and don’t belong there.”

30. “Now, this is over 30 years later, and the guy said he was that cab driver. He apologized, and he was serious. I felt awful. He might have been spending his whole life thinking he had jinxed me, but I told him he hadn’t. My number was up.”

What Valuable Lessons Did You Learn From These Joe DiMaggio Quotes?

Joe DiMaggio left a legacy in baseball and American culture that can never be forgotten. He was born to Italian immigrant parents, and his father wished for him to become a fisherman like him. However, Joe had other plans for his life.

It’s easy to just go with the flow—to conform to the rules of society and the wishes of your family. What’s hard is to go against their desires and, in a way, against destiny. This is why Joe DiMaggio’s career itself is an inspiration to millions of people worldwide, baseball fans or not.

He did not let himself succumb to what some people might think was inevitable. Instead, he followed his dreams and what he was good at. In baseball, he let his true self and passion shine.

The love he had for the sport, coupled with his tremendous talent and skill, was the primary reason behind the success and fame that he relished. This proves how important love for one’s career is to succeed.

It will be challenging to find the path you’re meant to take. But, like Joe DiMaggio, when you have something you love and enjoy doing, pursue it, no matter the costs. If you work hard enough at it, your perseverance and grit will result in glory and success.

Did these Joe DiMaggio quotes inspire you to do your best every day? Which quotes motivated you to pursue your dreams? Comment below!