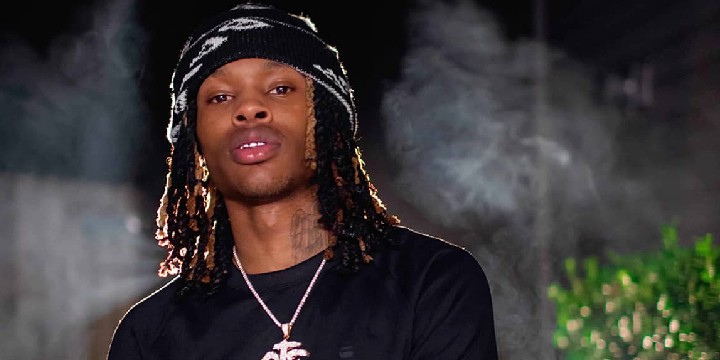 Read these top 50 King Von quotes that will empower you to stand firm and face life with a brave heart.

Though he’d been in the industry for only a few years, he was able to make a name for himself successfully.

King Von’s life wasn’t easy, and he had several run-ins with the law over the years. Despite this, the challenges he faced helped him grow as a person.

Explore our collection to learn more about the different lessons we can gain from his life’s experiences.

And don’t forget to check out these Rod Wave quotes and NLE Choppa quotes.

5. “A person that stands for nothing will fall for anything.”

8. “You have to go harder so everybody can talk about you. The more people know you, the more money you get.”

9. “Give positive vibes out even though what we rappin’ about is really just entertainment right now. It’s just music.”

King Von Quotes on His Views on Life

14. “Time goes by, and sh*t just changes, man. People get old. People got their own sh*t going on. You know how that goes.”

15. “Do you ever get that sad feeling out of nowhere?”

16. “In jail, you don’t do sh*t but read, write, and think about the past sh*t that I did. In jail, you don’t got nothing but memories in that b*tch. I was reading a lot of books in there. That’s probably where that sh*t came from.”

Interesting King Von Quotes That’ll Tell You More About Him

17. “I’m from the streets so I like rap music; that’s what makes up the streets everywhere.”

18. “I’m a player. Like I told you in the beginning. I was born a player. It’s the player sh*t. Just let the window down, just a little bit, pass the hoe her phone, and sh*t. I let them handle it. Y’all take care of that sh*t. Y’all make that sh*t right. I was going to leave.”

King Von Quotes That Will Make You Smirk

29. “You a real n*gga and you doing this sh*t the right way. Don’t let no n*gga tell you different and don’t let none of these weak *ss hoes throw you off.”

30. “Everybody that f*cks with me, they f*ck with me, but I have to get busy because it’s all about building and going up.”

34. “I’m gettin’ bigger, you just got to know how to handle that sh*t. People goin’ to be up in your business now.”

35. “There’s only so many options if a n*gga like you has felonies and sh(t. This one wasn’t working for me. This one wasn’t going right. I ain’t good at this. This is gonna get you a lot of time, so I’ma try rapping.”

36. “I thought I would have a real relationship, but I guess not.”

King Von Quotes and Lyrics to Remind You of His Music

Did King Von’s Tenacity and Bravery Inspire You?

At the age of 16, King Von was arrested for the first time. This was the start of a long series of legal problems for the young rapper. But, with the help of Lil Durk, he pursued his career in rap and music and was able to stay out of trouble.

He was able to release several albums, which helped him become well-known in the music industry. His bravery in standing firm despite everything he had been through from childhood to young adulthood was truly admirable.

However, on November 6, 2020, King Von and his crew were involved in a fight in Georgia, and he was shot multiple times. He was then taken to a hospital in critical condition, where he died later that day.

King Von was, in fact, a good and wise man. He taught us that we must learn to see the hope within ourselves in every dark moment and use it as a starting point to rise again. Let these quotes remind you of his positive influence in the world, which he shared through his music.

So, what is your biggest takeaway from our collection? Which of his quotes are your favorites? Please, leave a comment below.