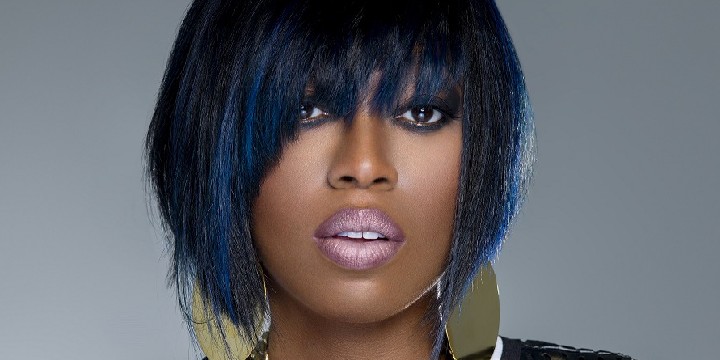 These Missy Elliott quotes will inspire you to reach your dreams and empower you to live without limits.

Melissa Arnette Elliott, famous for her stage name Missy Elliott, is a rapper, singer, and music producer. She released top albums like Supa Dupa Fly and Da Real World, which sold over a million copies in the United States.

With her fantastic rap skills and catchy tunes, Missy Elliott is undeniably one of the greatest female rappers of all time.

The success she currently relishes is the product of her hard work and determination to free herself from her traumatic childhood.

Unlike others who just decide to give up and allow themselves to drown in trauma, Missy Elliott stepped up.

She broke free from her past and used it as an inspiration to change her future into something better.

So, if you are at your lowest point right now or just curious about her, this collection is for you!

And don’t forget to check out these Lil’ Kim quotes and Lizzo quotes.

1. “No need to second guess yourself because someone didn’t believe in you! Everyone won’t understand all your visions! Everyone’s calling is different.”

2. “Stop judging people. If you do, then you are no better than them. No one is perfect. Everybody has made mistakes; just try to teach those who will listen.”

3. “When it comes to size, most people don’t want to see themselves looking bigger than what they are.”

4. “You won’t be able to please everyone! There will always be someone that has something to say! You just work to the best of your ability.”

5. “You may have people telling you your goals are impossible, but those people are scared. They don’t dream big like you! Tell them you see it in your future.”

6. “I know that some people shy away from what I say. They think it is too blunt, but when you don’t give people that, they feel like you are being fake and you’re not telling the truth. So it’s like, you want me to tell the truth, but when I do, it’s too much for you.”

7. “Don’t go broke trying to live above your means! It’s okay to say you don’t have it! If people stop messing with you for that, then manage your money right.”

8. “You must block out things people say that will play with your mind! Some people are not where they want to be, so they try to bring you down, but you level you.”

11. “I want people to feel the heat while they walk down the street, and they’re just kickin’ it.”

12. “Rule number one in negotiating anything with Missy is never try and run me over. Never push me because I am a very strong woman. I’m nice, but I’m very strong. When it gets down gritty, I can get grittier. Never, ever underestimate me.”

Meaningful Missy Elliott Quotes That You Will Need in Life

13. “Showing humility will take you a long way! You can be confident, but arrogance is not coming on anyone.”

14. “All money ain’t good money! You shouldn’t expect every big offer in front of you! Be wise and don’t rush and ask questions before making a decision.”

15. “It’s never too late to learn! Surround yourself with people who are about their business and not ones who are lazy! That will keep you on.”

16. “If your mind is on everybody else’s business, you got life f*cked up. It’s time to do what you need to do to elevate your life! Money just don’t fall in your lap.”

Missy Elliott Quotes to Reflect On

17. “I always feel the need to work as if I don’t have a deal because that’s what’s going to keep me around for a long time.”

19. “I’m not a person that’s walking down the street, looking mean all day.”

20. “Every day is not a beautiful day for anybody, but I try to treat all my fans nice and all the interviewers nice.”

21. “Women are not always taken as seriously as we should be, so sometimes, we have to put our foot down.”

Missy Elliott Quotes to Learn About Her Passion and Career

25. “I gotta feel like what I’m giving the fans is 100% and that it’s game-changing. I don’t just throw out microwave records.”

27. “I want kids of this generation to see that everything is cool, that there’s some kind of unity in hip hop. We all found something that’s really important to us, and music is all we’ve really got.”

28. “You don’t make any money being an artist. Writing and producing? You get your money from that. You live comfortable.”

29. “Hip hop is definitely not what it used to be, which was creative, original music.”

30. “I feel blessed, and I’ve learned so much. I just wanted to make a record where people can forget their troubles and go buck wild.”

31. “I like collaborating, but I felt I should do my first single by myself, so people don’t think I’m leaning on other artists to be a success.”

32. “I’m blessed to be living this dream of writing and singing, but that’s not the real dream I had. The real dream was to make enough money to take care of all the pain and suffering that my mother has been through.”

More Missy Elliott Quotes That Will Leave an Impact on You

36. “If I didn’t have some kind of education, then I wouldn’t be able to count my money.”

38. “It’s funny because for females in general, not just in music, but the corporate ladder as well, anything we do has always been harder for us. When it comes to music, the industry wants you to conform, to look like this and to sound like this and do this or that. It makes it harder. It’s harder for us to come out and be bosses and lead the pack.”

39. “One thing about White people is that in their videos, they don’t care. They can go out in cut-up jeans and do a video, and it’ll be large.”

40. “It’s just that back then, we didn’t know that was considered being a co-producer. I would sit on the side and say what I wanted musically, but at the time, we thought if you aren’t the one playing it, you don’t get the credit. Now, you’ll start seeing my name listed as the producer.”

Which Missy Elliott Quote Inspired You to Keep Going Despite the Hardships?

Most of us know what the lowest of low points feels like. Especially in chasing our dreams, we inevitably encounter moments where we feel stuck or demotivated.

In these times, we must remember that every failure or mistake that we make is a building block toward our success. Don’t focus too much on the negative. Instead, make room to think about how these low points are learning experiences that we should remember.

In the collection, we see how Missy Elliott’s success resulted from her pushing through despite everything. Her father was physically abusive toward her and her mother, and she used to live in an overall hostile environment.

Albeit hard, she never let the bad things get to her. For Missy Elliott, every experience is fuel for growth and change.

Hopefully, these quotes were able to motivate you to be more like Missy Elliott. Stay on the right track! Just keep going, and you will eventually reach your dreams and achieve your goals in life.