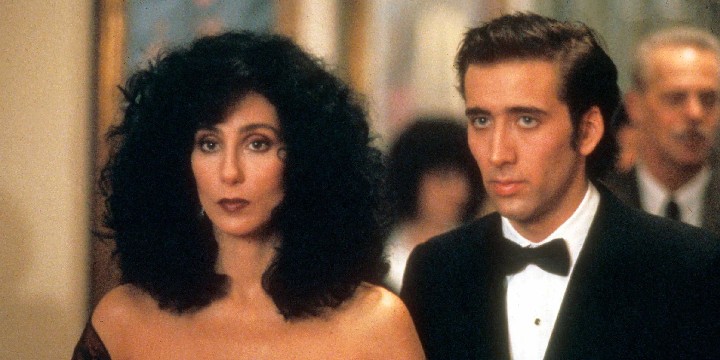 If you’re into rom-com movies, you’ll enjoy this list of Moonstruck quotes we’ve prepared for all its fans!

Moonstruck tells the story of Loretta, who falls in love with the brother of her fiancé. She tries to resist, but he aggressively pursues her while his brother is out of the country.

As she falls deeper in love, she discovers that she’s not the only one in her family having a secret affair. Her mother, Rose, finds out that her husband is also having an affair. Perhaps this is the premise behind her views on love and how it can drive one crazy!

Moonstruck indeed has so much to tell about the different sides of love. Don’t miss out on the profound and meaningful lessons you can learn through these Moonstruck quotes!

And make sure to read these Land of the Lost quotes and The Notebook quotes.

Loretta Castorini: “Snap out of it!”

2. “Loretta, I love you. Not like they told you love is, and I didn’t know this either, but love doesn’t make things nice—it ruins everything. It breaks your heart. It makes things a mess. We aren’t here to make things perfect. The snowflakes are perfect. The stars are perfect. Not us. Not us! We are here to ruin ourselves and break our hearts and love the wrong people and die. The storybooks are bullshit. Now I want you to come upstairs with me and get in my bed!” – Ronny Cammareri

3. Loretta Castorini: “Bless me, Father, for I have sinned. It’s been two weeks since my last confession.”

Priest: “What sins have you to confess?”

Loretta Castorini: “Twice I took the name of the Lord in vain, once I slept with the brother of my fiancé, and once I bounced a check at the liquor store, but that was really an accident.”

Priest: “Then it’s not a sin. But—what was that second thing you said, Loretta?”

Loretta Castorini: “You mean the one where I once slept with the brother of my fiancé?”

4. Old Crone: “You have someone on that plane?”

5. Ronny Cammareri: “You ruined my life.”

Loretta Castorini: “That’s impossible! It was ruined when I got here! You ruined my life!”

6. “That woman didn’t leave you, okay? You can’t see what you are, and I see everything. You are a wolf! That woman was a trap for you. She caught you, and you couldn’t get away. So you, you chewed off your own foot. That was the price you had to pay for your freedom. And now, now you’re afraid because you know the big part of you is a wolf that has the courage to bite off its own hand to save itself from the trap of the wrong love. That’s why there’s been no woman since that wrong woman. Okay? You’re scared to death of what the wolf would do if you try and make that mistake again!” – Loretta Castorini

7. Loretta Castorini: “That was so awful.”

Loretta Castorini: “I was surprised—you know, I didn’t really think she was gonna die. I knew she was sick.”

Ronny Cammareri: “She had TB.”

Loretta Castorini: “I know! I mean, she was coughing her brains out, and still, she had to keep singing!”

Moonstruck Quotes for Those Who Are Madly in Love

8. Ronny Cammareri: “You’re gonna marry my brother? Why do you wanna sell your life short? Playing it safe is just about the most dangerous thing a woman like you could do. You waited for the right man the first time; why didn’t you wait for the right man again?”

9. Loretta Castorini: “What are you doing?”

Ronny Cammareri: “Son of a b*tch!”

Loretta Castorini: “Where are you taking me?”

Ronny Cammareri: “To the bed.”

Ronny Cammareri: “I can’t do that.”

Rose Castorini: “You’re not going to marry him, Cosmo. Do you love him, Loretta?”

Rose Castorini: “Good. When you love them, they drive you crazy because they know they can.”

13. Loretta Castorini: “You ruined my life!”

Loretta Castorini: “Oh, yes, you did! Oh, yes, you did! Y’know, you got them bad eyes, like a gypsy, and I don’t know why I didn’t see it yesterday. Bad luck! That’s what it is. Is that all I’m ever gonna have? I should have taken a rock and killed myself years ago!”

15. Rose Castorini: “Nice to meet you. Got a love bite on your neck. Your mother’s recovered from death.”

Loretta Castorini: “She’s dying. But I could still hear her big mouth.”

Johnny Cammareri: “Well, there’s a Bible story. God—God took a rib from Adam and made Eve. Now, maybe men chase women to get the rib back. When God took the rib, he left a big hole there, where there used to be something. And the women have that. Now maybe, just maybe, a man isn’t complete as a man without a woman.”

Rose Castorini: “But why would a man need more than one woman?”

Johnny Cammareri: “I don’t know. Maybe because he fears death.”

Rose Castorini: “No! That’s it! Thank you! Thank you for answering my question!”

18. Cosmo Castorini: “A man understands one day that his life is built on nothing, and that’s a bad, crazy day.”

Rose Castorini: “Your life is not built on nothing! Te Amo.”

19. Rose Castorini: “I just want you to know no matter what you do, you’re gonna die, just like everybody else.”

Loretta Castorini: “A wolf without a foot.”

21. “You—you got a love bite on your neck. He’s coming back this morning; what’s the matter with you? Your life’s going down the toilet. Cover up that damn thing. Come on, put some makeup on it.” – Rose Castorini

23. “Is it just a matter of time before a man opens his eyes and gives up his one dream of happiness?” – Ronny Cammareri

Cosmo Castorini: “Everything is temporary! That doesn’t excuse nothin’!”

How Does It Feel to Fall for the Right Person at the Wrong Time?

As the saying goes, “Love works in mysterious ways.” We never know when we’ll get smitten and if it will be the right time for it.

In the movie, Loretta’s mother believes that a person can easily be hurt if one truly loves their partner. For this reason, she approves of her engagement since Loretta only likes Johnny; she doesn’t love him deeply.

Unexpectedly, Loretta got into an affair with Ronny. As we all know, cheating is never acceptable, no matter what the reason is. Still, Johnny himself broke his promise, and Loretta and Ronny ended up together.

Love, indeed, is something we can never control. So, be open, wait for the right person, and never settle for anything less than what you deserve.

We hope these Moonstruck quotes were able to inspire you and help you remember that love will find its way. Things may seem challenging right now, but just do the right thing, and what’s meant for you will eventually come into your life!