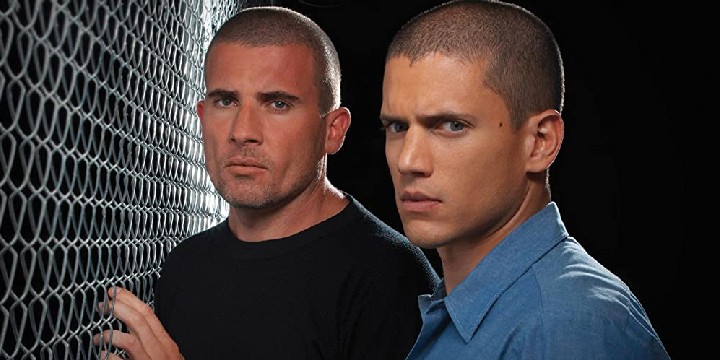 There’s no doubt in our minds that this list of Prison Break quotes will entice you to binge-watch the entire series!

Prison Break is a TV series that revolves around the life of two brothers, Michael Scofield and Lincoln Burrows. In the show’s first season, we get a glimpse of Scofield’s elaborate plan to help Burrows break free from Fox River State Penitentiary. Michael had so much faith in his brother’s innocence that he committed armed robbery just to get into the same prison and start his plans.

However, he will soon realize that plans, no matter how well-thought-out, will not always work in his favor. Many variables surround their escape, and of course, they have to pass through multiple obstacles.

Prison Break is a show you must not miss. So, read on if you want to revisit its best lines or learn a thing or two from Scofield and the other characters. We’ve prepared the best quotes from the series.

And don’t forget to check out these The X-Files quotes and NCIS quotes.

1. “We are captives of our own identities, living in prisons of our own creation.” – Theodore Bagwell

2. “Preparation can only take you so far. After that, you have to take a few leaps of faith.” – Michael Scofield

3. “Faith is everything.” – Michael Scofield

4. “I choose to have faith, because, without that, I have nothing. It’s the only thing that’s keeping me going.” – Michael Scofield

6. “When I was a child, I couldn’t sleep at night because I thought there was a monster in the closet. But my brother told me there isn’t anything there but fear. And fear wasn’t real. He said it was not made of anything. It was just air—air. Not even that. He said you just have to face it. You just have to open that door, and the monster will disappear.” – Michael Scofield

7. “Keep your friends close and your enemies closer!” – John Abruzzi

8. “I came in here a man. Give me the strength to walk out of here a man.” – Lincoln Burrows

9. “The secret to real power is to never betray your intentions, to wear nothing on your sleeve, and to never let anyone see your face.” – Jacob Anton Ness

11. “You show up and give me the one thing a man in my situation shouldn’t have: hope.” – Lincoln Burrows

12. “It’s what’s behind the eyes that counts.” – Michael Scofield

13. “Wearing a cross is one thing, living by it is another.” – Michael Scofield

14. “You know, we spend so much of our lives not saying the things we want to say, the things we should say. We speak in code, and we send little messages. So now, plainly, simply, I want to say that I love you both very much.” – Michael Scofield

15. “Believe me, I understand the impulse to pull the trigger. But if we lose ourselves, we lose everything.” – Michael Scofield

17. “Sometimes things happen that are just out of your control.” – Alexander Mahone

18. “Sometimes a man has to surrender to fate—see what it has in store for him.” – Theodore Bagwell

19. “I’ve got news for you, Michael. ‘Trust me’ means absolutely nothing inside these walls.” – Sara Tancredi

Prison Break Quotes to Reminisce About Your Favorite Scenes

20. “When Michael takes on the world, the world always loses.” – Lincoln Burrows

22. “Well, I guess that’s the difference between us. I’m willing to pay for my sins.” – Michael Scofield

23. “Remember, Pretty, I am serving life plus one. So if I get busted for attempted escape, Imma throw in a homicide, no problem; that’s like a parking ticket to me!” – Theodore Bagwell

24. “Gotta problem with that? Feel free to drop it into my suggestion box.” – Brad Bellick

25. “I’ll always be a step ahead of you. I can see everything in your eyes.” – Jacob Anton Ness

More Prison Break Quotes for Those Who Enjoyed the Series

27. “Michael Scofield was like a storm. He was beautiful and frightening and mysterious.” – Sara Tancredi

28. “You’re in the old man’s back pocket, are you? I got news for you, Fish, he may run this place during the day, but I run it during the night.” – Brad Bellick

30. “You want to screw something up? Put a thousand people on it. You want to get it done, right? Put it in the hands of a few.” – Jacob Anton Ness

Have You Found Any of Michael Scofield or Lincoln Burrow’s Qualities Relatable?

Micheal Scofield and Lincoln Burrows couldn’t be more different yet, at the same time, similar. Burrows is more stoic and accepting of his fate; though he’s innocent, he’s prepared to meet his Maker. On the other hand, Scofield is unshakeable; once he’s decided on something, he will stand firm in his decision and do everything he can to fulfill it.

They are complete opposites in this sense. However, through them, we also understand the importance of familial—in this sense, brotherly—love. As in real life, we will not always see eye to eye with our family members, but at the end of the day, they are the ones who will love and support us the most.

It’s in each other’s presence that Michael Scofield and Lincoln Burrows didn’t lose hope or faith. Micheal, most especially, never gave up, no matter how many times he failed. In the end, he eventually freed himself and his brother from the jaws of prison.

Escaping sentences or committing crimes is not something we stand for. Instead, we look at Prison Break as an inspiring piece that puts forward love, hope, and perseverance. The next time you need wisdom on these topics, read our list of quotes!