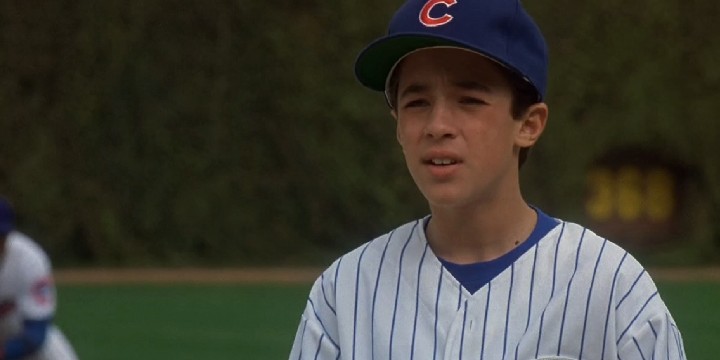 These Rookie of the Year quotes can help you better cope with your career’s demands while teaching you more about baseball!

Everyone wants to be the best they can be. We work and try to give our all so our superiors can acknowledge our skills and talents.

Sadly, though pressure can be good, too much of it could lead to one’s downfall. This is what happened to Henry in Rookie of the Year. He’s a 12-year-old Little League player with such a powerful pitch.

Everyone was giving him immense pressure to perform consistently at his best. This, then, caused him to falter. Thankfully, he met Chet Steadman, who guided him through everything.

Read on to learn more about Henry’s journey and how he overcame his obstacles in Rookie of the Year. We’ve gathered the best quotes from the movie we’re sure you’ll love.

And don’t forget to check out these The Mighty Ducks quotes and Paul Blart: Mall Cop quotes.

Best Rookie of the Year Quotes

1. “Sometimes you just gotta put the pedal to the metal and live the fantasy! Rock and roll!” – Phil Brickma

2. Chet Steadman: “Do me a favor, Henry. Don’t take this game too seriously.”

Henry Rowengartner: “Why not?”

Chet Steadman: “Because one day, it’ll all be over. Your gift will be gone.”

4. “I wrap the cake up in my vomit bag, and voila! Breakfast! Conservation, managing resources—that is the key to baseball.” – Phil Brickma

5. “The key to being a big league pitcher is the three Rs: readiness, recuperation, and conditioning! You see, after the game, a lot of guys like to ice up their arm. Still, other fellas think that heat is the way to go. But I have discovered the secret, Henry: hot ice! That’s right: hot ice. I heat up—the ice cubes! It’s the best of both worlds!” – Phil Brickma

Rookie of the Year Quotes That Will Make You Laugh

Henry Rowengartner: “Why not?”

Chet Steadman: “’Cause I’m not the ‘Rocket’ anymore.”

Henry Rowengartner: “Yeah, I don’t get it; you’re throwing so slow.”

8. “Hey! Your mom’s got a pretty good arm! I haven’t seen the floater pitch since Scruffy McGee!” – Phil Brickma

9. “We want a pitcher, not an underwear snitcher!” – Henry Rowengartner

Rookie of the Year Quotes to Pique Your Interest

Phil Brickma: “I’ll be right back.”

13. “I just figured out why the Cubs lose every year. They’ve got more talent in the stands than they do in the field.” – Cliff Murdoch

Sal Martinella: “I might be looking for your father.”

15. “The only reason you are playing for the Cubs is because you broke your stupid arm!” – George

16. “You’re the best thing to happen to baseball since Cracker Jack!” – Bob Carson

Bob Carson: “Seats? You mean down on the field level?”

Bob Carson: “Me, the owner of the Cubs sitting down with the fans? They’d kill me.”

20. “Well, that’s going to bring Rocket’s earned run average to about, uh, 300 or so. Which equals the attendance here today. What a team.” – Cliff Murdoch

Was There a Time You Were Pressured Like Henry?

The pressure to perform is present in any career choice. However, perhaps more so in sports, especially when you’re directly pushing your team to win or lose. This kind of pressure tormented Henry in Rookie of the Year.

However, just imagine dealing with that kind of stress at his age. It will be hard for adults to deal with something like that, let alone a 12-year-old kid. Henry also faced pressure in other aspects of his life.

Because of his fame, he’s slowly becoming alienated from his friends, and his personal life is slowly breaking apart. While Henry overcame his troubles when it came to playing baseball with the help of Chet, there was nothing he could do to fix his relationship with his friends. So, ultimately, Henry decided to retire from the Chicago Cubs after the season.

Through this, Rookie of the Year allows us to gain two pieces of wisdom. First, we learn that pressure is only good if we can handle it and get inspired by it, not when it’s too much that we break down. Secondly, Henry teaches us that family, friends, and humility are more important than fame and success.

It’ll be hard to balance work and life. But, don’t ever let success get into your head because if you do, you might slowly lose the people who matter most to you.