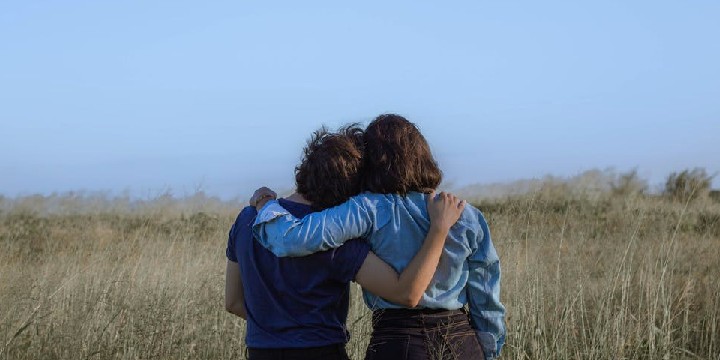 Reading this list of sincerity quotes will encourage you to show honesty to other people and free yourself from hypocrisy!

Nowadays, it may seem that sincerity is nowhere to be found in the world anymore. With many people trying to gain your trust for their own benefit, we should be extremely cautious about who we trust. This is also why we must understand what sincerity means.

Sincerity is the quality of being authentic and honest, especially when dealing with others. It’s also about being genuine in your actions and how you conduct yourself. This includes treating others with kindness and respect and not being fake or shallow.

Sadly, when people try to interact with others, they often try to hide or mask their true intentions. It might be because they’re afraid that they would be judged. But, lack of sincerity is not something we can justify for any reason.

So, learn more about authenticity, trust, and honesty through this collection.

We’re positive the quotes in this list will help you understand what it means to live a more sincere life!

And don’t forget to check out these positive quotes and inspirational quotes.

1. “Sincerity is an openness of heart; we find it in very few people; what we usually see is only an artful dissimulation to win the confidence of others.” – François de La Rochefoucauld

2. “Sincerity is the highest complement you can pay.” – Ralph Waldo Emerson

3. “Sincerity makes the very least person be of more value than the most talented hypocrite.” – Charles Spurgeon

4. “Sincerity is impossible unless it pervades the whole being, and the pretense of it saps the very foundation of character.” – James Russell Lowell

5. “Insincerity is always weakness; sincerity even in error is strength.” – George Henry Lewes

7. “A little sincerity is a dangerous thing, and a great deal of it is absolutely fatal.” – Oscar Wilde

8. “Sincerity is not a test of truth—no evidence of the correctness of conduct. You may take poison sincerely believing it the needed medicine, but will it save your life?” – Tryon Edwards

9. “Sincerity—the road we need to travel for a better way of life. Sincerity—an attitude we need to take if we want to survive.” – Lisa Stansfield

10. “Sincerity is to speak as we think, to do as we pretend and profess, to perform and make good what we promise, and really to be what we would seem and appear to be.” – John Tillotson

11. “When pure sincerity forms within, it is outwardly realized in other people’s hearts.” – Lao Tzu

12. “The sincerity with which you do things, that’s what shapes your life.” – Blake Griffin

14. “Sincerity is a high quality, but its virtues are only efficacious when discreetly applied.” – Charles William Day

15. “Sincerity, even if it speaks with a stutter, will sound eloquent when inspired.” – Eiji Yoshikawa

16. “I should say sincerity, a deep, great, genuine sincerity, is the first characteristic of all men in any way heroic.” – Thomas Carlyle

17. “Sincerity is the key which will open the door through which you will see your separate parts, and you will see something quite new. You must go on trying to be sincere. Each day you put on a mask, and you must take it off little by little.” – George Gurdjieff

18. “I am an extremely sincere individual. I am sincere, to a fault. One of the many things that I have come to realize, to learn, is that sincerity must be reserved and given only to those who deserve it. And one must save one’s emotions, channeling them only to the people who are worthy of them. One must not throw one’s pearls to the pigs.” – C. JoyBell C.

19. “When you fall in love, the natural thing to do is give yourself to it. That’s what I think. It’s just a form of sincerity.” – Haruki Murakami

Sincerity Quotes That You Should Add to Your Must-Read List

20. “Sincerity is an expensive gift. Don’t expect it from cheap people.” – Anonymous

23. “Sincerity is about being yourself, but doing a very good job at it.” – Bryce Sanders

25. “The secret of success is sincerity.” – Jean Giraudoux

27. “Sincerity may be humble, but she cannot be servile.” – Lord Byron

28. “Sincerity doesn’t mean anything. A person can be sincere and be more destructive than a person who is insincere.” – Edward Albee

29. “Sincerity means that the appearance and the reality are exactly the same.” – Oswald Chambers

Sincerity Quotes to Highlight the Importance of Being Authentic

32. “Sincerity seems to be a problem for some people these days. But I would prefer to be hated than be a false person who tells lies.” – Anonymous

33. “Sincerity is the foundation of the spiritual life.” – Albert Schweitzer

34. “Sincerity is the face of the soul.” – Joseph Sanial-Dubay

36. “The sincerity of a true man so pervades his whole spirit and beautifies his language, that his society is the most attractive; his speech the most forcible; and his influence the most benign; let us develop and enforce these three points.” – Elias Lyman Magoon

37. “‎Sincerity is the biggest part of selling anything, including the Christian plan of salvation.” – Billy Graham

38. “Sincerity is the indispensable ground of all conscientiousness, and by consequence of all heartfelt religion.” – Immanuel Kant

Sincerity Quotes to Help You Understand the Concept of Truthfulness

39. “Sincerity and truth are the basis of every virtue.” – Confucius

40. “Sincerity does not and cannot substitute for truth.” – Jimmy Pritchard

41. “A habit of sincerity in acknowledging faults is a guard against committing them.” – Goold Brown

42. “Sincerity has to do with the connection between our words and thoughts, and not between our beliefs and actions.” – William Hazlitt

Deep Sincerity Quotes to Think About

43. “If I’m sincere today, what does it matter if I regret it tomorrow?” – José Saramago

44. “The tongue of the sincere is rooted in his heart; hypocrisy and deceit have no place in his words.” – Robert Dodsley

45. “Sincerity in society is like an iron girder in a house of cards.” – William Somerset Maugham

46. “Sincerity is not a spontaneous flower nor is modesty either.” – Colette

47. “Sincerity is the only thing that makes good schlock watchable.” – Dan Wickline

48. “Sincerity is the unification of one’s wish and intent.” – Ibn Qayyim al-Jawziyya

49. “Sincerity should be the pruning knife of friendship, and not the monster scythe of unfeeling rudeness, which for one weed that it eradicates, mows down a dozen of those tender flowers which bloom only on our affections.” – Charles William Day

Powerful Sincerity Quotes That Zoom in on Its Advantages

52. “Loss of sincerity is a loss of vital power.” – Christian Nestell Bovee

53. “Sincerity is the surest road to confidence.” – David Lloyd George

55. “Sincerity may not help us make friends, but it will help us keep them.” – John Wooden

56. “How can sincerity be a condition of friendship? A taste for truth at any cost is a passion which spares nothing.” – Albert Camus

58. “Sincerity in your relationships has a direct impact on your success.” – Anonymous

60. “Sincerity is the most compendious wisdom, and an excellent instrument for the speedy dispatch of business; it creates confidence in those we have to deal with, saves the labor of many inquiries, and brings things to an issue in few words; it is like traveling in a plain beaten road, which commonly brings a man sooner to his journey’s ends than byways, in which men often lose themselves.” – John Tillotson

Did This Collection Change How You View Sincerity?

Sincerity is a virtue that has fallen out of fashion. Sadly, we live in a cynical culture where people constantly try to manipulate one another. As a result, we’ve become accustomed to being lied to and not trusting the motives of those around us.

But, no matter how confusing or challenging life gets, sincerity is essential. After all, it’s the foundation of our relationships with others. Without sincerity, we can’t trust each other or build meaningful connections and bonds.

Being sincere allows people to feel safe and trust us more. And, when our relationships with others are genuine, we can share their secrets, laugh with them, and even confide in one another.

Live sincerely and treat others sincerely. If you do so, you’ll live a much more fulfilling life.

With that, we hope this list of sincerity quotes was able to push you to show your authentic self to others. Always show the world your sincerity in your actions, words, and thoughts!