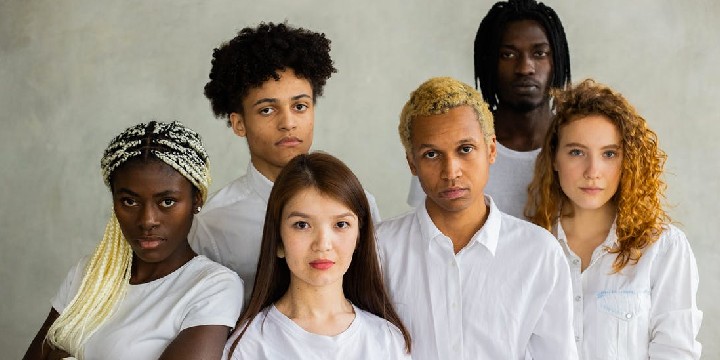 This collection of tolerance quotes will help you become more open-minded when responding to others’ opinions and thoughts!

Our differences allow us to discover things we didn’t know previously.

But, we sometimes get annoyed at the slightest semblance of disagreement. What we need in these cases is to cultivate and improve our tolerance.

We need tolerance in our lives because it helps us be more open to learning from others and life’s adversities.

After all, there is always something we can learn from others. We all look at things differently, and with tolerance, we explore a new side of the world.

Let us never hold back from developing our tolerance. With it, we’ll widen our capacity to be more accepting of others’ differences.

So, read our quotes below and learn how to be more tolerant in life!

And don’t miss out these kindness quotes and happiness quotes.

1. “Tolerance implies no lack of commitment to one’s own beliefs. Rather it condemns the oppression or persecution of others.” – John F. Kennedy

2. “Tolerance should, strictly speaking, be only a passing mood; it ought to lead to acknowledgement and appreciation. To tolerate a person is to affront him.” – Johann Wolfgang von Goethe

3. “Tolerance is giving to every other human being every right that you claim for yourself.” – Robert Green Ingersoll

4. “Tolerance is the oil which takes the friction out of life.” – Wilbert E. Scheer

5. “Tolerance is the ability to forgive those who tend to speak before thinking.” – Catherine Pulsifer

6. “Tolerance is the first principle of community; it is the spirit which conserves the best that all men think.” – Helen Keller

7. “Tolerance and apathy are the last virtues of a dying society.” – Aristotle

8. “Tolerance isn’t about not having beliefs. It’s about how your beliefs lead you to treat people who disagree with you.” – Timothy Keller

10. “Tolerance grows only when faith loses certainty; certainty is murderous.” – Will Durant

11. “Tolerance is the mindful capacity to love, respect, and accept the differences that make people unique. This tolerance exists so that all people can live in harmony without the exclusion of one over the other or the will of the few disaffecting the lives of the many.” – Byron R. Pulsifer

12. “Tolerance is possessing a heart or a spirit that gives room at all times for people’s weakness and imperfection with a view to fostering peace and promoting friendship.” – Bishop Dr. John Ibenu

14. “Toleration is being wise enough to have no difference with those who differ from us.” – Paul Chatfield

15. “Tolerance is key in unlocking all closed doors.” – Marina Finci

16. “Tolerance is the positive and cordial effort to understand another’s beliefs, practices and habits without necessarily sharing or accepting them.” – Joseph E. Osborne

17. “The only way to be tolerant of others is to be able to see the world through their eyes.” – Tohon

18. “Having patience and tolerance is the ability to see the innocence in others.” – Miguel A. and Ornelas S.

19. “Tolerance, like any aspect of peace, is forever a work in progress, never completed, and, if we’re as intelligent as we like to think we are, never abandoned.” – Octavia E. Butler

20. “Love is wise; hatred is foolish. In this world, which is getting more and more closely interconnected, we have to learn to tolerate each other, we have to learn to put up with the fact that some people say things that we don’t like. We can only live together in that way. But if we are to live together, and not die together, we must learn a kind of charity and a kind of tolerance, which is absolutely vital to the continuation of human life on this planet.” – Bertrand Russell

Tolerance Quotes That Are Straight to the Point

21. “In the practice of tolerance, one’s enemy is the best teacher.” – Dalai Lama XIV

22. “The highest result of education is tolerance.” – Helen Keller

24. “Tolerance is the only real test of civilization.” – Arthur Helps

25. “Tolerance is another word for indifference.” – Somerset Maugham

26. “Don’t get so tolerant that you tolerate intolerance.” – Bill Maher

27. “Discord is the great ill of mankind, and tolerance is the only remedy for it.” – Voltaire

29. “Tolerance can lead to learning something.” – Jakob Dylan

30. “Tolerance is the virtue of the man without convictions.” – G. K. Chesterton

Tolerance Quotes That Will Teach You About Life and Society

32. “Tolerance is the price we pay for living in a free, pluralistic society.” – Robert Casey

34. “Tolerance is nothing more than patience with boundaries.” – H. Thompson Barnhart III

35. “Tolerance only for those who agree with you is no tolerance at all.” – Ray A. Davis

36. “Tolerance is for cowards. Being tolerant requires nothing from you but to be quiet and to not make waves, holding tightly to your views and judgments without being challenged. Do not tolerate each other. Work hard, move into uncomfortable territory and understand each other.” – Randall Stephenson

37. “Human diversity makes tolerance more than a virtue; it makes it a requirement for survival.” – Rene Dubos

38. “It is easy to be tolerant of the principles of other people if you have none of your own.” – Herbert Samuel

39. “If a profound gulf separates my neighbor’s belief from mine, there is always the golden bridge of tolerance.” – Anonymous

40. “Tolerance is accepting differences in other people. It is thinking, ‘It is okay that you are different from me.’” – Cynthia Amoroso

41. “Tolerance is a fundamental character trait of great people and a part of the attitudes and practices of those we admire and respect. People without tolerance are diminished and poor.” – John K. Carmack

42. “Toleration is the greatest gift of the mind; it requires the same effort of the brain that it takes to balance oneself on a bicycle.” – Helen Keller

43. “Tolerance, of course, is often used in an entirely neutral sense: simply the ability to endure.” – Lee C. Bollinger

44. “What is tolerance? It is the consequence of humanity. We are all formed of frailty and error; let us pardon reciprocally each other’s folly—that is the first law of nature.” – Voltaire

45. “Tolerance is a virtue, but tolerance coupled with passivity is a vice.” – Chris Hedges

46. “Tolerance is a tremendous virtue, but the immediate neighbors of tolerance are apathy and weakness.” – James Goldsmith

47. “Tolerance always has limits, and it cannot tolerate what is itself actively intolerant.” – Sidney Hook

48. “The greatest problem in the world today is intolerance. Everyone is so intolerant of each other.” – Princess Diana

49. “Tolerance and celebration of individual differences is the fire that fuels lasting love.” – Tom Hannah

50. “There is nothing more important in life than giving. Tolerance is forged when people look beyond their own desires.” – Nelson Mandela

More Tolerance Quotes That Are Worth Reading

51. “Our ability to tolerate frustration can be especially low when we are under time pressure or have too many things to do, a significant feature of many modern workplaces.” – Russell Kolts

52. “Since we are living in an open society with a space for tolerance and indulgence, we must monitor assiduously the permanent changes of habits and customs and the ‘normality barometer’ should be determined and adjusted, time after time.” – Erik Pevernagie

53. “I have seen great intolerance shown in support of tolerance.” – Samuel Taylor Coleridge

54. “He who would practice the art of tolerance must guard well against an attitude of superiority, smugness, indifference, and coldness.” – Wilfred Peterson

55. “I identify tolerance as a personal and world issue, one that is fundamentally important for the welfare of people—I define tolerance as an action-oriented doctrine requiring more than passive acceptance of other people. Involved, active, caring tolerance is part of the way to meet challenges we face in neighborhoods and among the nations of the world.” – John K. Carmack

56. “Compassion and tolerance are not a sign of weakness, but a sign of strength.” – Dalai Lama XIV

57. “I learned that very often the most intolerant and narrow-minded people are the ones who congratulate themselves on their tolerance and open-mindedness.” – Christopher Hitchens

58. “By staying on top of your reactions you will be able to develop patience and tolerance; two distinct traits required for achieving long-term success.” – Annabelle Higgins

59. “The responsibility of tolerance lies with those who have the wider vision.” – George Eliot

60. “Toleration is a distinctively modern response to disagreement and difference, and its ills are variations on modernity’s own.” – John R. Bowlin

Did You Gain a Better Understanding of How Important Tolerance Is in Life?

Life is difficult to tackle. Sometimes, we find it challenging to relate to and be tolerant of other people, especially when their thoughts and opinions differ from ours.

This is why tolerance plays a massive role in every area of our lives. You can never work well with others if you’re intolerant and impatient. And, since humans are social beings, we must always strive for a healthy working relationship with others.

Let’s never forget to learn to bear with each other. We need to be understanding of others because this will give us so much wisdom that will be very helpful when facing life’s adversities. We grow through everything, and that includes the differences we have with other people.

With that, we hope these tolerance quotes were able to help you understand how everyone is vital to one’s growth. Always be open and compassionate to others, no matter how different they are from you!