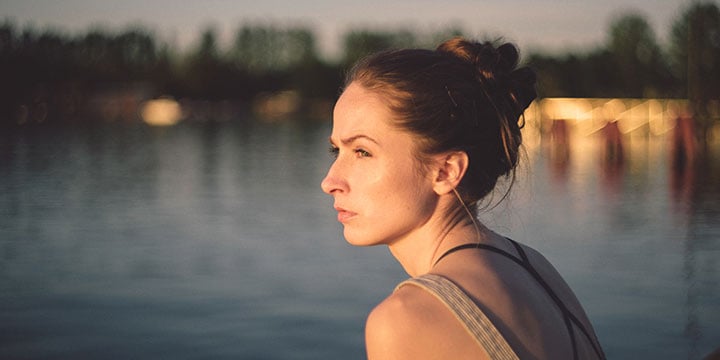 Whether you’re newly single or not, we’re sure you’ll enjoy and learn a lot from this list of being single quotes we’ve gathered for you.

Being single is a status that’s commonly frowned upon by society.

Many people constantly question single people, asking when they’ll find a partner or when they’ll get married. It might have been normalized, but it doesn’t mean that being single is bad.

In more ways than one, being single is actually beneficial to people. This is when you can genuinely reflect on yourself, your past relationships, and what you want out of life.

It’s not everyone’s goal to get married, and one certainly doesn’t have to be in a relationship to be successful.

So, to better understand the single life, read through our quotes below. You’ll find the ups, downs, and many in-betweens of being single.

Scroll through the end and list down the quotes you were able to relate to the most.

And don’t forget to check out these encouraging quotes and positive quotes.

1. “Being single is better than being in a relationship with someone who fills your heart with doubt.” – Anonymous

2. “Being single is about celebrating and appreciating your own space that you’re in.” – Kelly Rowland

3. “Being single is definitely better than being with the wrong person.” – Hassan Choughari

4. “Stay single until someone actually compliments your life in a way that it makes it better to not be single. If not, it’s not worth it.” – Anonymous

5. “Being single doesn’t make you weak, it means that you are strong enough to be on your own.” – Xavier Zayas

6. “Being single is getting over the illusion that there is somebody out there to complete you.” – Omkar Phatak

7. “Single is not a status. It is a word that best describes a person who is strong enough to live and enjoy life without depending on others.” – Anonymous

8. “If you are not happy being single, you will never be happy in a relationship. Get your own life first, then share it.” – Anonymous

9. “Being single doesn’t mean no one loves you. It just means that God is busy writing your love story.” – Anonymous

Meaningful Being Single Quotes to Learn From

10. “If you’re single, focus on being a better you instead of looking for someone better than your ex. A better you will attract a better next.” – Anonymous

11. “You don’t have to be part of a couple to be happy, you know.” – Phyllis Reynolds Naylor

12. “Being single doesn’t mean that you know nothing about love. Sometimes being solo is wiser than being in a false relationship.” – Anonymous

13. “If you really are going to be a happy single, you have to stop treating being single as the annoying time that you pass between relationships and embrace it. Rather than focusing on what you lack, focus on what you have—you.” – Natalie Lue

14. “There are some places in life where you can only go alone. Embrace the beauty of your solo journey.” – Mandy Hale

15. “Singleness isn’t an excuse to take a back seat on life but an opportunity to wholeheartedly pursue your own purpose.” – Michael Todd

16. “There is no need to rush. If something is meant to be, it’ll happen at the right time, with the right person, and for the best reason.” – Anonymous

17. “Too many women throw themselves into romance because they’re afraid of being single, then start making compromises and losing their identity. I won’t do that.” – Julie Delpy

Being Single Quotes That You Can Relate To

19. “I really enjoy being single again. I spent a lot of time in a relationship and the nearer we came to the end, the more difficult it got. You don’t see things clearly as long as you’re still involved.” – Dido Armstrong

20. “Every time I see a couple holding hands, or just plainly sitting together, I look away. It’s not that I hate seeing lovers. But because it reminds me of a question nobody can answer—‘Where’s mine?’” – Anonymous

21. “Being with no one is better than being with the wrong one. Sometimes those who fly solo have the strongest wings.” – Nitya Prakash

22. “When asked why I am single, my reply is simply I consider myself a black pearl rare in my authenticity, adding a mysterious beauty to the select few who can recognize and even fewer who appreciate my worth.” – Sanjo Jendayi

23. “Being single doesn’t necessarily mean you’re available. Sometimes you have to put up a sign that says, ‘Do Not Disturb’ on your heart.” – Wiz Khalifa

Short Being Single Quotes You Need to Read

26. “People would be a lot better off if they’d enjoy being single.” – Lewis Black

27. “I don’t need Prince Charming to have my own happy ending.” – Katy Perry

Being Single Quotes for Those Who Need Pick-Me-Ups

28. “Single lady, the man you want might not necessarily be the man you need.” – Martha Macharia

29. “You’re single not because you are not good enough for one, it’s that you’re too good for the wrong one.” – Chris Burkmenn

30. “You’ll meet someone soon. No one knows what’s around the corner.” – Carrie Adams

32. “‘Happily single’ is recognizing that you don’t need or want to be rescued from your life by a handsome prince because your life is pretty awesome, as is.” – Mandy Hale

33. “I love being single. I can come and go as I please and stay out as late as I want to.” – Eric Dickerson

34. “Single life can be very exciting and liberating, without any responsibilities to hold us back. Even though it is fun, it is also very lonely from time to time. When we get home and there is no one to ask us about our day, we remember why a good relationship is so valuable.” – Anonymous

35. “‘Single’ is an opportunity to live life on your own terms and not apologize.” – Mandy Hale

36. “Single is no longer a lack of options, but a choice—a choice to refuse to let your life be defined by your relationship status but to live every day happily and let your ever after work itself out.” – Mandy Hale

37. “Being single surprisingly comes with a lot of benefits. When we are single, we feel like being rich because we have plenty of time, energy, money, and freedom to make our lives interesting and exciting, without having to worry about someone else.” – Anonymous

39. “Single life is the best life until you get hit by lonely nights.” – Jonathan Burkett

Funny Being Single Quotes to Make You Laugh

40. “I’m not single. I’m not taken. I’m simply on reserve for the one who deserves my heart.” – Anonymous

44. “Single? No, I’m just in a relationship with freedom.” – Anonymous

45. “Yeah, I’m single, but you’re gonna have to be amazing to change that.” – Anonymous

46. “Being single is pretty good. It’s a nice sense of irresponsibility.” – Anonymous

More Quotes About Being Single

48. “Being single used to mean that nobody wanted you. Now it means you’re pretty sexy and you’re taking your time deciding how you want your life to be and who you want to spend it with.” – Carrie Bradshaw

49. “All single people are not really single. They all have untold stories behind the scenes.” – Ahmed Ali Anjum

50. “If you aren’t happy single, you won’t be happy taken. Happiness comes from within, not from men.” – Anonymous

What Do You Think of the Single Life?

Because of society’s standards, many people are pressured to find a significant other. It differs between cultures and countries, but usually, relationships and marriage are something they want to achieve. However, it’s worth noting that being single isn’t always a big hurdle or stumbling block.

In fact, the single life provides us with opportunities to reflect and grow, start better habits and routines, and have more time for platonic relationships. These things are all necessary for us to improve and make ourselves better individuals. Moreover, being single allows us to foster self-love, too.

Yes, having a partner is nice and has its benefits. But, remember that life is more than just romance. The world and the people around you have so much more to offer as well.

With that, we hope this list of being single quotes was able to enlighten you with its pros and cons. May the quotes in this collection remind you of other things in life you can look forward to.

Which quotes were most relevant to you? What new things did you learn in this list? Join the discussion below.