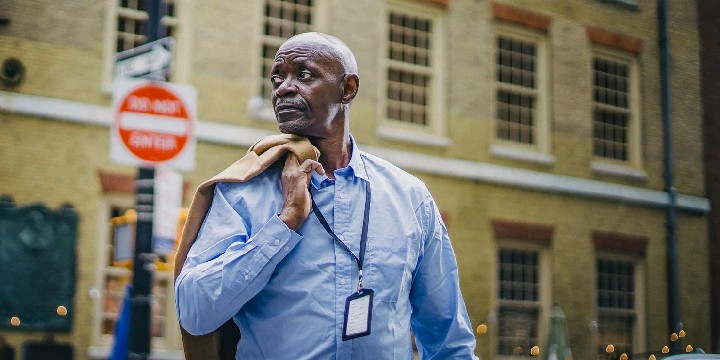 Awaken the brave and unbeatable spirit inside you by reading these strong man quotes.

Everyone knows the value of strength, but only some of us have the determination to improve it. People with that kind of willpower understand that it takes hard work to be a strong man.

They know that having strength is not given to you and instead is something that you actively make an effort to improve.

On top of that, it means that when you are continuously being knocked down by life, you have the resolve to never give up.

So, if you want to know more about what it means to be a strong man, then let these quotes enlighten you.

Our collection below will teach you about strength in relationships, careers, and life.

And don’t forget to check out these gentleman quotes and good man quotes.

1. “Strong men still smile and move forward even with many obstacles in life.” – Sophieya

2. “Strong men don’t compromise, it is said, and principles should never be compromised.” – Andrew Carnegie

4. “Better to be a strong man with a weak point than to be a weak man without a strong point. A diamond with a flaw is more valuable than a brick without a flaw.” – William J. H. Boetcker

7. “A strong man never loses his head in defeat or despondency.” – Aleksandr Solzhenitsyn

8. “Strong men can always afford to be gentle. Only the weak are intent on giving as good as they get.” – Elbert Hubbard

9. “The strong man is the man who can stand up for his rights and not hit back.” – Martin Luther King Jr.

10. “The strong man is strongest when alone.” – Friedrich Schiller

11. “The strong man is the one who is able to intercept at will the communication between the senses and the mind.” – Napoleon Bonaparte

12. “I’m a strong man, and usually, I get over hurts, and it makes me stronger when I come back.” – Dusty Baker

15. “I am a strong man. I am always looking forward, and this is my main thing.” – Abdoulaye Doucouré

18. “Shoes divide men into three classes. Some men wear their father’s shoes. They make no decisions of their own. Some are unthinkingly shod by the crowd. The strong man is his own cobbler. He insists on making his own choices. He walks in his own shoes.” – Samuel Dickey Gordon

Powerful Strong Man Quotes to Give You Strength

19. “A strong, successful man is not the victim of his environment. He creates favorable conditions. His own inherent force and energy compel things to turn out as he desires.” – Orison Swett Marden

20. “Strong men have sound ideas and the force to make these ideas effective.” – Andrew W. Mellon

21. “If you’re a strong man, you should not feel threatened by strong women.” – Barack Obama

22. “Anybody can be decisive during a panic. It takes a strong man to act during a boom.” – V.S. Naipaul

23. “The strongest people are not those who show strength in front of us, but those who win battles we know nothing about.” – Anonymous

24. “The strongest people are people who faced the toughest situations in life. People who are defeated by the toughest battles are stronger than those who have won by using the escape route!” – Israelmore Ayivor

Short Strong Man Quotes That Are Packed With Wisdom

27. “Fire is the test of gold. Adversity, of strong men.” – Lucius Annaeus Seneca

28. “It is the weak man who urges compromise, never the strong man.” – Elbert Hubbard

33. “A weak man in a corner is more dangerous than a strong man.” – Agatha Christie

35. “I believe that a strong man makes a strong country.” – Jair Bolsonaro

36. “It is a curious thing, watching a strong man fall to pieces.” – Jodi Picoult

38. “These are the days for strong men to courageously expose wrongs.” – Powell Clayton

Strong Man Quotes to Understand What Makes You Weak

39. “The difference between a strong man and a weak one is that the former does not give up after a defeat.” – Woodrow Wilson

40. “It is the characteristic excellence of the strong man that he can bring momentous issues to the fore and make a decision about them. The weak are always forced to decide between alternatives they have not chosen themselves.” – Dietrich Bonhoeffer

42. “A strong man cannot help a weaker unless the weaker is willing to be helped, and even then, the weak man must become strong of himself. He must, by his own efforts, develop the strength which he admires in another. None but himself can alter his condition.” – James Allen

43. “A weak man has doubts before a decision. A strong man has them afterward.” – Karl Kraus

44. “The strength of a man is in his character. A strong man is a great man of wisdom who understands his top priority is to his family.” – Ellen Barrier

45. “It takes a strong man to accept somebody else’s children and step up to the plate another man left on the table.” – Ray Johnson

46. “A true woman loves a strong man because she knows his weaknesses. She protects as much as she is protected.” – André Maurois

47. “A strong man doesn’t have to be dominant toward a woman. He doesn’t match his strength against a woman weak with love for him. He matches it against the world.” – Marilyn Monroe

49. “A strong man can handle a strong woman. A weak man will say she has an attitude problem.” – Anonymous

50. “On the left side of a strong woman stands a strong man. He is strengthened by her character.” – Ellen Barrier

51. “I think it takes a strong man to be in a relationship with a strong woman. A lot of people hear the word ‘diva’ and think of it as a negative. I see it as a positive. I want somebody who knows what they want out of life and isn’t afraid to show it.” – Nick Cannon

52. “No one can control his emotion of love for a woman, the sentiment he feels, I mean. But the strong man controls the demonstration.” – Elinor Glyn

Insightful Strong Man Quotes That You Should Read

53. “Man doesn’t have to look strong all the time, only when he needs to or has to be one. This is how the real strong man be and lives.” – Toba Beta

55. “A strong man who has known power all his life may lose respect for that power, but a weak man knows the value of strength.” – Jeffrey Archer

57. “What’s rare is to have a good, strong man, as opposed to a good, weak man. Those are the ones who ruin the world.” – Sara Raasch

More Strong Man Quotes for Everyone

59. “If we live truly, we shall see truly. It is as easy for the strong man to be strong as it is for the weak to be weak.” – Ralph Waldo Emerson

60. “And when a strong man is sweet, even goddesses look down from Mount Olympus.” – Anne Rice

What Are the Steps You Need to Take To Become a Strong Man?

People often believe that being a strong man is something innate inside you. They think it is a blessing given to some and a power only a few can have.

However, we must realize that being a strong man takes time and experience. You grow the strength inside you by facing multiple adversities in life with courage and determination. It means planting your feet on the ground, and standing firm no matter how many storms pass.

So, there is no doubt that the process you will go through just to be strong will never be easy. Every step will push you to your limits and make you feel weak. But, if you can go through that without giving up, you know you have incredible power to conquer anything.

Hopefully, these quotes were able to help you understand the essence of being a strong man. Keep working on yourself, and remember to always find inspiration when you think of giving up.