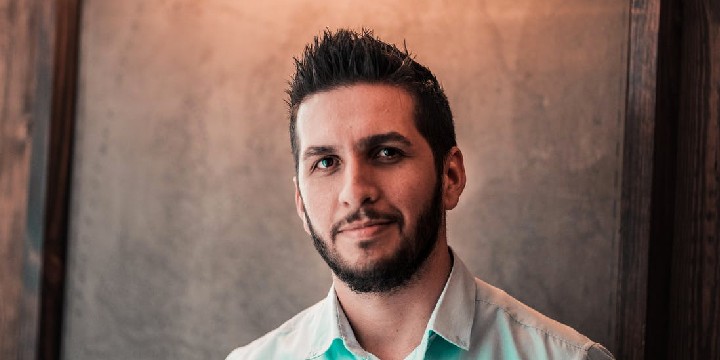 Be a selfless and compassionate person by reading these good man quotes.

Most of us may think the world faces a scarcity of good men. After all, some of our daily interactions with people can make us see everyone as cold and indifferent.

But, what we fail to realize is that goodness starts inside ourselves.

When we treat people with kindness, those actions will reach someone and spread to others, too.

After all, being a good man means inspiring others to do what is right and to be better.

So, if you want to start improving yourself, add this to your must-read list.

Keep reading our collection below to guide you on what being a good man really means.

And make sure to check out these gentleman quotes and strong man quotes.

2. “It is his nature, not his standing, that makes the good man.” – Publilius Syrus

3. “The first step to be a good man is this: you must deeply feel the burden of the stones someone else is carrying.” – Mehmet Murat İldan

4. “Good men are the stars, the planets of the ages wherein they live, and illustrate the times.” – Ben Jonson

5. “Waste no more time arguing about what a good man should be. Be one.” – Marcus Aurelius

6. “The heart of a good man is the sanctuary of God in this world.” – Suzanne Curchod

7. “The good news is that you can live that good life. The good life is the happy life. To live this good life, be happy! A truly happy man is a good man.” – Ogwo David Emenike

8. “So, being a good man is not an exam or a qualification. It changes, and it incorporates being a good friend, a good father, a good employee, a good boss, a good neighbor, and a good citizen.” – A.A. Gill

9. “A good man will never harm or oppress another. A good man will share his last morsel of food with others in need and die of hunger when he no longer has any food instead of cheat or steal from others to survive. Selflessness, humility, truthfulness—these are the three marks of an honorable man.” – Suzy Kassem

10. “The good man is the man who, no matter how morally unworthy he has been, is moving to become better.” – John Dewey

11. “A man does what he must, in spite of personal consequences, in spite of obstacles and dangers and pressures, and that is the basis of all human morality.” – John F. Kennedy

12. “A good man is kinder to his enemy than bad men are to their friends.” – Joseph Hall

15. “We are all ready to be savage in some cause. The difference between a good man and a bad one is the choice of the cause.” – William James

16. “Know you not that a good man does nothing for appearance sake, but for the sake of having done right.” – Epictetus

17. “A good man’s prayers will from the deepest dungeon climb heaven’s height, and bring a blessing down.” – Joanna Baillie

18. “Nothing deters a good man from doing what is honorable.” – Lucius Annaeus Seneca

19. “It takes a mighty good man to be better than no man at all.” – Dixie Carter

20. “A good man shares his knowledge selflessly with everyone.” – Eraldo Banovac

21. “It is the task of a good man to help those in misfortune.” – Sophocles

22. “A good man would prefer to be defeated than to defeat injustice by evil means.” – Sallust

25. “No evil can happen to a good man either in life or after death.” – Plato

26. “The good man is the friend of all living things.” – Mahatma Gandhi

28. “The reward of the good man is to be allowed to worship in truth.” – Søren Kierkegaard

29. “The life of a good man was a continual warfare with his passions.” – Samuel Richardson

Good Man Quotes to Enlighten Your Mind and Spirit

32. “Every good man progressively becomes God. To become God, to be man, and to educate oneself, are expressions that are synonymous.” – Karl Wilhelm Friedrich Schlegel

33. “Though in the order of nature angels rank above men, yet, by the scale of justice, good men are of greater value than bad angels.” – Augustine of Hippo

34. “Death and love are the two wings that bear the good man to heaven.” – Michelangelo

Insightful Good Man Quotes That Everyone Should Read

35. “Try to live the life of the good man who is more than content with what is allocated to him.” – Marcus Aurelius

36. “Adversity toughens manhood, and the characteristic of the good or the great man is not that he has been exempt from the evils of life, but that he has surmounted them.” – Patrick Henry

37. “Good men have the fewest fears. He has but one great fear, who fears to do wrong, he has a thousand who has overcome it.” – Christian Nestell Bovee

41. “A good man does not spy around for the black spots in others, but presses unswervingly on towards his mark.” – Marcus Aurelius

42. “The life of a good man is at the same time the most eloquent lesson of virtue and the most severe reproof of vice.” – Samuel Smiles

43. “A good man and a wise man may at times be angry with the world, at times grieved for it, but be sure no man was ever discontented with the world who did his duty in it.” – Robert Southey

44. “A good man will not lie, although it be for his profit.” – Marcus Tullius Cicero

45. “It cannot, indeed, be denied, that a good man is more worthy of love than a bad one.” – Martin Luther

46. “Trying to learn to be a good man is like learning to play tennis against a wall. You are only a good man—a competent, capable, interesting, and lovable man, when you’re doing it for or with other people.” – A. A. Gill

47. “The work an unknown good man has done is like a vein of water flowing hidden underground, secretly making the ground green.” – Thomas Carlyle

49. “Good men are not those who now and then do a good act, but men who join one good act to another.” – Henry Ward Beecher

50. “You may depend upon it that he is a good man whose intimate friends are all good, and whose enemies are decidedly bad.” – Johann Kaspar Lavater

51. “It is part of a good man to do great and noble deeds, though he risks everything.” – Plutarch

52. “A good man can be stupid and still be good. But a bad man must have brains.” – Maxim Gorky

53. “The times are never so bad but that a good man can make the shift to live in them.” – Thomas More

54. “The good man does not grieve that other people do not recognize his merits. His only anxiety is lest he should fail to recognize theirs.” – Confucius

55. “A good man, though he will value his own countrymen, yet will think highly of the worthy men of every nation under the sun.” – Samuel Richardson

57. “The greatness of a man is not in how much wealth he acquires, but in his integrity and his ability to affect those around him positively.” – Bob Marley

58. “There is no better proof of a man’s being truly good than his desiring to be constantly under the observation of good men.” – François de La Rochefoucauld

59. “Compassion for animals is intimately associated with goodness of character, and it may be confidently asserted that he who is cruel to animals cannot be a good man.” – Arthur Schopenhauer

60. “One can know a man from his laugh, and if you like a man’s laugh before you know anything of him, you may confidently say that he is a good man.” – Fyodor Dostoevsky

61. “Good men who exercise power are really the most fascinating of all people.” – John Keegan

62. “A good man will want you to shine. He wants you to be your amazing self. A good man loves to show off his happy, intelligent, amazing, powerful woman.” – Anastasia Netri

63. “There are good men out there. There are guys who have their priorities straight, who take care of their kids, who respect their mothers.” – Pepa

64. “A good boyfriend loves his girl with all his heart. He isn’t afraid to point to his girl in front of his friends and say, ‘That’s my baby.'” – Anonymous

Other Good Man Quotes for Your Inquisitive Mind

66. “I have believed the best of every man and find that to believe is enough to make a bad man show him at his best, or even a good man swings his lantern higher.” – William Butler Yeats

68. “It takes a great man to be a good listener.” – Calvin Coolidge

69. “In the face of inhumanity, a good man reacts, but a great one acts.” – James Rollins

What Made You Want to Be a Good Man?

Putting other people before ourselves is what being a good man means. It is hard to do because it entails unlearning our natural instinct as humans to be selfish and greedy. The need for survival is hardwired inside our brains, so it is not surprising that being kind can be challenging.

But, no matter how difficult it is to be a good man, it doesn’t compare to how fulfilling it is to live with kindness in your heart. Changing our actions does not only improve us but also makes the world a better place for everyone. If we start now, soon, we can build a world where each of us is looking out for each other.

We can begin the process of being a good man by recognizing that there are things we need to unlearn. We all have weaknesses and flaws that can be improved on, and it’ll be difficult to change things overnight. It will be challenging, but we must recognize that small progress is still progress; it’ll eventually lead to a better you.

Hopefully, these good man quotes were able to inspire you to continue trying to be a better person. Remember that changing ourselves is not a task that can be done overnight, so don’t be discouraged and make it a life mission to be a good man!