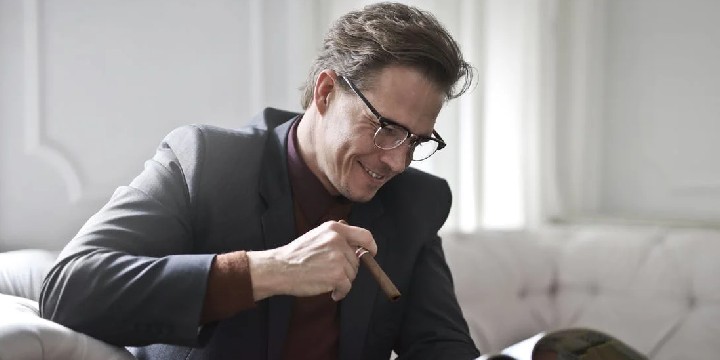 If you think chivalry is dead, read this list of gentleman quotes to change your perspective!

Today, we live in a society where the term “gentleman” is rarely used. In fact, many of those who consider themselves gentlemen might not even know what it means to be one.

A gentleman is a man who has good manners, behaves well, and respects others.

In the 16th century, possessing gentlemanly qualities became a goal for every man. At that time, men were polite, caring, kind, and understanding.

Sadly, today, few people can be considered gentlemen. So, to serve as an eye-opener for all the men out there, check out this collection.

The quotes in this list will surely show you the essence of being a gentleman in our society today!

And don’t forget to check out these strong man quotes and good man quotes.

1. “A gentleman knows his actions carry more weight than any words spoken.” – Anonymous

2. “A gentleman is one who puts more into the world than he takes out.” – George Bernard Shaw

3. “A gentleman is one who never hurts anyone’s feelings unintentionally.” – Oscar Wilde

4. “A gentleman would be ashamed should his deeds not match his words.” – Confucius

5. “It is almost a definition of a gentleman to say that he is one who never inflicts pain.” – John Henry Newman

6. “A gentleman is someone who does not what he wants to do, but what he should do.” – Haruki Murakami

7. “A gentleman offers a helping hand so others can fly.” – Anonymous

8. “A gentleman will not insult me, and no man, not a gentleman, can insult me.” – Frederick Douglass

9. “A real gentleman will apologize after a fight, even if he’s not wrong.” – Anonymous

10. “Whether the gentleman is capable or not, he is loved all the same; conversely, the petty man is loathed all the same.” – Xun Kuang

Gentleman Quotes to Show the Characteristics of a Respectful Man

11. “Thoughtfulness for others, generosity, modesty, and self-respect are the qualities which make a real gentleman.” – Thomas Henry Huxley

12. “A gentleman has his eyes on all those present; he is tender toward the bashful, gentle toward the distant, and merciful toward the absent.” – Lawrence Lovasik

13. “If the gentleman has the ability, he is magnanimous, generous, tolerant, and straightforward, through which he opens the way to instruct others.” – Xun Kuang

14. “I think a gentleman is someone who holds the comfort of other people above their own. The instinct to do that is inside every good man, I believe.” – Anna Kendrick

15. “I was brought up to be a gentleman. That means you know how to walk, talk, and dress the part.” – Brian McKnight

17. “A gentleman, I hope it will become clear, is not simply a man who stands apart. He is a man who stands up for others—sometimes even for his enemies—often when those others have no clue that he is there for them.” – Brad Miner

18. “What is a gentleman? It is to be honest, to be gentle, to be generous, to be brave, to be wise, and possessed of all these qualities to exercise them in the most graceful manner.” – William Makepeace Thackeray

19. “I am a gentleman. My natural inclination is to be on my best behavior.” – Joe Wilson

20. “A gentleman by definition is a man who makes everyone around him feel comfortable. Arrogance, who only thinks of himself without considering the needs of others, is the opposite of a gentleman. They can both be wealthy, they don’t have to be, but they cannot both be gentlemen.” – Oliver Oyanadel

21. “A true gentleman is one that apologizes anyways, even though he has not offended a lady intentionally. He is in a class all of his own because he knows the value of a woman’s heart.” – Shannon Alder

24. “A gentleman attracts the attention of many, but only has eyes for his own lady.” – Anonymous

25. “A gentleman knows when to call her sexy, and when to let her know she’s beautiful.” – Anonymous

26. “No gentleman ever discusses any relationship with a lady.” – Keith Miller

27. “The very first thing you learn if you’re a gentleman is that you never compare one woman to another. That’s the way of all death.” – Patrick Macnee

28. “He’d often ignored his uncle’s teachings about gentlemanly behavior, but one stricture he’d always abided by no man worth his salt took advantage of a woman.” – Sabrina Jeffries

29. “For me, the best thing you can do as a man in loving someone is to do your best, go on that walk, and at the end of that walk be as much of a gentleman as you were in the beginning.” – Ryan Adams

30. “Being a gentleman is not about impressing women. It’s the pursuit to become a better man.” – Anonymous

Gentleman Quotes That’ll Help You Grow as a Person

31. “Being a gentleman is a lifestyle. You must live it, not just simply act like one when needed.” – Anonymous

33. “The true gentleman is subtly poised between an inner tact and an outer defense.” – Puzant Kevork Thomajan

34. “You will be judged by what you succeed at, gentlemen, not by what you attempt.” – Clement Attlee

35. “Profaneness is a brutal vice. He who indulges in it is no gentleman.” – Edwin Hubbel Chapin

Gentleman Quotes for All the Men in the World

37. “Anyone can be heroic from time to time, but a gentleman is something you have to be all the time.” – Luigi Pirandello

40. “A gentleman is made, not born—and made only through a process of painful self-reflection and discovery.” – Anonymous

41. “We sometimes meet an original gentleman, who, if manners had not existed, would have invented them.” – Ralph Waldo Emerson

42. “Being a gentleman by birth certainly did not make one worthy of the name. Indeed, far too often it seemed to make one the opposite, by promising a man insulation from the consequences of sin.” – Roseanna M. White

43. “A gentleman is simply a patient wolf.” – Lana Turner

44. “A true gentleman is one who is never unintentionally rude.” – Oscar Wilde

47. “Being a gentleman is a worthy goal.” – Orlando Bloom

Gentleman Quotes to Think About

48. “The look of a gentleman is little else than the reflection of the looks of the world.” – William Hazlitt

49. “A gentleman goes in search of flattery as keenly as a bee hunts for pollen.” – Kevin Ansbro

50. “The word of a gentleman is as good as his bond and sometimes better.” – Charles Dickens

51. “Prayer gives a man the opportunity of getting to know a gentleman he hardly ever meets. I do not mean his maker, but himself.” – William Inge

52. “The gentleman is dignified but not arrogant. The small man is arrogant but not dignified.” – Confucius

53. “The only infallible rule we know is that the man who is always talking about being a gentleman never is one.” – Robert Smith Surtees

54. “If we must have a tyrant, let him at least be a gentleman who has been bred to the business, and let us fall by the ax and not by the butcher’s cleaver.” – Lord Byron

56. “With a gentleman, I am always a gentleman and a half, and with a fraud, I try to be a fraud and a half.” – Otto von Bismarck

57. “A gentleman is never rude except on purpose—I can honestly be nasty sober, believe me.” – Christopher Hitchens

58. “This is the final test of a gentleman: his respect for those who can be of no possible service to him.” – William Lyon Phelps

59. “I’m a gentleman if nothing else. It’s taken me years to become one, but finally, I have a sense of propriety.” – Eric Stoltz

60. “A gentleman’s name should appear in the newspaper only three times: when he’s born, when he marries, and when he dies.” – Harry Hart

Do You Think That Being a Gentleman Is Needed in Today’s Society?

So, it doesn’t matter whether you’re an ordinary man, a cleaner, or a CEO of a company; any man can be a gentleman. If you think it’s vital in today’s society, then be one. In this way, you’ll gain respect from others and move through life more confidently.

With that, we hope this list of gentleman quotes was able to open your eyes to the qualities you need to become one. Always remember the important lessons you got from this collection. Don’t forget to put them into practice and show the world the type of man you are!