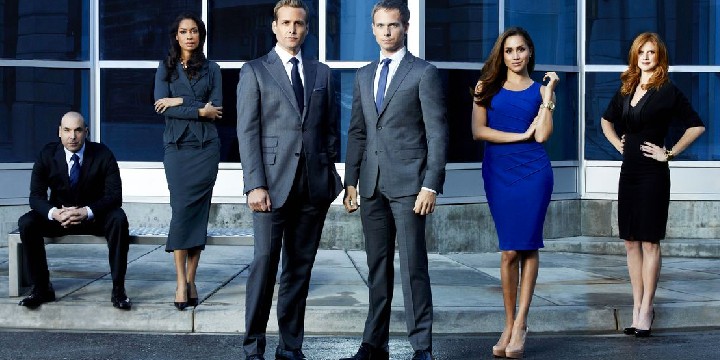 This compilation of Suits quotes will gear you up with the practical professional skills you need to succeed.

Suits is a legal drama series that will keep you on the edge of your seat by teaching you practical things about the corporate world and reality. It may be a law-related drama, but it never fails to cover relatable aspects of life such as family, love, and friendship.

Aside from the pearls of wisdom that characters like Harvey Specter share, there are also many hilarious interactions between the other characters that you will surely enjoy. So, what are you waiting for? Make sure you don’t miss out on the wisest and most iconic Suits quotes in this list!

And check out these Harvey Specter quotes and Mad Men quotes.

5. “If they think you care, they’ll walk all over you.” – Harvey Specter

6. “When you work with tigers, once in a while they are going to take a swipe at you.” – Jessica Pearson

8. “Sometimes bitter memories become bittersweet when you share them with a friend.” – Donna Paulsen

9. “When you are backed against the wall, break the goddamn thing down.” – Harvey Specter

12. “That’s the difference between you and me. You wanna lose small, I wanna win big.” – Harvey Specter

14. “There’s something wrong with your character if opportunity controls your loyalty.” – Harvey Specter

15. “Sometimes I like to hang out with the people that aren’t that bright. You know, just to see how the other half lives.” – Mike Ross

17. “I am sorry I don’t have a photographic memory, but my brain is too busy being awesome.” – Donna Paulsen

19. “Never give up on something that you can’t go a day without thinking about.” – Harvey Specter

20. “Focus on making yourself better. Not on thinking that you are better.” – Harvey Specter

21. “You’re never going to win big if you’re only going to minimize your losses.” – Harvey Specter

22. “First impressions last. You start behind the eight ball, you’ll never get in front.” – Harvey Specter

24. “It’s going to happen because I am going to make it happen.” – Harvey Specter

25. “Winners don’t make excuses when the other side plays the game.” – Harvey Specter

Wise Suits Quotes to Live By

26. “You want to change your life? Change the way you think.” – Harvey Specter

28. “Win a no-win situation by rewriting the rules.” – Harvey Specter

31. “Have goals so big you get uncomfortable telling small-minded people.” – Harvey Specter

33. “You don’t have to have it all figured out before you move forward. Just take the first step.” – Harvey Specter

37. “Work until you no longer have to introduce yourself.” – Harvey Specter

Powerful Suits Quotes That’ll Have Great Impact on Our Mindsets

39. “Loyalty is a two-way street. If I’m asking for it from you, then you’re getting it from me.” – Harvey Specter

40. “According to me is the only ‘according to’ that matters.” – Harvey Specter

41. “We already know what we need to do. We just have to hear it from someone else.” – Paula Agard

42. “Let them hate. Just make sure they spell your name right.” – Harvey Specter

43. “If someone puts a gun against your head either you pull out a bigger one or you call their bluff or you can do 146 other things out there.” – Harvey Specter

45. “Kill them with success. Bury them with a smile.” – Harvey Specter

47. “Ever loved someone so much, you would do anything for them? Yeah, well make that someone yourself and do whatever the hell you want.” – Harvey Specter

48. “You mean more to me than anything in the world and I need you to believe me.” – Rachel Zane

49. “I’m against having emotions, not against using them.” – Harvey Specter

50. “I think caring is a weak character. To not care is to be free of caring, to be indifferent, and in that state, nothing holds power over you. In my opinion, you shouldn’t care, but you shall still be kind and give to others.” – Harvey Specter

Did These Quotes Inspire You to Be a Winner in Life?

There are countless life lessons Suits imparts to its audience. And, with more than 100 episodes, we’re sure you were able to notice at least one of them too.

Though formally a legal drama series, more than the law, we get to see how great of a mentor Harvey Specter is to Mike Ross. Their friendship is the heart and soul of Suits, and through both of them, we learn about open-mindedness, resilience, and hard work.

With Suits, we learn that there’s no easy way toward success. It requires a lot of hard work, passion for your craft, and a strong dedication to keep on pursuing the goals you set to achieve. Challenge yourself and keep your mind open to new opportunities.

Remember that it is through these things that we can really achieve success. No matter what field we’re in, these lessons from Suits are important to keep in mind. So, whenever you need to refresh your mind and motivate yourself, feel free to reread our collection!

Which of these Suits quotes inspired you to pursue your goals in life? Are you ready to pave your way to success? Share your thoughts below!