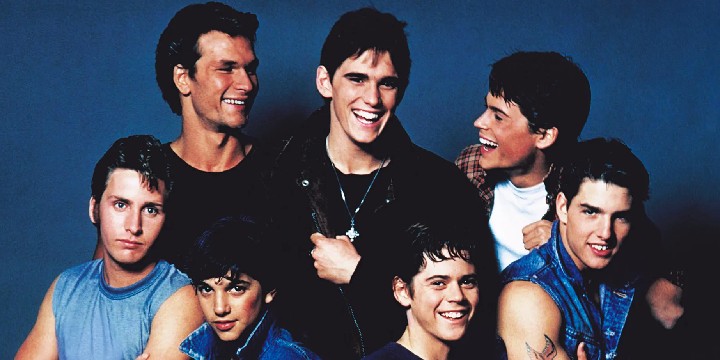 We’ve collected the best The Outsiders quotes to give you insights on friends, identity, and different perspectives on life.

The Outsiders, released in 1983, was an adaptation of S.E. Hinton’s novel of the same title. Its central plot aims to give its viewers a view of the reality of society through the characters’ roles and identities.

To do this, they focused on two weeks of Ponyboy Curtis’s life and his involvement with the Greasers and the Socs. These two groups were in constant conflict, and their relationship was already delicate. But, everything worsened when Ponyboy got involved in a brawl leading to someone’s death.

Given the nature of the movie, it’s a given that there will be some violence and profanities. But, beyond these, The Outsiders gives us a lot of moral lessons through Ponyboy’s experiences and realizations.

There is still so much more that we will get from this movie. So, read this list we’ve compiled for you, and list down the lessons you’ll get at the end!

And don’t miss out these Bring It On quotes and Heathers quotes.

2. “Hate to tell you this, buddy, but you have to wear clothes to work. There’s a law or something.” – Steve Randle

3. “They used to be buddies, I thought, they used to be friends, and now they hate each other because one has to work for a living and the other comes from the West side.” – Ponyboy Curtis

4. “You can’t win. You know that, don’t you? It doesn’t matter if you whip us, you’ll still be where you were before, at the bottom.” – Randy Anderson

Jerry Wood: “I’m smoking, but I’m older than you are.”

7. “I used to talk about killing myself all the time, man. But I don’t wanna die now. It ain’t long enough. Sixteen years ain’t gonna be long enough.” – Johnny Cade

8. “It’s just like sometimes I have to get out. It’s like I’m the middle man in a tug-of-war or something between you guys. I don’t know, I can’t take sides.” – Sodappop Curtis

9. Johnny Cade: “It’s like the mist is what’s pretty, ya know? All gold and silver—too bad it can’t stay like that all the time.”

Ponyboy Curtis: “Nothing gold can stay.”

The Outsiders Quotes to Better Understand the Characters

11. “I’d rather have anybody’s hate than their pity.” – Ponyboy Curtis

12. “You’re a traitor to your own kind and not loyal to us.” – Ponyboy Curtis

13. “Why do you bother helping people, huh? It doesn’t do any good.” – Dallas Winston

14. “Ponyboy, I asked the nurse to give you this book so you could finish it. The doctor came in a while ago, but I already knew it anyway. I keep getting tireder and tireder. Listen, I don’t mind dying now. It was worth it. It was worth saving those kids. Their lives are worth more than mine; they have more to live for. Some of the parents came by to thank me, and I knew it was worth it. Tell Dally it was worth it. I’m just gonna miss you guys. I’ve been thinking about it, and that poem, that guy that wrote it, he meant you are gold when you’re a kid, like green. When you’re a kid, everything is new, dawn. It’s just—just when you get used to everything, it’s day. Like the way you dig sunsets, Pony. That’s gold. Keep it that way, it’s a good way to be. I want you to tell Dally to look at one. He’ll probably think you’re crazy but ask for me. I don’t think he’s ever really seen a sunset. And don’t be bugged over being a greaser. You still have a lot of time to make yourself be what you want. There’s still a lot of good in the world. Tell Dally. I don’t think he knows. Your buddy, Johnny.” – Johnny Cade

The Outsiders Quotes to Make You Smile

15. Steve Randle: “What do you think, man? You think it makes me look tough?”

Sodapop Curtis: “I think it makes you look different.”

Sodapop Curtis: “Well, you got a hole in your mouth.”

16. “Robert Frost wrote it. I always remembered it because I never quite knew what he meant.” – Ponyboy Curtis

Sodapop Curtis: “Why don’t you focus on girls and cars? Works for me.”

Sodapop Curtis: “Most of the time—it’s really nice.”

The Outsiders Quotes That Will Pique Your Interest

19. “It’s not just money. Part of it is, but not all. You, Greasers, have a different set of values. You’re more emotional. We’re sophisticated—cool to the point of not feeling anything. Nothing is real with us.” – Cherry Valance

20. “Greasers will still be Greasers, and Socs will still be Socs. Sometimes I think it’s the ones in the middle that are really the lucky stiffs.” – Randy Anderson

Ponyboy Curtis: “You know what a Soc is?”

22. Ponyboy Curtis: “Darry hit me! I swear, we used to get along just fine until Mom and Dad died. Now he can’t stand me.”

Johnny Cade: “I think I like it better when the old man’s hittin’ me. At least he knows I’m there.”

The Outsiders Quotes for You to Reflect On

23. “And when you ain’t got nothing, you end up like Dallas—and I don’t mean dead. I mean the way he was before.” – Sodapop Curtis

24. Darrel Curtis: “Listen, with your brains and grades, you could get a scholarship, and we could put you through college, ain’t that right, Soda? But you’re livin’ in a vacuum, Pony, and you’re gonna have to cut it out. You just don’t stop living because you lose somebody. I thought you knew that. And anytime you don’t like the way I’m running things around here, you can just get out, all right?”

Ponyboy Curtis: “You’d like that, wouldn’t you?! You’d like me to just get the hell out! Well, it’s not that easy, is it, Soda?”

25. “It’s not money, it’s feeling. You don’t feel anything, and we feel too violently.” – Ponyboy Curtis

The Outsiders Quotes for Those Looking for Some Action

27. Jerry Wood: “You guys are three of the bravest kids I’ve seen in a long time. What are you guys? Professional heroes or something?”

29. “You take up for your buddies no matter what they do. When you’re in a gang, you stick up for the members.” – Johnny Cade

31. “Johnny, I ain’t mad at you. I just don’t want you to get hurt. You don’t know what a few months in jail can do to you. Oh, blast it, Johnny—you get hardened in jail. I don’t want that to happen to you. Like it happened to me.” – Dallas Winston

More The Outsiders Quotes for Fans of the Movie

32. “I never noticed colors or clouds and stuff until you keep reminding me about them. It’s almost like they weren’t there before.” – Johnny Cade

33. “When I stepped out, into the bright sunlight from the darkness of the movie house, I had only two things on my mind: Paul Newman and a ride home.” – Ponyboy Curtis

34. “Are you a real redhead? Are you real? How can I find out if this is your real red hair? If this is the same red hair you have on your, uh, your, your, these eyebrows.” – Dallas Winston

Dallas Winston: “Why didn’t you bring a coat, stupid?”

How Did These Quotes Influence the Way You View Life, Society, and Your Friendships?

A lot of people say that life imitates art. This is exactly what The Outsiders did. It focused on how different social classes interact, how important friends are, and how essential it is to build your own sense of morality.

Differences in social classes, opinions, and beliefs will always exist in this world. As shown in the movie, there will be many times when these differences conflict and contradict each other. But, despite all these, we must remember that we’re all human; power and wealth are just outside factors and what matters is what’s inside us.

Another great lesson from The Outsiders is the importance of having true friends. In life, we’ll encounter a lot of suffering, sometimes leading us to make bad decisions. But, with the help of our friends, there will still be some hope that we’ll find the light at the end of the tunnel.

Lastly, the movie also makes us question our moral compass. How do we discern whether our actions and choices are right or wrong? As Ponyboy and the rest of the characters realize, this will be a tricky question to answer, so it’s important to always consider the consequences before jumping on anything.

With that, we hope we were able to give you a better understanding of Ponyboy Curtis, the Greasers, and the Socs through this list of quotes. Every movie has its own moral, but let The Outsiders give you some wisdom to live by!