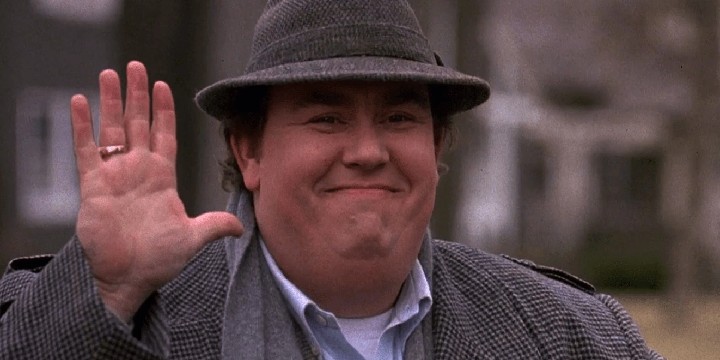 Here’s a list of some great Uncle Buck quotes that’ll guide you every step of the way as you navigate through life!

Uncle Buck is a 1989 comedy movie that brings laughter and warmth through the protagonist, Buck Russell. In the plot, Cindy and Bob Russell had to leave town due to a sudden emergency. Buck Russell, Bob’s immature brother, was left with no choice but to babysit his three nieces.

Taking care of his brother’s children was not easy for him. He quickly wins over the two younger ones, but the rebellious teenager, Tia, makes his world turn around. He encounters many challenges while babysitting his nieces, but he never gives up, leading him to become more mature and responsible.

This movie may be entertaining, but expect you’ll also love each character and empathize with their struggles. So, if you want to read some of the most iconic lines from Uncle Buck, check this collection out!

And make sure to read these Coming to America quotes and The Great Outdoors quotes.

Maizy Russell: “With a passion.”

2. Maizy Russell’s Teacher: “Does anybody have a special story to tell the class about something that happened this week? Maizy?”

Maizy Russell: “My uncle was microwaving our socks, and the dog threw up on the couch for an hour.”

3. “This is such a wonderful dinner, Mother. How do you find the time?” – Tia Russell

4. Miles Russell: “You have much more hair in your nose than my dad.”

Buck Russell: “How nice of you to notice.”

Maizy Russell: “Shut up, yourself!”

Tia Russell: “We need boys, so they can grow up, get married, and turn into shadows.”

8. “Well, well, well, they certainly are scraping the bottom of the barrel for cheerleaders these days.” – Buck Russell

9. “Do you have any idea how embarrassing this is? You driving me up to my school where everyone can see you? I can’t believe I’m related to you.” – Tia Russell

10. “You know, I have a friend who works at the crime lab at the police station. I could give him your toothbrush, and he could run a test on it. To see if you actually brushed your teeth or just ran your toothbrush under the faucet.” – Buck Russell

11. “If you think this is big, wait until you see the toast. I couldn’t even get it through the door.” – Buck Russell

12. “By the way, I want to apologize for last year at your old house about those bushes. I had no idea they all would catch on fire like that. You were right; I should never have put the barbecue grill that close.” – Buck Russell

14. “Hey, Mom. Next time you take off in the middle of the night, why don’t you hire a murderer to watch the house?” – Tia Russell

16. “I don’t think I want to know a six-year-old who isn’t a dreamer or a silly heart. And I sure don’t want to know one who takes their student career seriously. I don’t have a college degree. I don’t even have a job. But I know a good kid when I see one. Because they’re all good kids until dried-out, brain-dead skags like you drag them down and convince them they’re no good. You so much as scowl at my niece or any other kid in this school, and I hear about it, and I’m coming looking for you! Take this quarter, go downtown, and have a rat gnaw that thing off your face! Good day to you, madam.” – Buck Russell

Maizy Russell: “We don’t have a cat.”

18. Buck Russell: “We’ve done the battle of the wills. The deck’s stacked in my favor. You’re just gonna lose again.”

Buck Russell: “How would you like to spend the next several nights wondering if your crazy, out-of-work, bum uncle will shave your head while you sleep? See you in the car.”

Uncle Buck Quotes That Are Packed With Wisdom

21. “When I was his age, I was a guy zooming girls like you. Pretty face, good chip on your shoulder.” – Buck Russell

23. Buck Russell: “You know there’s uh, one family charity case who loves you very much.”

Buck Russell: “Hey, come on. Nothing to be sorry about. I’m just glad I got a chance to know you again.”

24. “But you know, the clock is ticking away here. I would just like to hear the pitter-patter of tiny feet before I die.” – Chanice Kobolowski

25. Tia Russell: “Now that everything’s okay with my grandfather, I want to go out tomorrow night.”

Buck Russell: “You can go crazy after I leave. Until then, I’m not letting you out.”

26. Buck Russell: “What time do you want me to pick you up after school?”

Tia Russell: “Don’t bother! I’ll get a ride with friends.”

Buck Russell: “No, I have my orders. What time?”

Tia Russell: “Are you really this stupid? I said I would get a ride. I always get a ride.”

Tia Russell: “Go ahead, call the school. I won’t be here.”

Buck Russell: “Stand me up today, and tomorrow I’ll drive you to school in my robe and pajamas and walk you to your first class. Four o’clock, okay?”

Buck Russell: “You gnaw on her face in public like that again, and you’ll be one. Ah, heh heh heh heh!”

Cindy Russell: “How many times do you think?”

Cindy Russell: “He eats once a day.”

Tia Russell: “You could have taken his head off!”

Buck Russell: “Yeah, but would he notice?”

30. “A lot of people hate this hat. It angers a lot of people, just the sight of it. Ah, I’ll tell you a story about that on the way to school.” – Buck Russell

32. “Here’s where we separate the men from the boys.” – Buck Russell

33. “That’s a pretty stupid thing to do during Flu season!” – Miles Russell

35. “You always kick me around; I’m an American, and I have rights.” – Miles Russell

Did This Collection Inspire You to Become a Better Version of Yourself?

Though it might seem contradictory, growing up also entails being immature. After all, we learn more about life and our actions’ consequences through our naive and immature moments. These experiences then become our foundation for becoming better individuals.

In the movie, we see how Buck Russell and Tia come into conflict. But, after all the complex and confusing situations they’ve been through, they also grew and matured. Their struggles led them to realize many things that’ll help them change for the better.

So, if you want to bring out the best version of yourself, this movie is definitely a must-watch! Through Uncle Buck, we learn that if you don’t actively choose to grow up, you risk being an immature and irresponsible person forever.

Your parents, friends, and the people around you can guide you every step of the way, but they can only go so far. No one can’t help you if your own self has no will to grow.

Hopefully, this collection was able to give you insights on maturity, growth, and development. Growing older is inevitable, so you need to chase self-growth to balance your life!