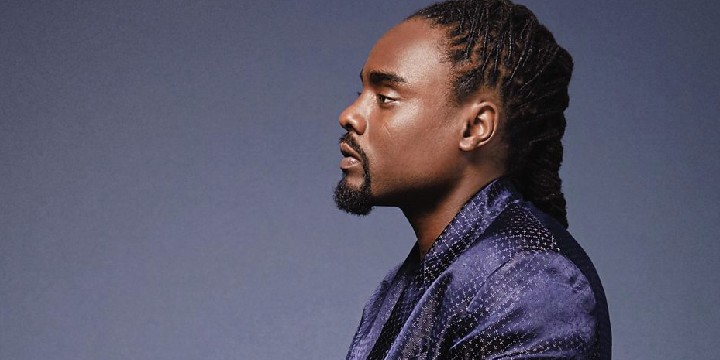 These top 60 Wale quotes will inspire you to keep working for your dreams no matter how hard life is.

Olubowale Victor Akintimehin, famously known as Wale, is an American rapper and songwriter who grew up in Maryland. He began his career in 2005, releasing his first track titled Rhyme of the Century.

As an artist and colleague, Wale can be seen as a happy and positive person. But, his life was never only sunshine and rainbows. Aside from his meaningful music, the rapper’s struggles in life are sure to inspire and motivate people, so be sure you read through these quotes we’ve gathered for you!

Read the complete collection below to find out more.

And don’t forget to check out these Joyner Lucas quotes and J. Cole quotes.

2. “May the optimism of tomorrow be your foundation for today.”

4. “Every artist is supposed to get emotional. You’re painting pictures of emotions.”

5. “My job is to inspire the people, to be on top of my game, and push my culture forward.”

6. “Failure is not an option. Success is just a process.”

8. “The ability to make somebody feel something, that’s art. However you look at it, whether you’re an author, a painter, a singer, a rapper, a spoken-word artist—art.”

9. “I can take an opinion, but I don’t like when you try and spew hate and contaminate the way other people think. I feel like I’m one of the people that’s always made music for the common man. That’s why I don’t really live my life the way I could. I don’t stunt as much as I could stunt, ’cause that’s not who my music is for.”

10. “There are certain things that can be asked that get me excited. It’s never a thing where I think I’m too good. I’m just the type of person who likes to be enlightened. I don’t like to go through the motions.”

11. “Ambition is priceless. It’s something that’s in your veins.”

12. “Initially, I felt like my duty was to just keep it positive and be positive, and sometimes, I crack in that. We’re human. I’m imperfect at times, and that was just me being imperfect at that one point.”

13. “I never had money. I like nice things, but I don’t let that run my life. At the same time, I have to let something drive me, so now I let the money drive me.”

16. “The first thing that’s important is to really have people believe in you. If you have that, you can do anything.”

17. “They gon’ love you a little different when you at the top.”

18. “The loudest person in the room is usually the brokest.”

20. “I don’t wanna sound pretentious talking about myself.”

21. “I’m fortunate enough to be living my dreams and a lot of other peoples’ dreams.”

22. “My life is better than a lot of people I know. I’m definitely happy about that.”

25. “I’m insecure about things. I’m not afraid to say it, though. Even when my publicist is like, ‘Go on the red carpet,’ I don’t wanna go.”

Wale Quotes That Zoom in on Love

27. “Rather lose love than to move on, never knowing what it felt like.”

29. “All I’m saying is like, spoil me with your consistency. Always remain the same you, and you won’t have to worry about a different me.”

34. “I’m a Black man in the United States of America, so I always feel like there’s a target on me.”

Wale Quotes That Highlight His Views on Relationships

37. “I dated all these girls and ended up not liking them, and thought to myself, ‘What was it that all of them had in common?’ They had too much time on their hands. Even though they were pretty, they lacked something. A woman could be less attractive, but with ambition and drive, that’s the most beautiful thing.”

38. “I dated a lot, but I never really had anyone who was worthy of an anniversary. And most girlfriends never made it to a year anyway.”

40. “I’ve seen all types of women. Celebrity girls I’ve dated and regular nine to five girls. I’ve had shows where married women have tried to follow me to my hotel. My perception of women isn’t very ignorant because I’ve seen a lot.”

Wise Wale Quotes That Will Teach You About Music and Passion

41. “I take a lot of pride in my live show and put more energy there than I do in the studio.”

42. “I hope everybody thinks they’ve got the best album. I wouldn’t have put mine out if I didn’t think it was the best.”

43. “I feel like I’m one of the more creative artists in the game. I think I’m going to be here for a while.”

45. “I just wanna affect the culture and wanna be able to support young people with goals that aren’t just limited to rapping and producing.”

46. “I come from a place, with all due respect, who’s never had a music star in hip hop. So the odds are already against me.”

47. “One thing Jay-Z told me that always sticks with me is that the album is never how you viewed it to be.”

48. “As much as I don’t want to admit it, my fans are the only ones that can hurt my feelings when they’re not pleased with what I’m presenting. I want it to be perfect for them. I want them to have a different sense of pride in my music.”

49. “I want people to be like, ‘Your album’s just as good as Kendrick’s or Esperanza Spalding or Beck. I work just as hard as them.”

50. “Hip hop is all about impact, baby. You can sell records, you can be two-times platinum, you can be gold, but if you lame, you lame, man. We try to provide the exact opposite of that. It’s style, individuality, confidence. We exude that.”

52. “You don’t necessarily pick the singles that you want when you’re making a record, but for the most part, it’s the same process. You’re the artist. You make the music that you want to make.”

53. “I’m just trying to make the best music I can possibly make and represent the new class or whatever.”

54. “I’m learning as I go. I don’t know everything. I never had anybody to look at, nobody ever taught me, and where I’m from, I didn’t have any famous role models.”

55. “A lot of my female fans discovered me through the passion I have for bettering myself. Not to say the dudes don’t, but my female fan base is based off women who want to do better.”

56. “For the price of fame, what would you do to have them say your name? It is such a shame.”

58. “TV killed the radio and then the internet slit the television throat.”

60. “There’s a lot of real unity and a lot of fake unity, sadly. I think a lot of people are going to get an opportunity to pursue greatness and pursue careers outside of D.C. Not everybody is going to make it. I think there’s a connotation that there’s a lack of rappers out there.”

Did These Wale Quotes Motivate You to Keep Working for Your Goals?

Wale dedicated his whole life to his passion for music. Despite his works not getting enough recognition, his perseverance and love for his career helped him keep going.

It is an admirable quality of Wale to have tireless devotion to the world of rap and music. After all, not everyone has the will to continue reaching their dreams despite the struggles and hardships. He is a motivation for so many of us going through the same thing.

We hope these Wale quotes were able to inspire you to never give up your dreams. After all, we can only live a meaningful life by living the dreams inside us.

Did you learn a lot in this Wale quote collection? Have you listened to Wale’s songs? Don’t forget to comment below!