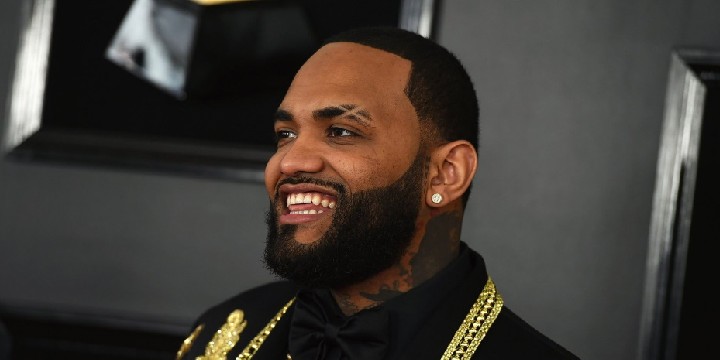 These Joyner Lucas quotes will inspire you to express yourself to the world fearlessly.

Joyner Lucas is an American rapper, lyricist, and singer. In 2015, he released a single titled Ross Capicchioni, which was his first extensive exposure to the industry.

The rapper is also widely known as one of the most prominent indie rap artists globally. His influence reached all corners of the world as he is a rapper who talks about serious issues and fundamental topics from which you can learn a lot. Check the complete collection of his quotes below to be inspired by his words.

And don’t miss out these J. Cole quotes and Wale quotes.

1. “A lot of artists are afraid to be themselves and afraid to tell people what it really is.”

2. “As we grow, we learn to handle situations differently than we normally would.”

4. “I’ve always felt misunderstood. Growing up, it’s been my world against the teachers’ or my parents’ word, and nobody would ever listen to me.”

5. “Show me how to be fearless often. I need real guidance. I ain’t scared of options. When life was blurry, you made it clearer. And God forbid if you died now, I know that I’d be well taken care of. I know you’ll be there waiting for me.”

6. “My videos are meant to make people look at themselves at the end of the day. They all have a message.”

8. “Nobody is really going to bring my vision to life like the way that I am. Before I was doing my own music videos, it was not really my vision.”

9. “Born and raised here, got expelled from school here, sold drugs here, got caught doin’ a bunch of dumb sh*t and went to jail here. Been through the mud here. Got a police record here. Almost gave up here, then I figured it out. Now, I got the key to the city here.”

10. “I’m not trying to make everything this fantasy world about how I’m living this lavish life that I’m not really living.”

11. “I think everybody’s gone through some racist moment in their life.”

13. “I stopped watching sports because I didn’t want to watch someone running up and down the field making millions, and I’m not doing anything about it. That methodology made me go harder and take control of my career.”

14. “It’s amazing how I teach him all about life, and in return, he teaches me what life is all about.”

16. “I always struggled with the idea of forgiving my enemies.”

17. “I purposely put myself in places that I was when I was hungry. I’ll literally go back to the old apartments I used to live at and seek out the old car I used to have, and sit in there. Maybe borrow it or drive around so I can feel what it feels like. I would go to Florida and go to my old apartment complex, and sit on the steps so I could get that energy. I’ll purposely seek out old friends I went to school with so I could feel the energy of that point and time. It keeps me grounded so I never forget where I come from.”

20. “Life is different now and sh*t has changed. It’s kind of like a time capsule for me where the new me is able to go back in time, with all of the assets and my accomplishments I have now, and to put myself back in those places and soak in the vibe.”

Joyner Lucas Quotes That Will Teach You About Love

22. “When you told me that you loved me, boy, I know you meant it. You suck the soul out of my body with your own intentions. Now, I’m stuck inside the life of prostitution, no discretions. And all you do is beat my *ss and leave me slowly breathless. But we don’t have the type of bond we used to have before, but I ain’t mad at all.”

23. “And I still remember your baby shower like it was yesterday. And to your mom, it was special, me, just another day. I wish that you could see the pictures, all the fake, phony smilin’. Had to pretend that I was happy. Deep down, I was cryin’.”

24. “I think I’m falling in love with a ballerina. Just let me hit it, and I ain’t waitin’ for a marriage neither.”

25. “Look, I really feel lost without you. I hate the fact you think the world is better off without you. And my mind’s spinning. This is the line finish. Truth is, I don’t care how you feel about my feelings. And I’d be lying to you if I told you I’m fine. Listen, I know that you can hear me. All I need is like five minutes.”

Joyner Lucas Quotes to Give You Insight Into Music

27. “Eminem has been someone that I’ve always considered the greatest ever, to ever do it. You know what I mean? In every aspect, the storytelling abilities, lyrical ability, honesty. You can hear it in my music that I’m heavily influenced by that.”

28. “I would tell other artists to trust your gut and believe in your art. Find the right tools to help you create and manage and distribute your music.”

29. “My goal has always been to show it doesn’t require a major label to be a successful artist.”

30. “When I did ‘Happy Birthday,’ I wrote the treatment for the video before I wrote the record. and once I wrote the video, I had a clear understanding of what I wanted. I created the soundtrack to that video.”

31. “I feel like that if I died, I would be a legend. I feel like there’s so much content, and I honestly feel if I go early, that’s when people do their research for real and get hip to you.”

32. “I began seeing certain things happen in my life and other people’s lives and getting inspired by it and writing about it. And that’s where you get ‘Happy Birthday’ from and ‘Ross Capicchioni’ from, or you even get ‘I’m Sorry’ from.”

More Joyner Lucas Quotes and Lyrics From His Songs

33. “You finally got some paper. Couldn’t wait to get it, and it doesn’t really matter ’cause you’re still lame. No matter how much cake you got, it wouldn’t make a difference. I’m tired of all you rappers wantin’ free verses. The f*ck up outta here this how I make a living.”

34. “Young and reckless, different women part-time, and I wasn’t ready for that life yet. I was in my dark prime. Me and your mom ain’t get along, and she gave me a hard time. I really think that we just crossed paths at the wrong time. I wasn’t happy when she said she was pregnant. Probably the worst news of my life. That sh*t was so depressing. I told her she should get an abortion, and I really meant it. I’m sorry that I said that sh*t, so I was tripping.”

35. “I went to work late and missed out. But Grandma told me, ‘In 10 days, you’re kicked out.’ I never went to Sunday school. I skipped out. And then went to the mall and got draped up and tripped out. I used to listen to Bon Jovi and hang with my aunt Rosie. Then she calls the cops on me. Crack in my socks runnin’, my neighbor up top sold me. Nowhere to run now, ‘Thanks a lot, homie.'”

36. “He walked into the same store on the block. Just so happen to be the same exact store that got robbed. What a coincidence. That sh*t is just as weird as I thought. The clerk rang him out and said, ‘That’ll be $18.25.’ And then he held that hundred out with the red number written on top. And then everything stopped.”

37. “All you do is flash your money and fortune. You ride around in that Ferrari and Porsches. And all you talk about is Bugatti and foreign. You walk around like you somebody important. You surrounded by leaches and beggars, and none of them n*gg*s wanna see you do better. I bet they plotting wanna see what you got. ‘Cause you brag a lot and make it seem like they jealous.”

38. “I mean the food gone, ain’t nothing left this year. We done ate that sh*t. Funny how they told me to stack this year. Now, a n*gg* gets colder than central air.”

39. “I tried to run away from home before the *ss beatings. All I wanted was some clothes, but it’s tax season. I love it when they are Black, but they act Rican. A pastor thinks that I’m half Black and half-demon. What the f*ck is she tryin’ for? What’s mine is yours. What’s yours is mine, and I’m down for it, we ridin’ for it. We wanted this a long time ago. What you aim for?. Goddamn, you let me down again. Way to go.”

40. “I told my brother that I love him, then I put the phone down. Gotta be rollin’ with them fellas that be in the ghost now.”

Did These Joyner Lucas Quotes Motivate You to Express Yourself?

Joyner Lucas is an artist who did not care for fame. He was a person who made himself heard by talking about deep topics about society. Music is how he tells stories of his life’s experiences and learnings.

Lucas’ experiences made him struggle, but he also found his love and passion for music to express himself. The rapper reminds us to find hope using music and art through his songs. He shares awareness using his platform for people who go through the same thing.

We hope that these Joyner Lucas quotes were able to give you the courage to make your voice be heard. Don’t feel hopeless because there are people who will surely listen.

Which Joyner Lucas quote is your favorite? What lessons did you learn from today’s collection? Comment down your thoughts!