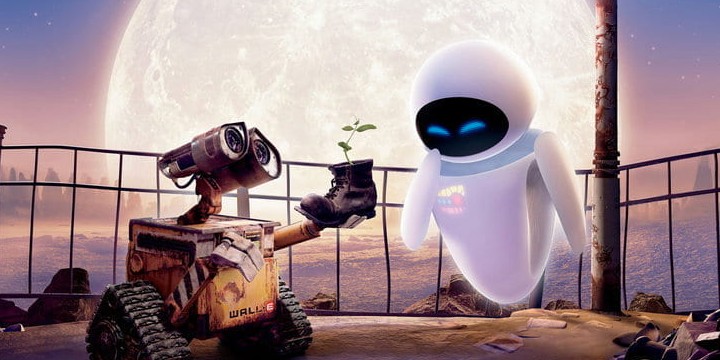 These WALL-E quotes will remind you that our world needs a break, too!

Disney is known for producing G-rated movies with valuable lessons for all ages. WALL-E, released in 2008, is arguably one of the best examples of this.

The plot starts with Earth being uninhabitable due to decades of mass consumerism. As a result, humans abandon the trash-filled planet and choose to live in space. But, to clean the waste they left behind, people created and left a trash-compacting robot named WALL-E on Earth.

Despite the unending waste, WALL-E never skips his duty to clean up our planet. His efforts were fruitful; everyone rejoiced when he came across a young plant growing in the trash! Through this discovery, people conclude that Earth can sustain life again.

It turns out that the little plant found by WALL-E will be the key to restoring the planet. Indeed, this movie inspires us to protect our environment before it’s too late. If you want to get more motivated by the underlying messages of the WALL-E, read on!

1. “This is called farming! You kids are gonna grow all kinds of plants—vegetable plants, pizza plants. Oh, it’s good to be home!” – Captain B. McCrea

2. “Wait, that doesn’t look like Earth. Where’s the blue sky? Where’s the grass?” – Captain B. McCrea

4. “12:30? AUTO, why didn’t you wake me for morning announcements? Honestly, it’s the one thing I get to do on this ship. Well, good morning, everybody, and welcome to day 255,642 aboard the Axiom. As always, the weather is a balmy 72 degrees and sunny, and, uh—oh, I see the ship’s log is showing that today is the 700th anniversary of our five-year cruise. Well, I’m sure our forefathers would be proud to know that 700 years later we’d be doing the exact same thing they were doing. So, be sure next mealtime to ask for your free sesquicentennial cupcake in a cup. Wow, look at that.” – Captain B. McCrea

5. “Too much garbage in your face? There’s plenty of space out in space! BNL starliners leaving each day. We’ll clean up the mess while you’re away.” – Voice in Commercial

Captain B. McCrea: “Unsustainable? What?”

Captain B. McCrea: “No, wait a minute. Computer, when was the message sent out to the Axiom?”

AUTO: “Sir, orders are do not return to Earth.”

Captain B. McCrea: “But life is sustainable now. Look at this plant. Green and growing. It’s living proof he was wrong.”

Captain B. McCrea: “What? It’s completely relevant. Out there is our home. Home, AUTO. And it’s in trouble. I can’t just sit here and do nothing. That’s all I’ve ever done! That’s all anyone on this blasted ship has ever done. Nothing!”

AUTO: “On the Axiom, you will survive.”

Captain B. McCrea: “I don’t want to survive. I want to live.”

Captain B. McCrea: “I’m the captain of the Axiom. We are going home today.”

WALL-E Quotes to Show You the Power of Technology

Axiom’s Computer: “Hoedown. A social gathering at which lively dancing would take place.”

Captain B. McCrea: “AUTO! Earth is amazing! These are called ‘farms.’ Humans would put seeds in the ground, pour water on them, and they grow food—like, pizza!”

Captain B. McCrea: “That’s right! The plant! Oh, you want it? Come and get it, blinky.”

WALL-E Quotes That Are Short Enough to Remember Forever

18. AUTO: “All communications are terminated. You are confined to quarters.”

Captain B. McCrea: “No! Mutiny! Mutiny!”

19. “A is for Axiom, your home sweet home. B is for Buy N Large, your very best friend.” – Teacher Robot

Captain B. McCrea: “AUTO, EVE found the plant. Fire up the Holo detector.”

AUTO: “Not necessary, captain. You may give it to me.”

Captain B. McCrea: “You know what? I should do it myself.”

AUTO: “Captain. Sir, I insist you give me the plant.”

Captain B. McCrea: “What are you talking about? Why not?”

AUTO: “That is classified, captain. Give me the plant.”

Captain B. McCrea: “What do you mean ‘classified?’ You don’t keep secrets from the captain.”

Did This Collection Make You Realize the Negative Impact of Mass Consumerism?

When the time comes that nature isn’t capable of sustaining what people need, they’ll abandon it—or worse, blame it for being useless. Nature’s inability to recuperate is one of the significant threats we are seeing today. Sadly, humans never really understand its value until it’s too late.

We must not wait for the planet to reach its downfall before we take action. Remember, preservation is far better than restoration.

Additionally, in WALL-E, people became so dependent on machines that they could not perform even the most basic tasks. This resulted in their health and fitness crashing. In the end, they were living mundane lives, and happiness was nowhere to be found in their daily lives.

So, use your abilities for good! No matter how big or small you think your role is in society, don’t forget that you can be an instrument for protecting our environment from its demise. Simply throwing garbage properly, planting trees, or limiting excessive use of gadgets is a great help.

Remember, nature provides us with many beautiful things, and the only way to pay it off is to save it from damage. Hopefully, this collection was able to remind you that there’s no place like home. Always think of the good of the planet and our environment!